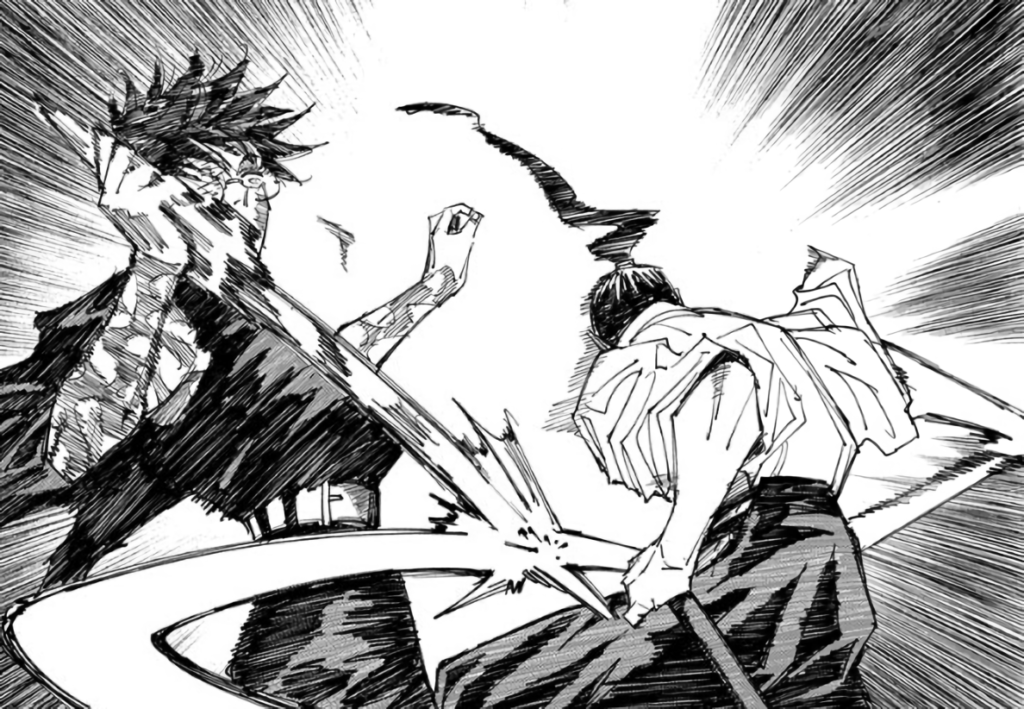 The beginning of a new week can only mean one thing: time for new Weekly Shonen Jump! This is where Jacob investigates the latest and greatest in the magazine, telling you what’s worth your time and what’s not. You can find coverage of other series under the tag Jump Time. Here’s Jujutsu Kaisen chapter 148.

When it was revealed that Naobito named Megumi as the next head of the Zenin clan in his will, it probably went without saying that things weren’t going to be that easy. Several obstacles lie in his way, including his own reticence to take up the role, and Jujutsu Kaisen chapter 148 sees many of these problems come to a head.

First of all, it’d be impossible to discuss Jujutsu Kaisen chapter 148 without mentioning the fact that this is the first chapter in four weeks. Gege Akutami took several issues off, presumably to fix his schedule after additional work on the anime, so I hope he’s well rested. Welcome back, Akutami-sensei! 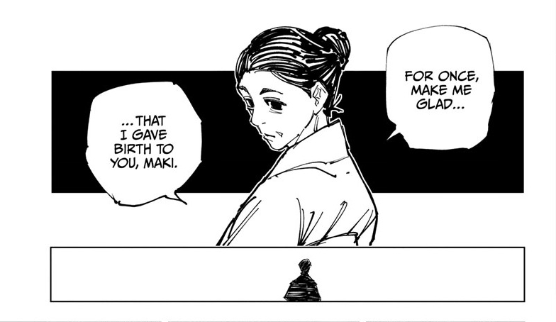 In any case, Jujutsu Kaisen chapter 148 is all about Maki’s preparations for the Culling Game in cooperation with Megumi and Okkotsu. She heads to the warehouse to gather the Zenin clan’s collection of Cursed Tools, but comes up against several obstacles along the way: firstly, Naoya’s jibing along with her mother’s. This furthers the idea that Maki is the black sheep of the family, already established in previous parts of the series.

Moreover, she comes up against a fearsome opponent in the warehouse itself: her father Ogi, who preemptively moved all the Cursed Tools beforehand and also captured her sister, Mai. As they clash, it becomes clear through Naoya and Jinichi’s conversation that the plan of the old guard is to execute Maki, Mai, and Megumi under the pretense that they are plotting to free Satoru Gojo from the Prison Realm: a cutthroat way of maintaining control, but one that perfectly sums up the caprice and duplicity of the three big jujutsu families. 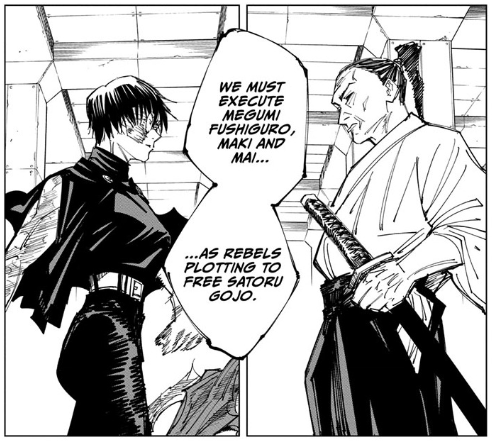 There’s quite a lot to take in from Jujutsu Kaisen chapter 148, to be honest, including how Maki manages to convince Megumi to become the head of the Zenin family, but whether she’ll even live to see this happen is another question. Several strikes from Obi have her collapsed on the floor by the end, leading to the assumption that she’s dead.

Considering that Yaga already died in the last chapter, it’s clear that Akutami isn’t afraid of killing off even major characters, so it’s certainly a possibility. I suppose that this really is a ‘culling’ game not just in name only!

You can read Jujutsu Kaisen chapter 148 for free via VIZ Media.