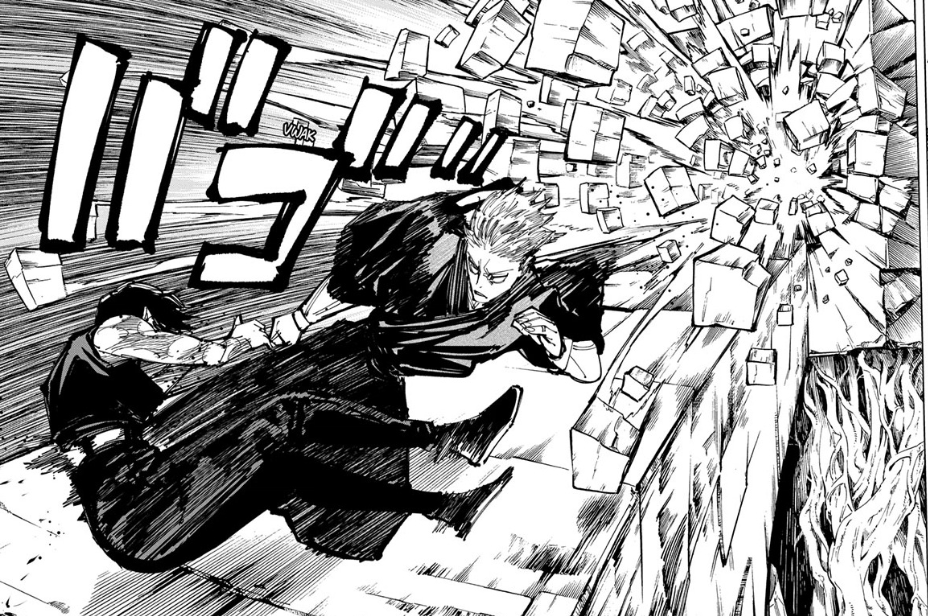 The beginning of a new week can only mean one thing: time for new Weekly Shonen Jump! This is where Jacob investigates the latest and greatest in the magazine, telling you what’s worth your time and what’s not. You can find coverage of other series under the tag Jump Time. Here’s Jujutsu Kaisen chapter 151.

If it wasn’t already obvious that Maki had become the new Toji, then Jujutsu Kaisen chapter 151 makes this parallel extra clear by exploring Naoya’s relationship with him.

All of this happens while Maki and Naoya are fighting, which is impressive in and of itself. Much like his grandfather, Naoya uses Projection Sorcery, forcing anyone touched by him to move at twenty-four frames per second. This proves difficult for Maki at first, but then she cottons on to the Cursed Technique’s rule and uses it to predict where her older cousin is going to be. A swift punch to the face follows, putting an end to the clash.

What’s important to highlight here is that Maki wouldn’t have been able to do this in the past, giving us our first indication of what she gained in exchange for the life of her sister. It’s stated quite clearly in Jujutsu Kaisen chapter 151 that ‘In exchange for Mai’s life, Maki had gained a body of steel that had broke away from Cursed Energy.’ In addition, Maki remarks at the very end, ‘You make 24 movements per second. With this body, I can finally see that.’ All in all, this is a very similar set of powers to Toji, except for the fact that he also had a large arsenal of Cursed Tools. 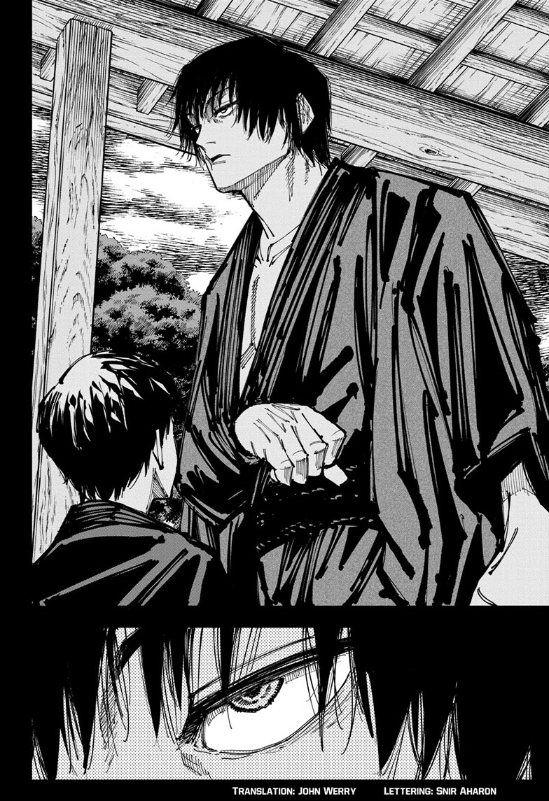 Even so, Naoya isn’t able to accept this. As it turns out, he actually looked up to Toji quite a lot when he was a child, declaring that ‘the sin of the insignificant is ignorance of strength.’ Probably one of the best parts of Jujutsu Kaisen chapter 151 comes right at the beginning when the narrative flashes back to Naoya’s childhood, showing us when he came face to face with the black sheep of the Zenin family for the first time. It’s honestly incredible just how much gravitas Toji is able to command in a single panel!

For whatever reason, Naoya just isn’t able to accept that Maki is the new Toji even at the very end, calling her an impostor relentlessly. Perhaps its egotism, perhaps its ignorance, or perhaps it has something to do with the disdain and prejudice that he has treated his younger cousin with throughout his entire life. Regardless, the final blow at the end of Jujutsu Kaisen chapter 151 might force him to change his mind, although whether he’ll live through it is another question entirely.

With Naoya out of the way, it appears as if Jujutsu Kaisen chapter 151 has drawn the relatively short ‘Perfect Preparation’ arc to an end. I’ll remind you that this is all just in anticipation of the Culling Game proper, so there’s plenty more excitement to be had yet. I’m just happy that Maki is going to be a part of it, to be honest.

You can read Jujutsu Kaisen chapter 151 for free via VIZ Media.