Four ‘Jujutsu Kaisen’ CMs Get Us Hyped for the Upcoming Anime 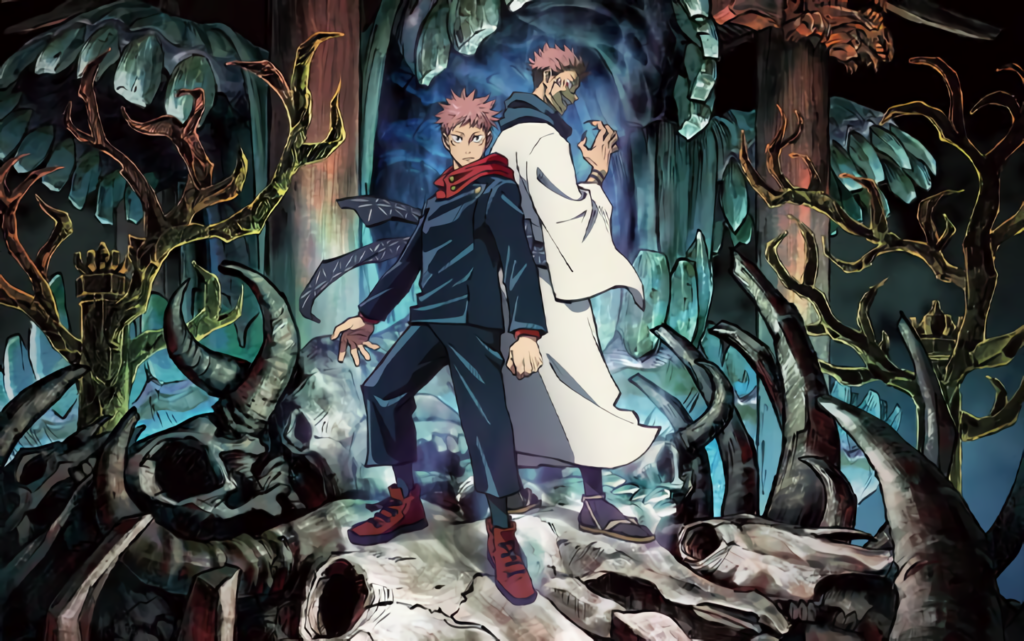 With everything else that is going on right now, I wouldn’t blame you if you forgot that the Jujutsu Kaisen anime is coming out in a matter of months. Helmed by Studio MAPPA, this Weekly Shonen Jump adaptation is garnering significant attention and may be the first step in establishing Gege Akutami’s dark fantasy series as a multimedia behemoth along the lines of My Hero Academia. In any case, MAPPA has just released a bunch of Jujutsu Kaisen CMs to remind us about the upcoming anime, as well as give us a small taste as to what we can expect when it comes to style and atmosphere.

There are four Jujutsu Kaisen CMs currently streaming via the anime’s official Twitter account. Each one of them focuses on a different member of the series’ main quartet: the protagonist, Yuji Itadori; his classmates Megumi Fushiguro and Nobara Kugisaki, as well as their teacher and mentor, Satoru Gojo. That last one is featured below, because he is by far my favorite character.

These four Jujutsu Kaisen CMs mostly reuse footage from the series’ initial PV, but they do serve as a useful indication as to what kind of aesthetic MAPPA is going for in this anime adaptation. Cut together with pumping tribal music, the grimy filters and frantic editing show that the studio has nailed the dark, oppressive atmosphere of the original manga and is hoping to elevate that through the medium of animation.

As mentioned, these Jujutsu Kaisen CMs also serve as a useful reminder that the anime is set to air this October. That honestly still surprises me, as we have seen very little of the project thus far – we’ve only gotten one fully fledged PV so far, and these short promotional videos do reuse footage from it. One can only hope that this is not an indication that the project is being rushed for the sake of expediency, but only time can tell.