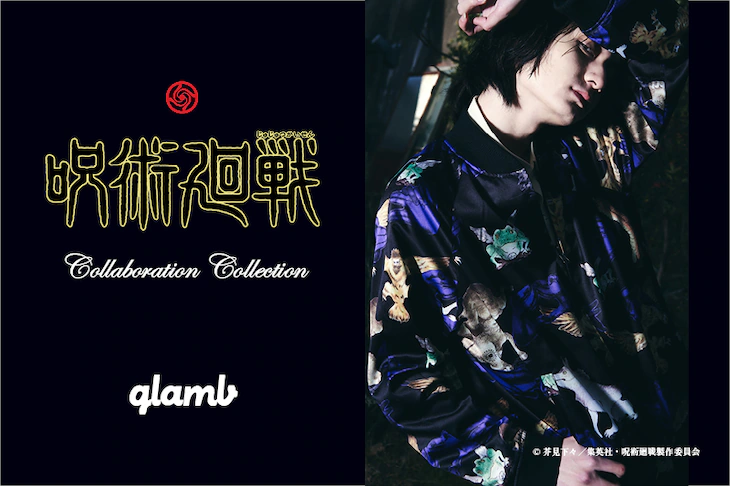 Now that I think about it, it’s been a while since I’ve stopped inside a Hot Topic. As someone who used to shop there as a teenager, I still like to check in from time to time to see what sort of anime and metal tees appeal to the newer generation. You’d think that with Jujutsu Kaisen being the new shonen darling, Hot Topic would at least warrant a few edgy T-shirts, but alas, one quick search on their website shows nothing of the sort. Fear not, because the fashion line glamb has got you covered. 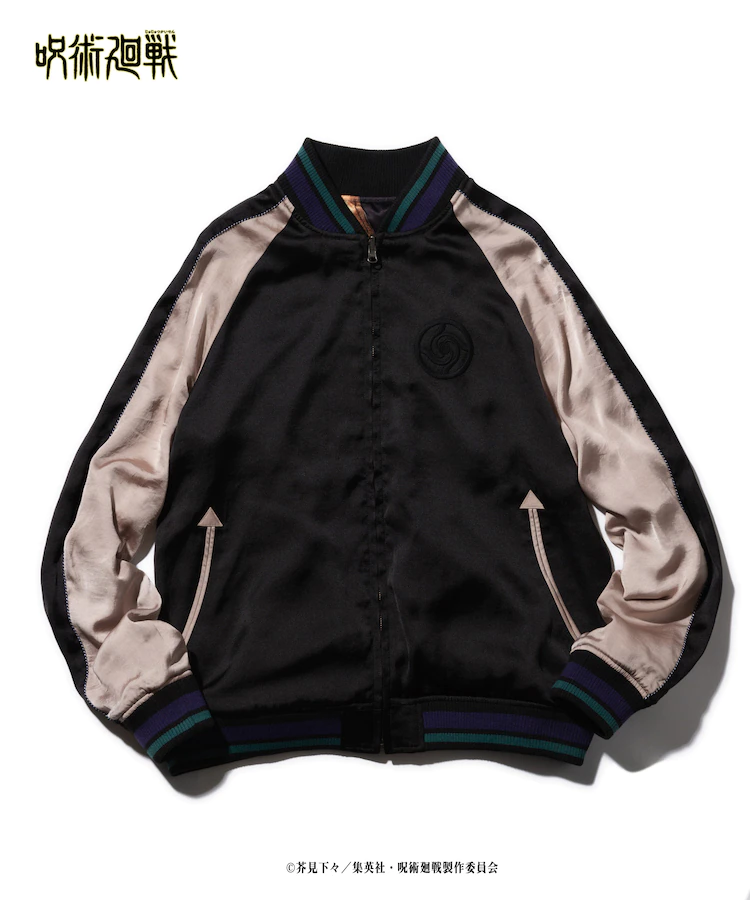 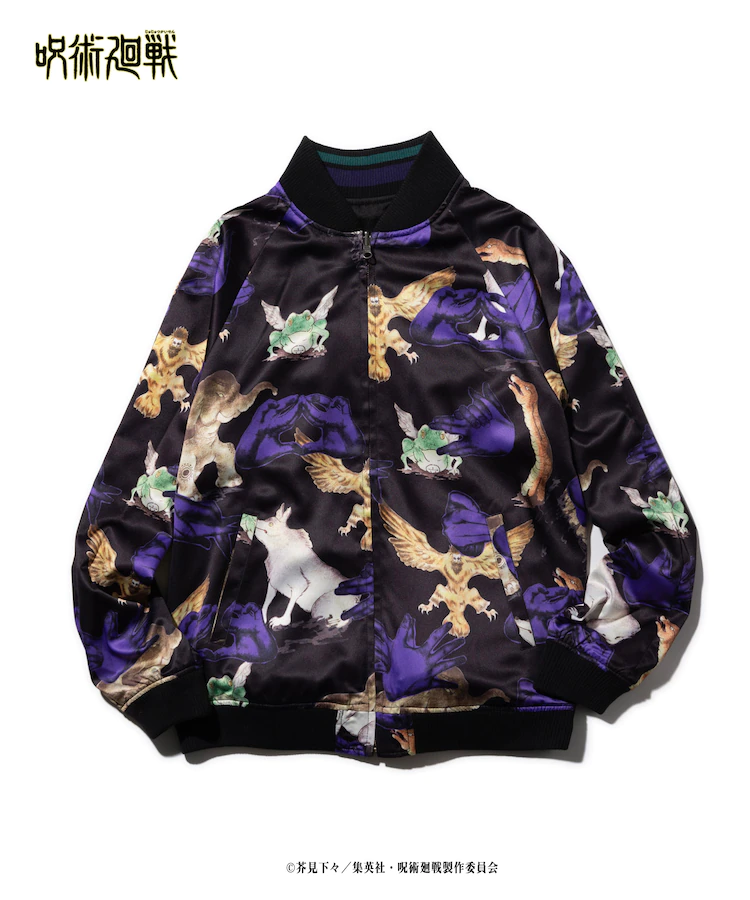 Glamb will roll out a line of Jujutsu Kaisen items embodying the dark elements of the popular shonen series. Their reversible long-sleeved jacket’s one side comes complete with a classic letterman style with the Tokyo Jujutsu High logo embroidered on the front and back. The other side reveals a sludgy, psychedelic montage of the anime’s demonic shikigami. 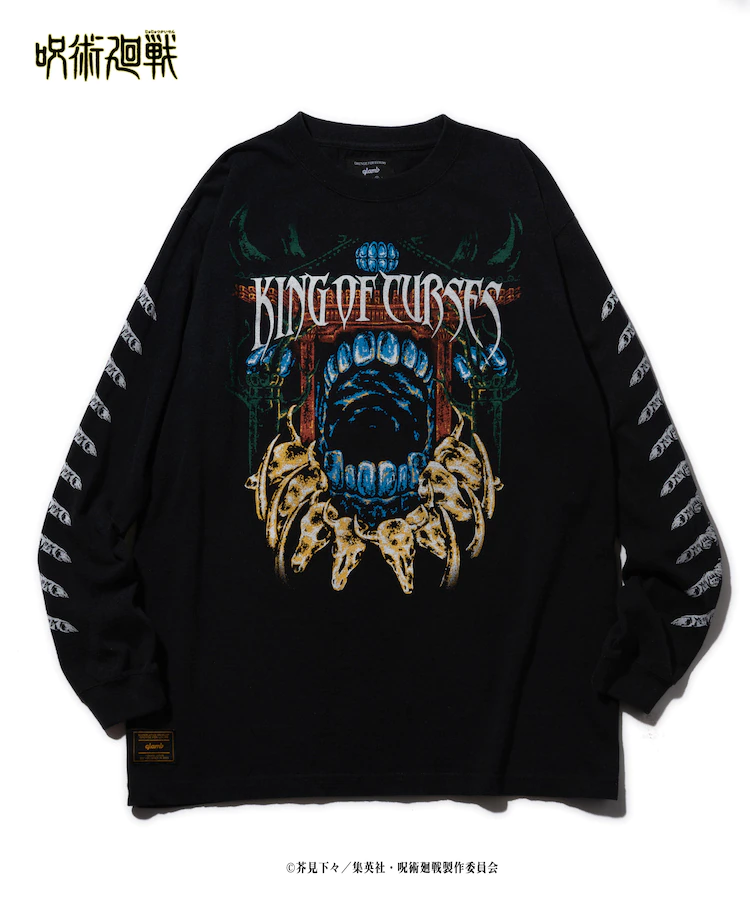 You’ve also got these long-sleeved tees that represent series antagonist Ryomen Sukuna. Apparently whoever designed the tees did not think that the King of Curses was not brutal enough, so they warped Ryomen’s title with demonic-looking text and placed it on top of an evil torii adorned with skulls and a screaming mouth leading to the bowels of Hell. Looking at it practically makes me forget that I’m looking at an anime tee, but rather a tee for a thrash metal band I’d totally go see. 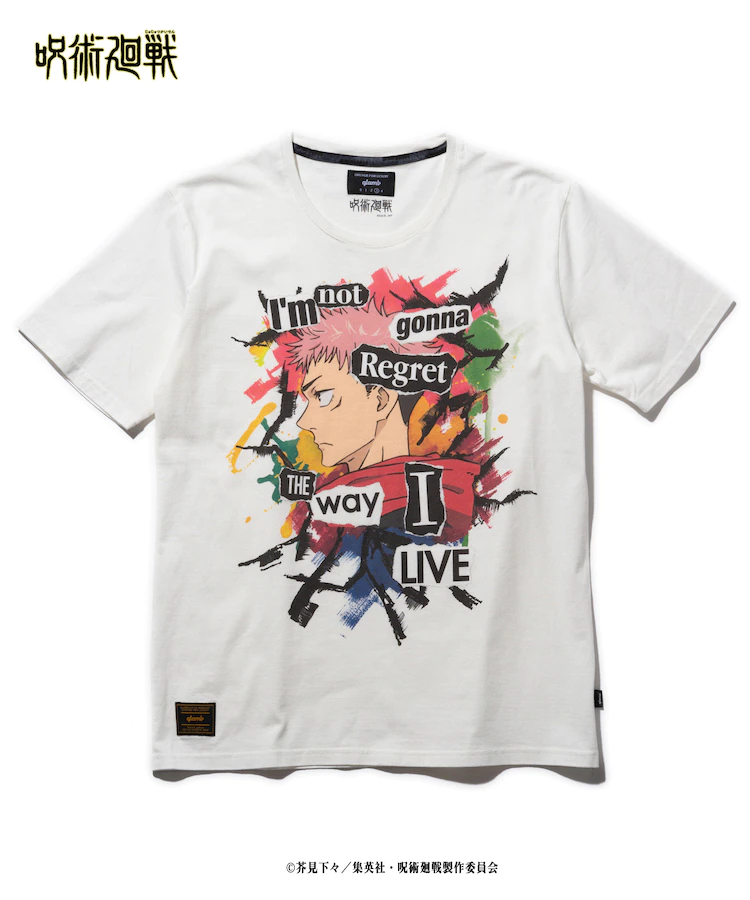 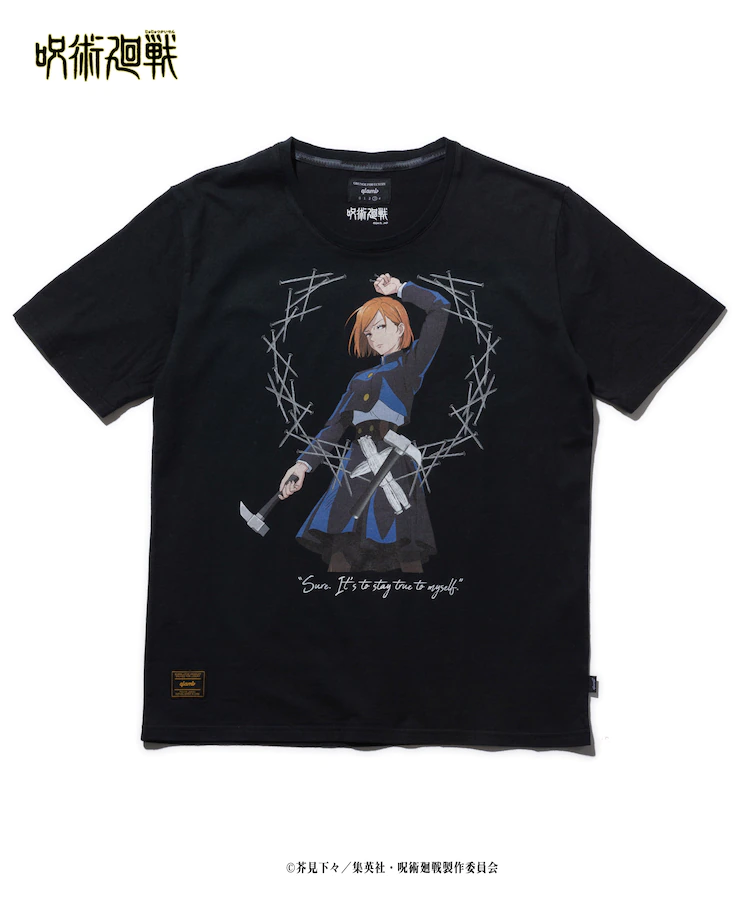 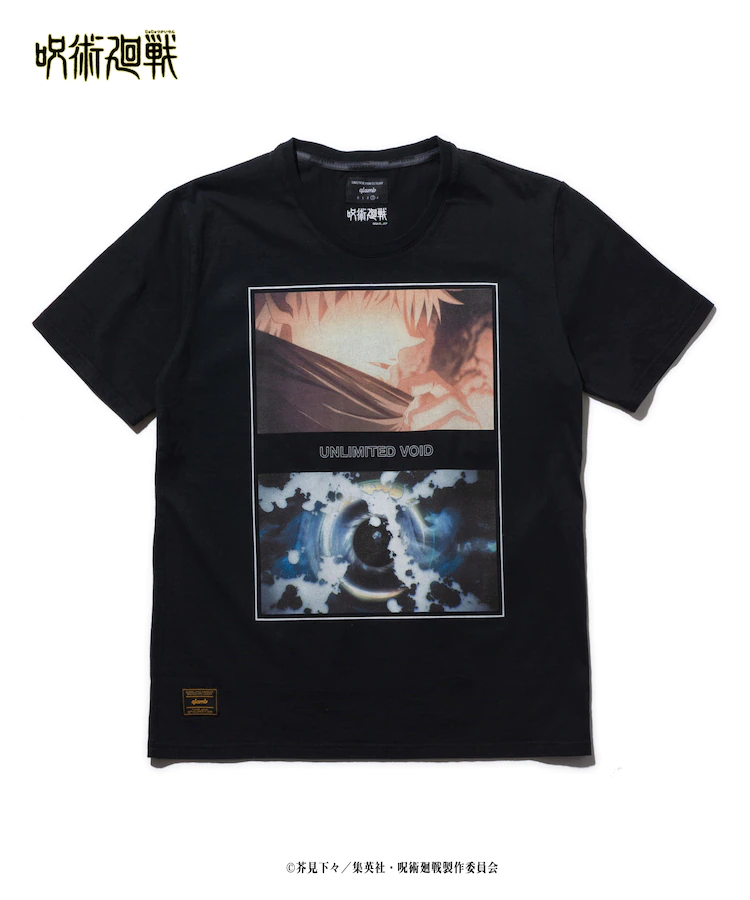 Finally, there are three short-sleeved tees that feature Yuji, Nobara, and Satoru. Yuji’s shirt comes with the quote ‘I’m not gonna regret the way I live,’ and while the least metal of the three, it is still a nice one with a vibrant range of colors complimenting the quote and Yuji’s design quite well. Nobara’s tee ups the ante a little bit by being equipped with her metal hammer and nails floating in mid-air. Satoru’s is the most metal of the three, although not in the heavy and archaic manner you’d expect. Looking at Satoru’s usage of Unlimited Void complete with its minimalistic text and display of empty void-ness weirdly enough reminds me of something I’d see on tees of more experimental bands like Nine Inch Nails or Deftones. And I’m not complaining.

The Japanese fashion label glamb knows how to add a certain musical flair to their merch. This shouldn’t be a surprise since they launched a line of Rolling Stones t-shirts celebrating Mick and Keith and the boys’ long-awaited first tour of Japan back in 1990.

But of course, there’s more: glamb has also become known for their so-called ‘Grunge for Luxury’ aesthetic, which complimented their first line of Jojo’s Bizarre Adventure merch from a few years back. Their recent Jojo’s merch line-up was a tinge darker, showcasing more of a gothic emo flair. Some might say this contradicts the classic rock stylings of Jojo’s, but in my world, it’s fitting that emo, the genre that arguably served as grunge’s spiritual successor, would have its place as well.

You can buy glamb’s Jujutsu Kaisen merchandise on their website!