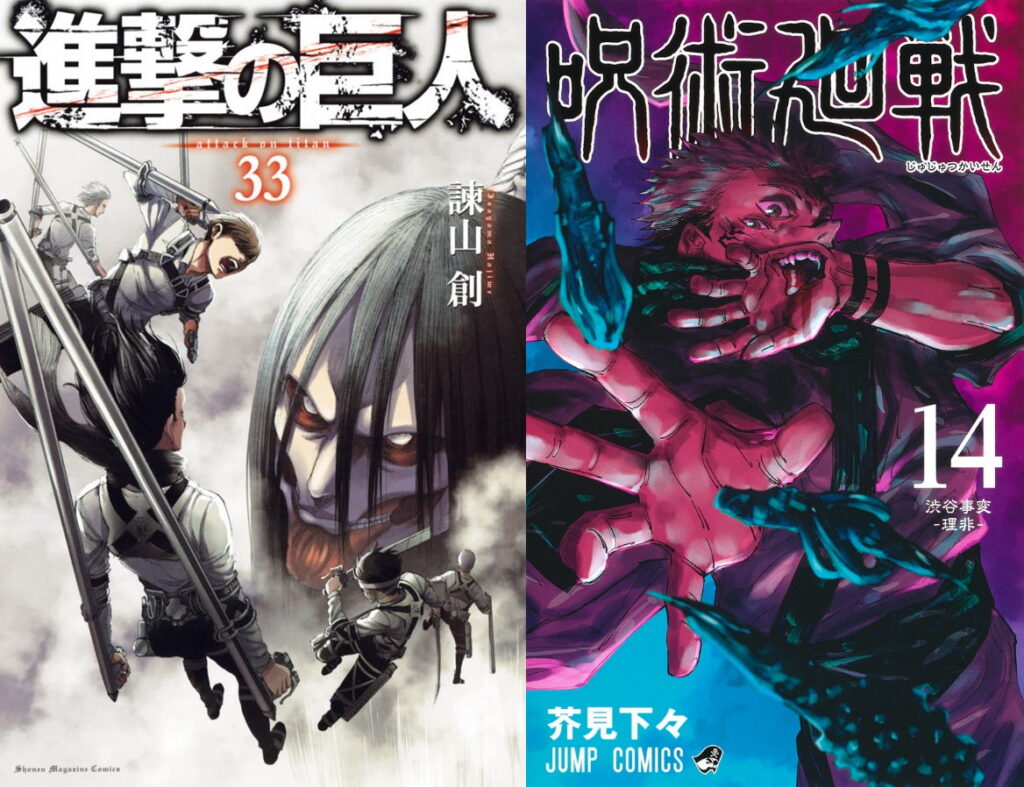 It feels like just the other day that Demon Slayer: Kimetsu no Yaiba broke yet another Oricon sales record and managed to achieve the company’s first complete sales monopoly. Just last week, though, Jujutsu Kaisen just narrowly missed out on obtaining a complete monopoly of its own: although the latest volume of Attack on Titan took the top spot, numbers two through sixteen were taken by Gege Akutami’s dark fantasy series. This confirms that, without a shadow of a doubt, it is on track for Demon Slayer-style success.

According to sales data published by Oricon on 25 January for the week from 11 to 17 January, Attack on Titan volume 33 managed to rank in at number one by selling 227,000 units, despite initially releasing on 8 January. This shows that Hajime Isayama’s series is still popular, especially as it careens towards an imminent conclusion.

All the currently released collected volumes for Gege Akutami’s Jujutsu Kaisen, however, took up the remaining top ten and even stretched down to number sixteen (given that there are fifteen volumes in total including volume ‘zero’) in Jujutsu Kaisen’s first sales monopoly, although not complete. It also appears to be the first franchise to do so since Demon Slayer back in October.

What’s more, if you put together all of Jujutsu Kaisen’s volume sales for that week, it would easily surpass the likes of Titan volume 33, which goes to just how many damn books were sold. This is also the first time that the series’ latest fourteenth volume has come in at the top, suggesting that those picking up the manga influenced by Studio MAPPA’s anime have finally caught up, and the current readership is growing.

Speaking of the anime, one can’t possibly separate Jujutsu Kaisen’s first sales monopoly from the fact that the week of 11-17 January came at the back end of its first week without a proper anime episode. Although there was a New Year’s Special broadcast on 9 January, it was on 16 January that the second cour properly began. In the time between then and 26 December, it’s therefore safe to assume that people either got caught up or were so desperate to continue the story that they purchased the backlog.

And who can blame them? You can read Jujutsu Kaisen for free via VIZ Media.