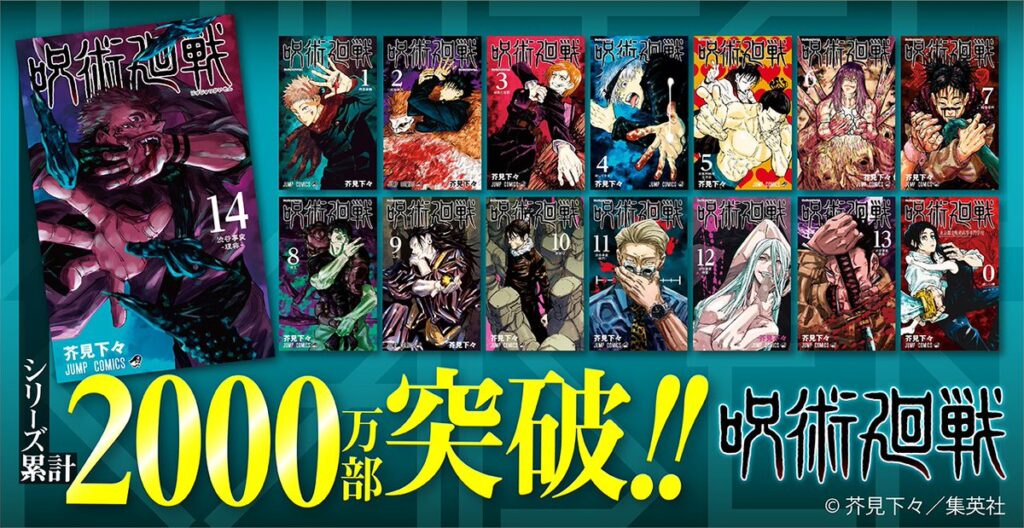 Gege Akutami’s Jujutsu Kaisen just keeps surpassing one sales milestone after another. Although it only just hit 15 million copies in circulation last month, the series’ official Twitter account announced today that it had surpassed 20 million. Buoyed by the success of the anime, it appears as if this manga is on track to beat some of Weekly Shonen Jump’s other heavy hitters. Watch out, My Hero Academia.

The influence of Studio MAPPA’s anime can be seen in Anime News Network’s report, where it states that Jujutsu Kaisen’s sales ‘jumped 235%’ after it began last October. The series had 8.5 million copies in circulation at the start of that month, reached 10 million by the end, and hit 15 million in December.

That’s not really that surprising, considering that the adaptation is very good (possibly even better than the source material), but the speed at which Jujutsu Kaisen’s sales have increased has certainly been a thing to behold.

Incredibly, it is now on track to match and even outperform My Hero Academia by Kohei Horikoshi if it keeps up the same pace during the anime’s second cour. Even a fraction of the series’ performance in the past three months would be enough to match My Hero’s reported 30 million copies in circulation, and if it repeats the same increase of 11.5 million? It could even surpass Weekly Shonen Jump’s third highest-selling ongoing series.

A manga boosting its sales after getting an anime is a fairly normal thing, but Jujutsu Kaisen’s case is undoubtedly a little abnormal. The big question is, however, why? Why are people flocking to Jujutsu Kaisen in such huge numbers over other Jump series? 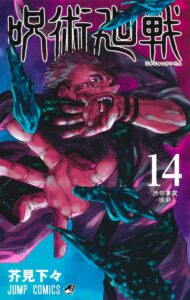 An article by Nobuhiro Miyamura on Shirabee draws a link between Demon Slayer: Kimetsu no Yaiba’s success and the likes of Jujutsu Kaisen, saying that it heralded a ‘shonen manga boom’ and a ‘renewed interest in shonen battle manga.’ He also links this to the current situation with COVID-19, saying ‘we want to feel warmth as well as exhilaration.’

Indeed, it is impossible to separate the success of the manga from the circumstances in which it has broken through, but unless we were to conduct a survey of all Jujutsu Kaisen fans, this is all just educated guesswork.

For now, it is clear from its sales that Jujutsu Kaisen is and will continue to be one of Weekly Shonen Jump’s best weapons heading into 2021. You can read it for free via VIZ Media.