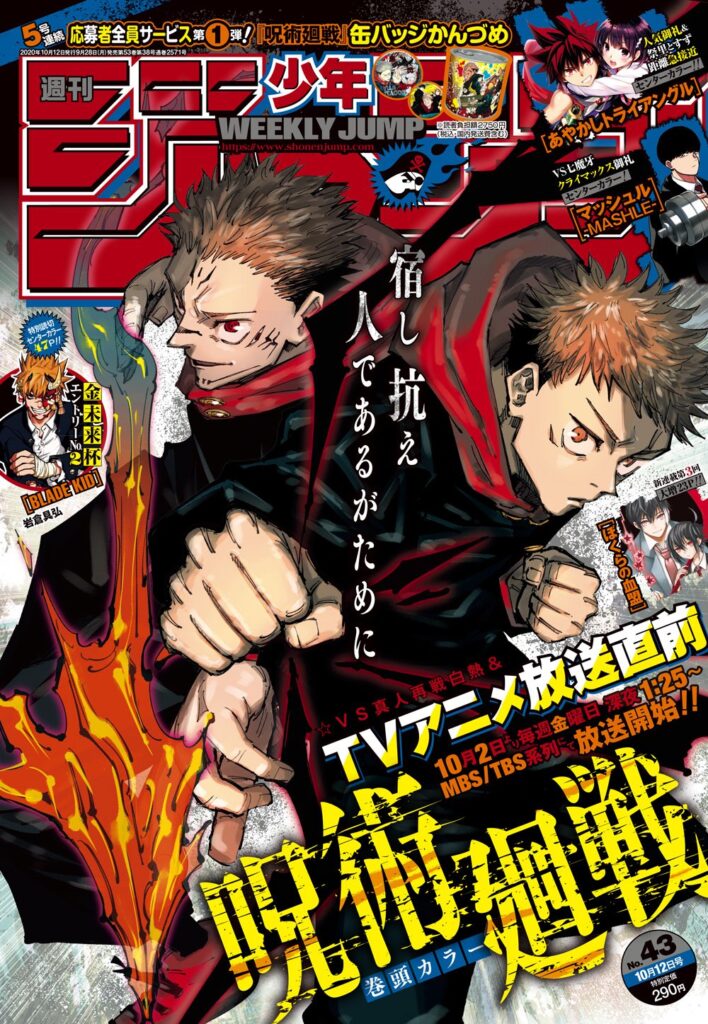 Sales for Gege Akutami’s Jujutsu Kaisen have surpassed 8.5 million, constituting a huge success for Shueisha even before the premiere of the TV anime. Oricon also points out that this is an unprecedented level of success for a new author, continuing on from the series’ first volume sales. Indeed, Jujutsu Kaisen is on track to be a massive hit – seeing where it goes from here on out will be interesting to see.

Although we have tracked sales for other Weekly Shonen Jump series such as Demon Slayer: Kimetsu no Yaiba and Chainsaw Man, we have yet to touch on Jujutsu Kaisen’s sales performance. In fact, the last time we even mentioned such a thing was back in November, when the anime was first announced – at the time, the figure sat at a total of 2 million, which is nothing compared to now.

Luckily, Oricon provides some more historic sales figures in their article. Around the time of the anime announcement, Jujutsu Kaisen’s total sales sat at around 2.5 million, before climbing to 4.5 million in May. Since then, the series’ sales have increased sharply, rising by 4 million in just four months to the current total – updated ahead of the release of the series’ thirteenth collected volume. Hype for the anime is one thing, but this is another – entirely unprecedented considering that this is the author’s first major work.

From the very beginning, Jujutsu Kaisen has been an unusual success. An editor from Shueisha was quoted in 2018 saying “Even in digital form, these are unprecedented sales for a new author” as the series’ first and second volume underwent a series of reprints. At the time of its debut, the editorial department had high expectations – praising Akutami’s “original story” and “unique characters” – but never expected anything like this. Indeed, Akutami has been surprising us all.

Looking at the series’ current arc, it’s not hard to see why Jujutsu Kaisen’s sales are on the up. The ‘Shibuya Incident’ is undoubtedly the series’ most ambitious and most bombastic arc yet, echoing Hunter x Hunter’s ‘Chimera Ant’ in more ways than one. Even if reading it week to week might be a bit confusing, you have to admire Gege Akutami’s talent.

You can read Jujutsu Kaisen for free via VIZ Media’s Shonen Jump. The anime, produced by Studio MAPPA, premieres on October 2.