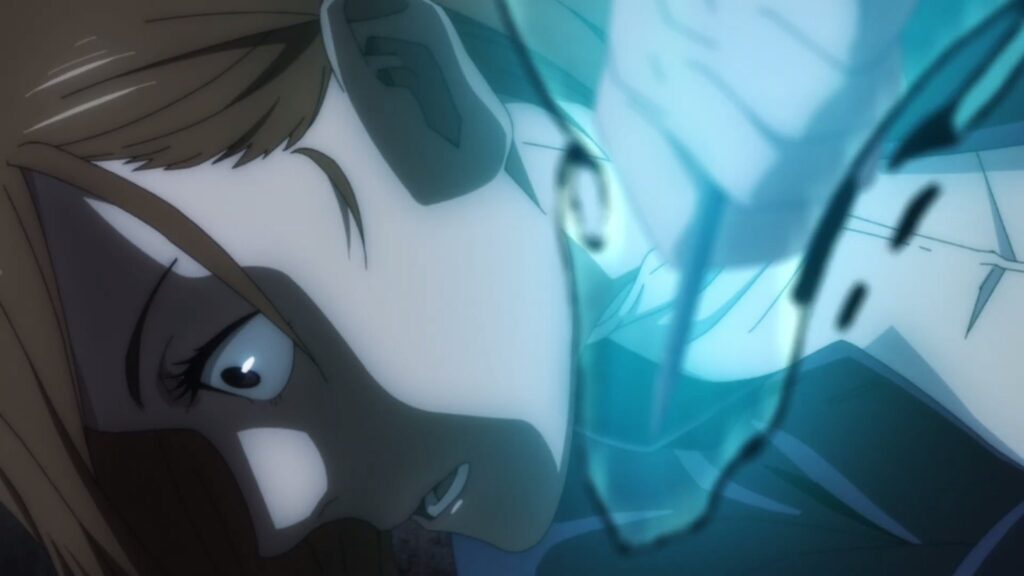 Another week, another trailer for the upcoming Jujutsu Kaisen anime. At least, that’s what I would have said before actually checking out Jujutsu Kaisen trailer 3 – the sheer amount of new footage on display, however, as well as the quality of the fight animation leaves me with no choice but to talk about it as a fan of the original manga.

It should be noted that the majority of the footage comprising Jujutsu Kaisen trailer 3 is taken from episode 1, which was streamed ahead of time via Toho Animation’s YouTube channel over the weekend. Yet, there is also a whole lot of new work on display, including some characters that we have yet to see.

These include Mihito, one of the main antagonists of the series, as well as Suguru Geto, Satoru Gojo’s classmate and a key player in the ongoing Shibuya Incident arc. Incidentally, the voice actors for these characters were also announced – those being Nobunaga Shimazaki and Takahiro Sakurai respectively. Along with ten others, it seems as if the voice cast for Jujutsu Kasien is finally being rounded out.

Furthermore, Jujutsu Kaisen trailer 3 gives us a taste of EVE’s opening song, Kaikai Kitan, which was announced earlier last month. There isn’t much more to say other than that it sounds good, matching the more upbeat tempo that the artist has been exploring lately with such songs as How to Devour Life.

really like the camera movement in this shot pic.twitter.com/wzfYM2PCyw

The most exciting part of Jujutsu Kaisen trailer 3 is, however, undoubtedly the fight animation. Again, this won’t be new to anyone who tuned in to the livestream over the weekend, but such sequences as Gojo fighting Sukuna and Kugisaki unleashing her aura powers are certainly impressive.

To be honest, I’ve watched Jujutsu Kaisen trailer 3 far too many times in order to write this article, but it never quite gets old. Studio MAPPA’s adaptation is shaping up to be everything I’d hoped it to be – and more.