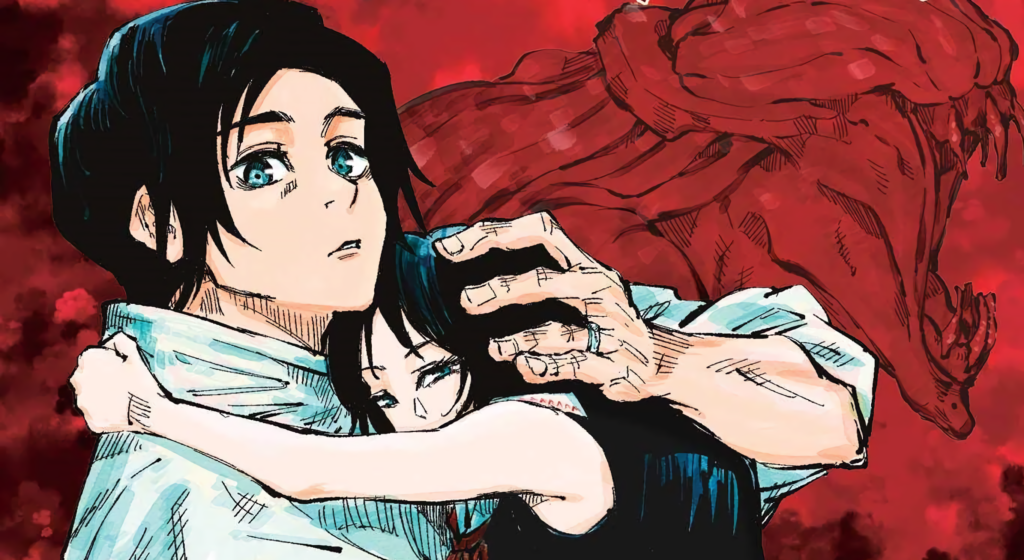 Chances are that you’re familiar with Jujutsu Kaisen, one of the hottest new series to come out of Weekly Shonen Jump in recent years. Its anime adaptation by Studio MAPPA is also doing rather well, showcasing the series’ dark fantasy style with all of the latest modern action animation techniques. But did you know that it also has a prequel series by the name of Tokyo Toritsu Jujutsu Kodo Senmon Gakko? And that it is available for you to read right now in the form of Jujutsu Kaisen volume 0?

Roughly translated into English as Tokyo Metropolitan Magic Technical School, this prequel series was originally serialized for four chapters from April to July 2017 in the monthly magazine Jump SQ. It was then released in Japan as Jujutsu Kaisen volume 0 alongside volume 3; VIZ Media also uploaded it to the Shonen Jump ‘vault’ earlier this year when Jujutsu Kaisen volume 0 was translated into English. This means that you have literally no excuse not to go read it if you already have a Shonen Jump subscription, but there are more compelling reasons to do so than that.

Tokyo Toritsu can be seen as the ‘prototype’ of Jujutsu Kaisen in the sense that it laid the basis for the later Weekly Jump series, but everything that happened in it is still canon. What’s more, absolutely nothing Gege Akutami did here in terms of character development and worldbuilding goes to waste: unlike other prototypes such as the 1988 Berserk one-shot or Burn the Witch, this is absolutely essential reading for fans of the series for several reasons.

How Tokyo Toritsu Fills in the Gaps

The first reason why you should read Jujutsu Kaisen volume 0 is because it will fill in several blanks for you that might not be necessarily addressed in the series. This became particularly clear to me recently when chapter 137 was released, introducing Yuuta Okkotsu back into the story: without reading Tokyo Toritsu, you’ll have absolutely zero idea who he is or why he is important.

It’s not just Okkotsu, either: Inumaki, Panda, Maki, Gojo, Geto, and many others all have their first introductions in Tokyo Toritsu, and you won’t get the full context behind their actions without reading Jujutsu Kaisen volume 0. For example, why is it that Inumaki is the only semi-grade 1 among the Tokyo cohort, despite that grading being very unusual for students? In chapter 2, we see why: he’s cultivated his Cursed Speech power and proved his abilities during multiple exorcism missions. This provides a bit more context on his character before we meet him in the Weekly Jump series during the Cursed Training arc.

More importantly, however, you won’t understand why Geto is so feared and reviled as the ‘Worst Curse User’ without reading Tokyo Toritsu, as this details what exactly happened during the ‘Night Parade of a Hundred Demons.’ This is mentioned multiple times in the series in passing, but is never actually explained: what was the event and how did it contribute to Geto’s renown? Pick up Jujutsu Kaisen volume 0 and find out.

To be honest, one of my initial problems with Jujutsu Kaisen when it first began was that it felt like I was missing something. Between the constant references to someone named ‘Okkotsu’ (I had no idea who he was at the time) and Geto’s sudden appearance at the end of the Cursed Training arc, I was left waiting to see if Gege Akutami would ever explain who these people were, and why they were so important. To a certain extent, that was done for Geto in the Gojo’s Past arc, but Lord help anyone who read chapter 137 without knowing who Okkotsu was!

Why the Prequel Might Be Better Than the Series

Admittedly, a lot of worldbuilding that is initially introduced in Tokyo Toritsu is brought back and re-explained later on, so not much in Jujutsu Kaisen volume 0 will come as much of a surprise to the seasoned fan. Wow, Cursed Energy exists, and so do Cursed Spirits! Nevertheless, there is an argument to be made that such initial elements are actually better explained in the prequel series, and that it contained the beginnings of a much more compelling story.

Maki’s reasons for leaving the Zen’in family are a good example of this. In Jujutsu Kaisen, we hear about this while she is training with Megumi and Nobara in the Cursed Training arc, but it doesn’t seem that important given that she is ultimately just a side character. In the prequel, however, she is one of Okkotsu’s only classmates: this made me sit up and pay attention, driving home for me how interesting her story is. Her character design is also much better.

This same could be said for all of the second years as they appear in Tokyo Toritsu, but for obvious reasons: the Inumaki, Okkotsu, and Maki are quite naturally relegated to the background as side characters once the first years enter the picture in the Weekly Jump series. Okkotsu isn’t even there at the beginning, for starters, but the only character who doesn’t have a better introduction in the prequel is actually Panda, as we see his upbringing and Cursed Technique in the weekly series. That probably wasn’t explored in the prequel due to limited time, however.

There was inevitably going to be something lost in the transition from Tokyo Toritsu to Jujutsu Kaisen, but I can’t help but read volume 0 and wonder what could have been. Quite clearly, the main trio of Itadori, Fushiguro, and Nobara are modelled after Inumaki, Okkotsu, and Maki – the similarity between the hairstyles of the first two and the idea of having a female character to round it off makes it obvious – but I wish that Akutami could’ve taken more personality cues from Okkotsu for Itadori, if anything.

Put simply, Okkotsu is a much more interesting character than Itadori. Both of them are very similar in the sense that they’ve been burdened with some sort of curse – for Itadori, it’s Sukuna, but for Okkotsu, it’s Rika – but while Itadori can be seen as a much more ‘active’ character given that he chooses to take on this burden at the beginning of the series, Okkotsu’s character arc around acceptance and moving on from grief is so, so much more compelling.

This is my own personal opinion, but Tokyo Toritsu is, in many ways, what I initially wanted from Jujutsu Kaisen with no caveats. Not only does Okkotsu’s character arc provide a thematic throughline for this short series that is so much better than what came after, the prequel’s slightly smaller story focus and monthly publication schedule gave birth to what is, in my view, much better action.

From the very beginning, Jujutsu Kaisen thought itself to be a new-age Hunter x Hunter when it really should’ve been content with being the new Bleach. Itadori is just Ichigo, as Cimi has previously explained, but Akutami’s obsession with codifying and systemizing the series’ Cursed Energy power system gives birth to a contradictory set of reader expectations that I’ve never been fully able to fully reconcile: is this series supposed to be a dumb action flick, or a precisely formulated dance of techniques? In many cases, it’s the former, but tries too hard to be the latter.

Perhaps one of the main reasons why I enjoyed Jujutsu Kaisen volume 0 so much, then, was that it directly addressed some of my previous criticisms of the series and made me realize just how much I loved some of the characters, deep down. Of course, whether or not you share my sentiments is up to you personally, so I won’t say it’s objective.

Nevertheless, you’d undoubtedly be doing yourself a disservice if you’re a Jujutsu Kaisen fan and didn’t check out volume 0. As explained, it provides a whole load of important backstory and character elements that may or may not be essential for understanding the series going forward, especially in light of chapter 137.

What’s more, it’s quite likely that Studio MAPPA will adapt this prequel series at some point in the anime in the future, as it offers far too much necessary information to leave out. My bets are on sometime towards the end of season two, so if you read volume 0 now, you’ll be ahead of the Jujutsu Kaisen curve.

You can read Jujutsu Kaisen volume 0 for free via VIZ Media’s Shonen Jump.