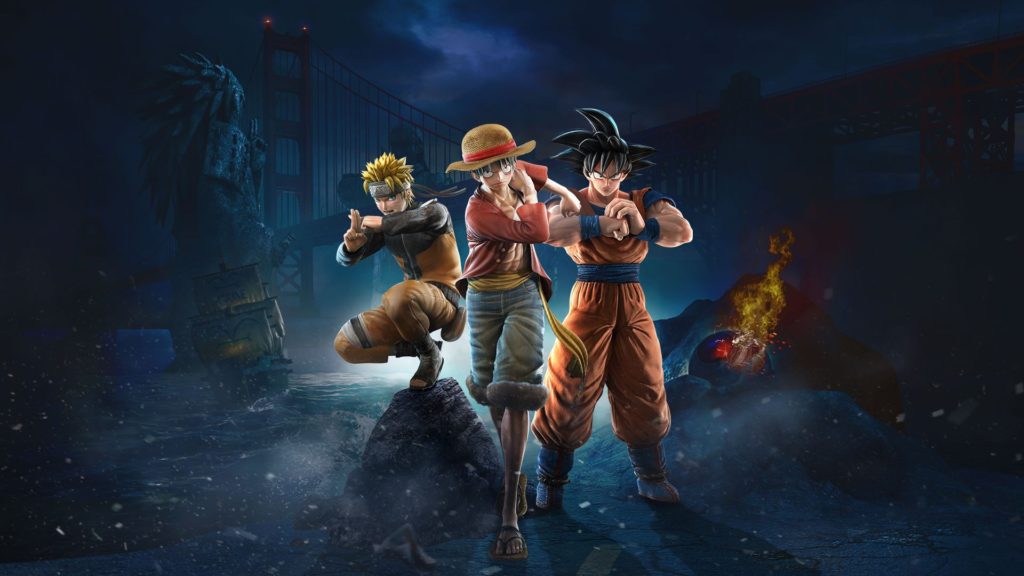 It’s always good to remember that just because something is running on a PlayStation 4 with Unreal Engine 4 doesn’t mean that the animation is necessarily going to be great. Whilst Jump Force is a game dedicated to rendering out popular Shonen Jump character designs with photo-realistic textures and shading, many fans have been wary about this approach due to many characters looking particularly odd.

Jump Force itself has yet to launch until the 15th of February, but those who purchased the Ultimate Edition of the game were able to play it three days early. Those players have been posting footage of the game online and many Twitter users have noticed that the game’s cutscenes aren’t quite right.

The cutscenes in Jump Force are so bad that characters barely emote and move like they have a stick up their ass. pic.twitter.com/W4xExaJqKv

Jump Force developer Spike Chunsoft isn’t exactly a developer known for their work in 3D cutscenes. In their last Shonen Jump title, J-Stars Victory VS, they instead opted to have still 2D images with voice over instead of cutscenes, much like how Bandai Namco’s Tales of series approaches its skits. They’re also known for using anime footage to deliver story points, like with Attack on Titan: Humanity in Chains and Conception II: Children of the Seven Stars which featured original animated cutscenes by Nirai-Kanai Inc.

Jump Force’s attempt at 3D cutscenes is embarrassing. Characters move incredibly stiffly, their mouths don’t appear natural when talking and there’s plenty of strange examples like the one below where walk-cycles are skipped over in place of simple motion ‘tweens.

I seriously needa know how long development was for this game. It could NOT have been long at all pic.twitter.com/DWhbP1MvD7

This isn’t just the case for walking either. It seems the same thing happens whenever a character tries to fly in a cutscene.

Animating this sort of design is tricky. Because it’s a photo-realistic combination with manga designs, the animation needs to keep both of these in mind. The characters can’t just stand still when they talk, because they look too realistic. However, if they’d have tried to go for full-motion capture, the animation may have still looked odd because it might have looked too realistic. What they needed was a combination of the two approaches.

Ironically enough, Bandai Namco is actually well acquainted with a studio that is an expert in this approach. Digital Frontier were the creators of the film, Gantz: O, a photo-realistic 3D film based on the Gantz manga. They also worked with Bandai Namco on many of the openings to the Tekken series and on Super Smash Bros. for Wii U and Super Smash Bros. Ultimate. Problem is, like many large 3D studios, they’re expensive to hire for a large amount of work and they’re likely very busy.

I’m sure there’s a lot of ways these cutscenes could have been fixed up, but like with many cases, it seems Bandai Namco wasn’t able to give Spike Chunsoft the support they needed to develop memorable interactions between fan favorite Jump characters. It’s especially disappointing because Akira Toriyama specially designed characters just for this story mode, but they also suffer from the same sort of issues.