Deku from’ My Hero Academia’ joins the battle in ‘Jump Force’ 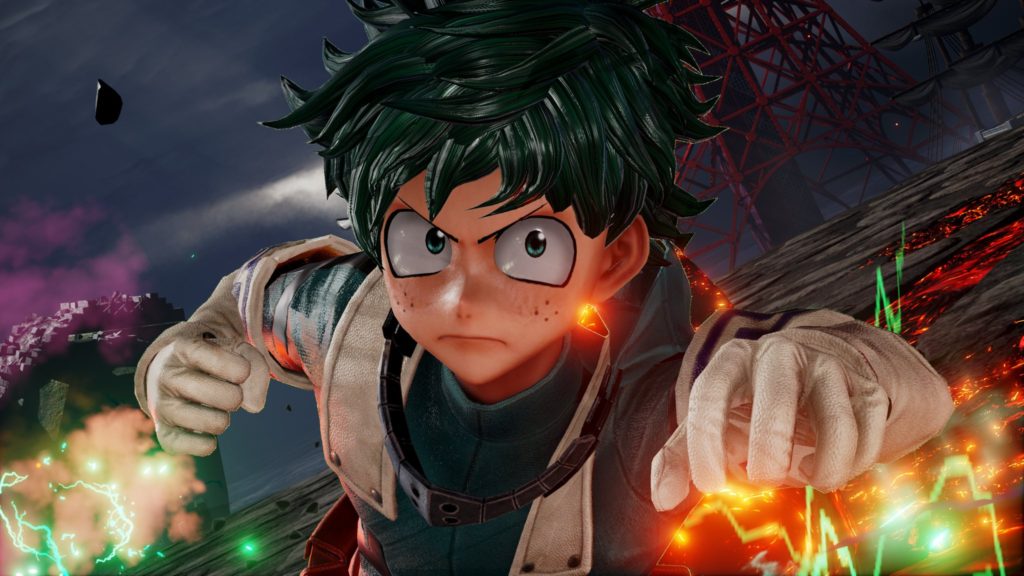 With the anticipation mounting for the Weekly Shonen Jump Magazine brawler game, Jump Force, to be released in 2019, one more exciting character just joined the fighting arena. Izuku “Deku” Midoriya from the extremely popular Kōhei Horikoshi series Boku no Hero Academia (My Hero Academia) has been announced as yet another playable fighter in the ever-growing cast of Shonen Jump manga and anime characters to be featured in the game, joining Trunks, Goku, and Yugi, among others to defend our reality from unknown forces.

This is exciting news since Boku no Hero is one of the biggest anime shows premiering right now with fans all over the globe. I’m not going to lie, I am definitely included in the gigantic fanbase that the series has. Although no other characters from the series have been announced yet, I have a feeling that we will some familiar faces in the game even if they may not be playable characters such as how Light Yagami and Ryuk from Death Note are being featured. I’m crossing my fingers that we will get to see glimpses of Todoroki or Bakugō, especially since those characters and their superpowers would look fantastic in the realistic 3D animation that the game is using.

Along with Deku’s announcement, Jump Force got a new trailer that gives us a more in-depth look into the creation of avatars. This is a neat feature where players can design their own personal fighters using aspects of popular anime and manga characters. You can clearly see a Namekian mold being shown in the trailer that you can watch below!

Although our hands-on at Tokyo Game Show of the demo left something to be desired in regards to playing style, the brains behind Jump Force keep giving us more aspects of the game to be excited for like Akira Toroyama’s original character designs and now Deku being added as a playable character. It will certainly be exciting to see so many notable characters from so many beloved titles in one video game. It will also be a childhood dream of mine come true. To see who else may be making appearances, I guess we all have to wait until the game is released on February 15th, 2019 for Windows, PlayStation 4, and Xbox One.