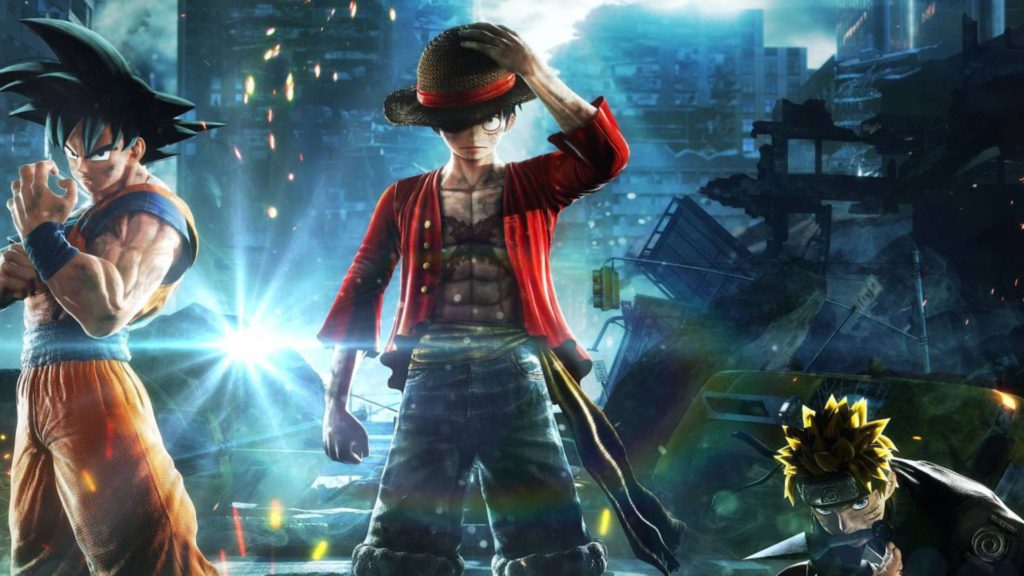 With Tokyo Game Show 2018 well underway, we spent most of our weekend making our way over to the unfortunately distant landmark location of Makuhari Messe to try our hand at a handful of games, one of which included Bandai Namco’s upcoming Jump Force title on PlayStation 4.

One of fifteen total playable titles from Bandai Namco at Tokyo Game Show, Jump Force was easily one of the most important for me to check. With all the hype surrounding the arena fighter, as well as its constantly expanding roster of fighters straight out of the pages of Weekly Shonen Jump Magazine’s biggest series’, there was more than a few reasons for people to be excited. While the game’s story mode wasn’t available for play, I was given some hands-on time with the games versus mode. With a small-yet-stacked lineup of characters made available in the demo, of which I could play through two rounds, I was quick to choose my three-person team consisting of Goku, Naruto, and Gon against an enemy team of Frieza, Blackbeard, and Sasuke. I had chosen a rather oddball roster of fighters to pit against each other, but there was an odd beauty to that factor. I ended up singling out New York as the stage to fight on, which proved an excellent choice as the entire environment was gorgeous.

One of my biggest skepticisms towards Jump Force before getting my hands on the game was its outlandishly polished visual style, but that took no time at all to be completely dismissed. While actually playing the game, you’re thrust into a gorgeous and vibrant environment that looks absolutely incredible. Racing around the maps feels fluid, and there’s nothing more satisfying than smashing someone through a cavalcade of buildings before landing that one last K.O. on your enemy. With that being said though, the game did have its fair share of plights; firstly, the game’s fighting system feels entirely one-dimensional. The combo system requires no more than a simple two-button input, with some moves being as simple as spamming the same button over and over to achieve a high-level move. While this might be inviting to new players, it leaves little incentive for seasoned veterans of the fighting game genre to jump onboard — arguably those who would have been the games core audience.

For what its worth, however, Jump Force is honestly a pretty enjoyable game and also manages to leave a lasting visual impression — but I can’t say just how long that enjoyment will last. I’d definitely need some more hands-on time with the game to really judge how I truly feel about it. If you’ve got any investment in the playable characters, you’ll probably have a lot of fun. But it’s also hard to tell just how much the game will stand out without getting to play the story mode too.

Set to release in February 2019, there’s still a lot left to learn about Jump Force before it releases on PlayStation 4, Xbox One, Nintendo Switch, and PC early next year. Until then, however, further information on the title can be found via the game’s official website.