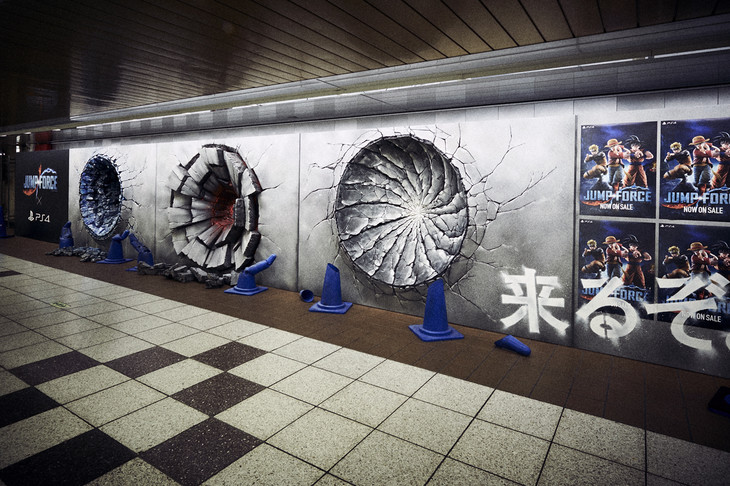 Bandai Namco’s latest JUMP FORCE has really taken it to the next level with their new “JUMP HERO’S WALL” advert that is currently up in Shinjuku. The advert, spanning 15 meters in length, tries to imitate collateral damage as if some of the game’s leading characters just had a fight there. JUMP FORCE is a game certainly hasn’t left the best impression when it comes to clean looks, but when it comes to JUMP HERO’S WALL, it’s really on another level. Set up in the Metro Promenade in Shinjuku from February 18 – 24, the advertisement imitates the look of a concrete wall with the addition of three holes made to look like they were caused by the heroes attacks. 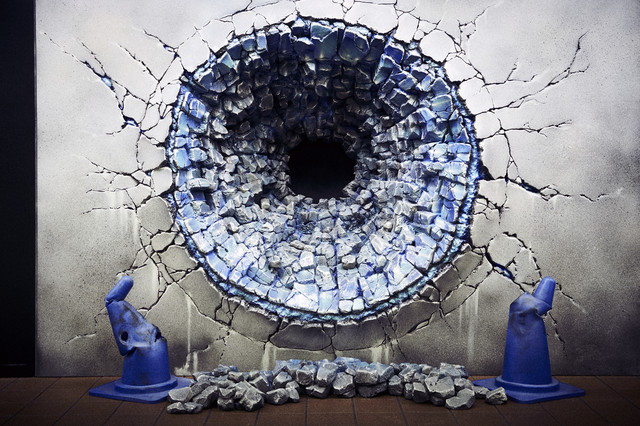 The first hole looks like it was made by Goku’s iconic Kamehameha. The sculpt uses some nifty perspective tricks to make it look like the blast wave carved out a long tunnel through the underground of the Metro. 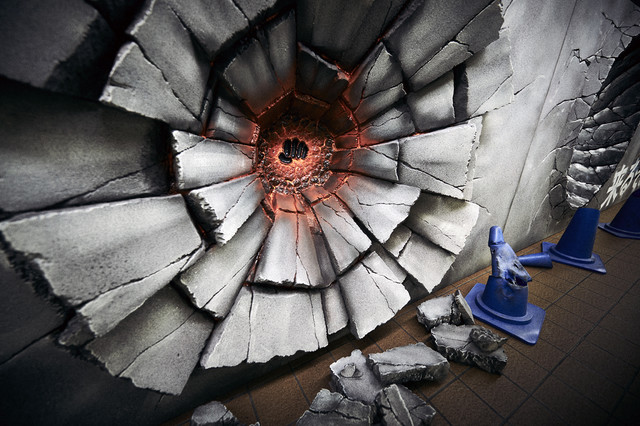 The second is designed after Luffy’s Gum Gum Red Hawk, which shows a fractured wall with a glowing hot red fist mark at the center. Not only does the molten look for the hot concrete look incredible, but the fist mark also makes it the most characteristic of the bunch. 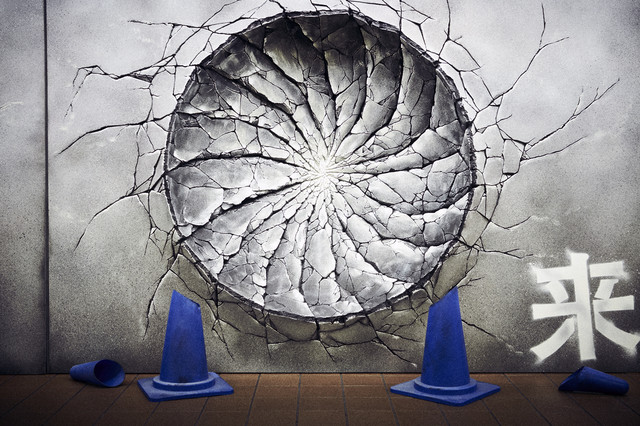 The last of the damage sites is of Naruto’s Rasengan, which leaves a spiral-patterned dent in the concrete wall. In terms of eye candy, this one definitely gets overshadowed by the other two, but overall it still manages to contribute quite nicely to the piece.

This honestly may be the most incredible advertisements I’ve ever seen. The way it tries to blend itself into the surrounding terrain is quite creative, through the use of rubble, damaged street cones, and graffiti as well. It might not be all that farfetched to say that the JUMP HERO’S WALL might actually look better than the game itself.