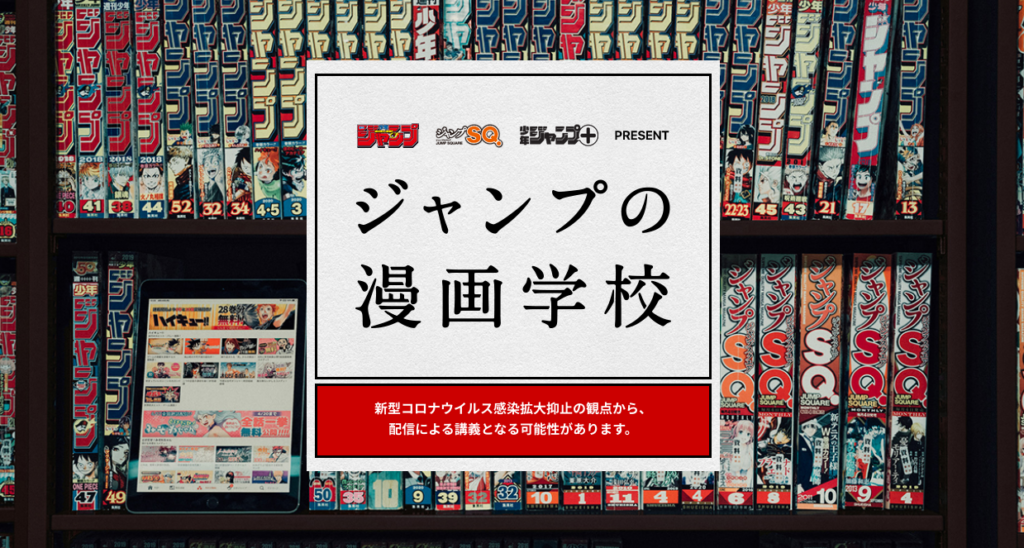 If you’ve ever wanted to know how to create a successful manga in Weekly Shonen Jump, then do we have good news for you. Weekly Shonen Jump, Jump Square, and Jump Plus are all teaming up to deliver a series of lectures that will share with hopeful mangaka all the ‘know-how’ that they have built up over the years. Featuring editorial staff members and successful manga authors alike, it’s shaping up to be quite an initiative. Welcome to the Jump School of Manga.

Announced May 15, the new Jump manga school initiative comes at such a juncture where Shueisha and the Jump brand as a whole are focusing intently on the next generation. Just last year, there was the momentous collaboration with Kodansha that saw the best of Weekly Shonen Jump and Weekly Shonen Magazine combine in an attempt to gamify the manga reading experience, and the recent internationalization of the Tezuka Manga Contest shows that the publisher is even willing to accept those that reside overseas – no doubt linked to the dwindling circulation numbers and depressed consumer spending.

In any case, the ‘Jump School of Manga’ seeks to educate the next generation so that, when the time is right, they can write manga properly and succeed on that basis. To accomplish that task, there will be a total of ten lectures from this August up until December, featuring editorial staff and manga authors alike. Check out the schedule, as well as the list of speakers, below:

Each ‘round’ of the Jump manga school will take place on Thursday, 2-4PM JST. To participate in the lectures, you will need to sign up via the official website and give away quite a lot of your personal information. This is because the initiative is a serious one for Shueisha – the company is dead set on providing would-be authors with the knowledge to succeed, and hopes that all participants submit manuscripts for feedback based on the lectures. But if you want to try and sneak in, no one’s stopping you!