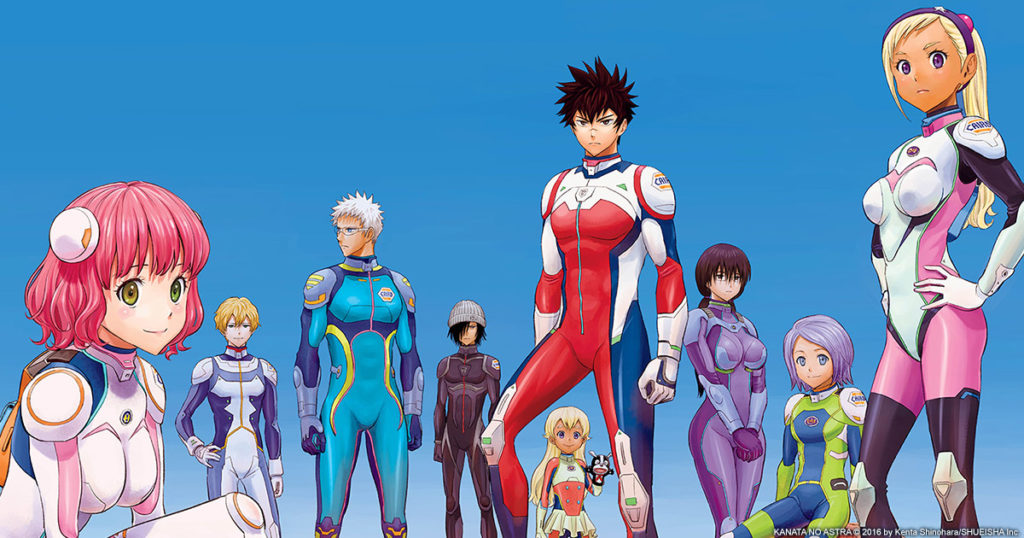 It’s been five years since Shueisha launched their Jump Plus digital manga service, and there’s been plenty of successes to celebrate in that time. From Astra Lost in Space to SPY x FAMILY, the service sees in its 5th anniversary as not just a successful service, but one that has managed to craft its own compelling line-up of manga separate from the eminent Weekly Shonen Jump. What better way for Jump Plus to celebrate its 5th anniversary, then, than by offering free manga?

Jump Plus started their 5th-anniversary celebrations in earnest at the beginning of this month by launching the ‘Morning Jump (Asa Jump)’’ project, which offers some of Shueisha’s biggest manga for free on a rotational basis every morning, from 5 AM to 1 PM.

That being said, Shueisha’s big-hitters – series like NARUTO, One Piece and Dragon Ball – will be available throughout the whole month of September, with other, perhaps less popular series swapping in and out on a weekly and daily basis. 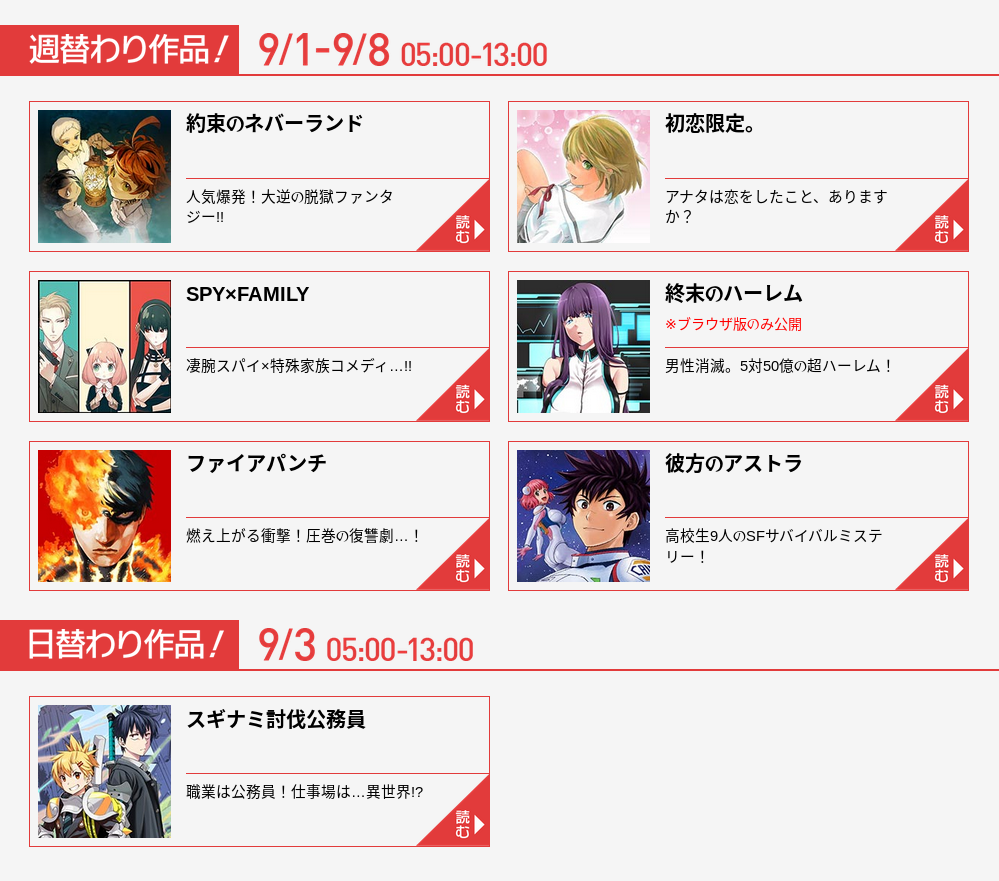 Referring to the timetable on the official ‘Morning Jump’ website, we can see that this week’s morning offerings include Astra Lost in Space, SPY x FAMILY and The Promised Neverland – all compelling series that will no doubt bring in a sizeable readership to the project alongside the always-available mega-hits.

Shueisha has offered free manga before, such as in their ‘School of Manga’ collaboration with Kodansha and even for Weekly Shonen Jump’s 50th anniversary last year, but the way that they’re offering it for Jump Plus’ 5th anniversary is a stroke of genius.

This will hopefully bring in more people to and raise awareness about Shueisha’s excellent Jump Plus service, the team behind which are no doubt celebrating the service’s 5th anniversary a little more than usual given the success of such series as Astra Lost in Space, which got an anime adaptation this summer season, as well as SPY x FAMILY, which won big at this year’s ‘Tsugi ni Kuru Manga Award.’