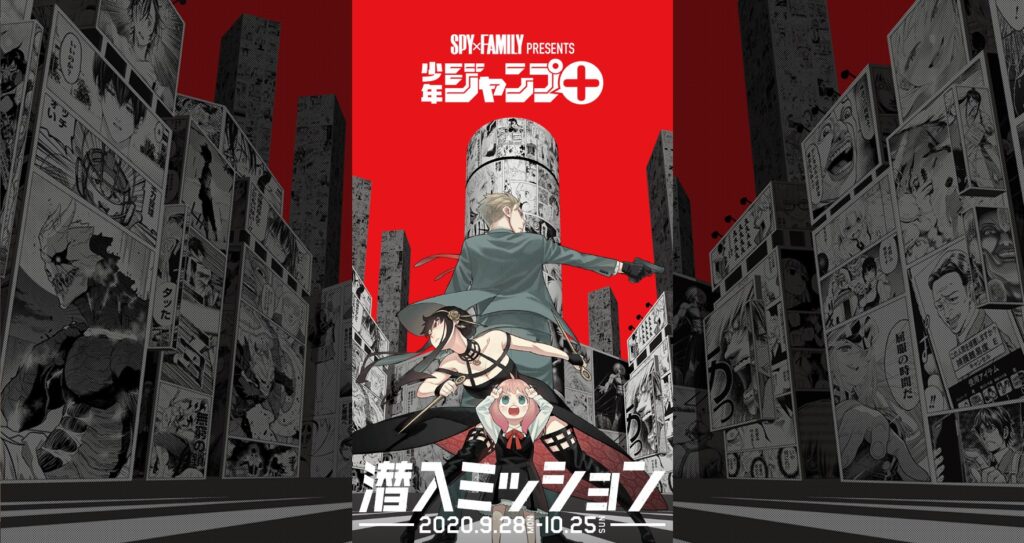 Considering that SPY x FAMILY is one of Jump Plus’ biggest successes, perhaps it is no surprise that it would take center stage for the digital manga service’s 6th anniversary.

Launched by Shueisha in 2014, the service has gone from a simple online repository for Weekly Shonen Jump to a brand in and of itself, boosted by such series as Tatsuya Endo’s SPY x FAMILY. Even so, there are other series on the service worth checking out, such as Kaiju No. 8 and ‘Tis Time for “Torture,” Princess.

In any case, SPY x FAMILY is undoubtedly the star of the show for Jump Plus’ 6th anniversary. Navigating to the special website, you can see that many of the activities are themed around Tatsuya Endo’s series. These include several ‘missions’ that reward users with special prizes as they read certain series via the app: in the case of Mission 1 (‘Investigate the dangerous being!’), a Loid Foiger-themed face mask. 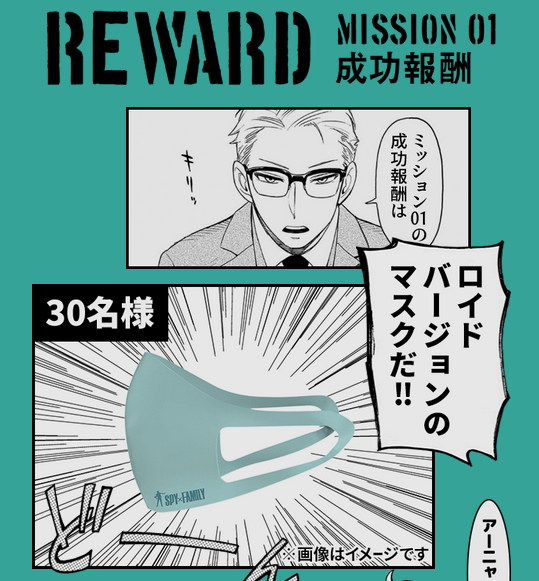 One hopes that not all of the prizes available as part of the Jump Plus 6th anniversary are face masks, because Lord knows we’ve had enough of them. In any case, it is nice to see the popularity of Tatsuya Endo’s series being used to promote some of the others on the service – Yuji Kaku’s Jigokuraku, for one, but also Eko Mikawa’s Boukyaku Battery and Kai Ikada’s Hokkaido Gals Are Super Adorable!.

Featured above is also the PV being used to promote Jump Plus’ 6th anniversary, once again featuring SPY x FAMILY. There isn’t much to say here as it is quite short, apart from the fact that it might be one of the few times we get to see these characters ‘move’ before the eventual TV anime.

What’s more interesting is to compare Jump Plus’ 6th anniversary with it’s 5th. This time last year, the service didn’t have the sort of mainstream attention that SPY x FAMILY has afforded it, and so while the service did have some hits such as Astra: Lost in Space, comparing the two campaigns is like night and day. The only way is up.

More missions will be added to the Jump Plus 6th anniversary site as the campaign proceeds over the following month. Make sure to download the official app (iOS and Play Store) if you want to take part.