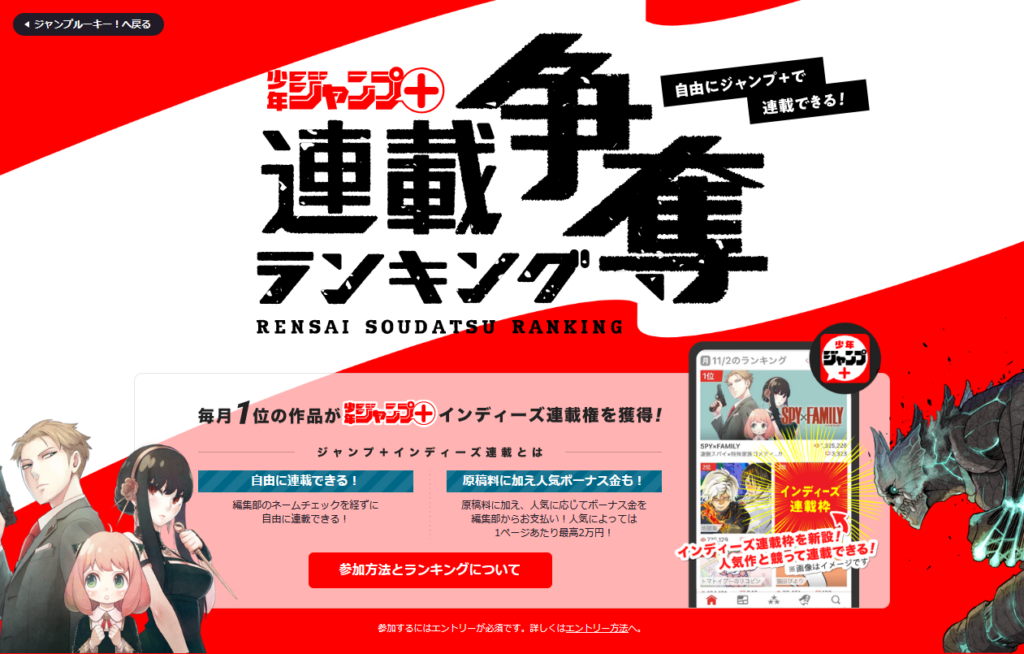 One of Weekly Shonen Jump’s enduring strengths has always been its focus on new creators. In securing the brightest and best of each generation, Shueisha’s legendary magazine has managed to pump out hit after hit throughout the years, thus earning a reputation for itself that then ensures that budding mangaka always see it as their first port of call. In this sense, the new ‘Indies’ initiative on the Jump Plus app helps to solidify that even further.

According to a press release from Shueisha, popular works that win out in the newly-devised ‘Jump Plus serialization contest’ will be serialized on the app as an ‘indie’ alongside such popular series as SPY x FAMILY and Kaiju No. 8. The contest will be run through Jump Rookie, Shueisha’s free-to-use manga submission service that launched in 2018, which has always enjoyed strong ties with Jump Plus.

At first, this new Jump Plus ‘Indies’ initiative doesn’t appear that different from the competitions and such that Shueisha have run through Jump Rookie in the past. Yet, here’s the kicker: the works that end up getting picked as an ‘indie’ will be subject to no editorial approval, nor the storyboarding process. They’ll even get paid based on how popular each chapter is.

Still, there’s no such thing as a free lunch, and what’s important is that Shueisha is using the digital medium to its fullest. The company already made several strides forward with the launch of such initiatives as Manga Tech 2020, but the Jump Plus indies initiative is a little different: it offers budding creators a chance to prove their worth on the front page of a growing app, without having to compromise with an editor or publisher.

You can read more about the Jump Plus indies initiative via the official website.