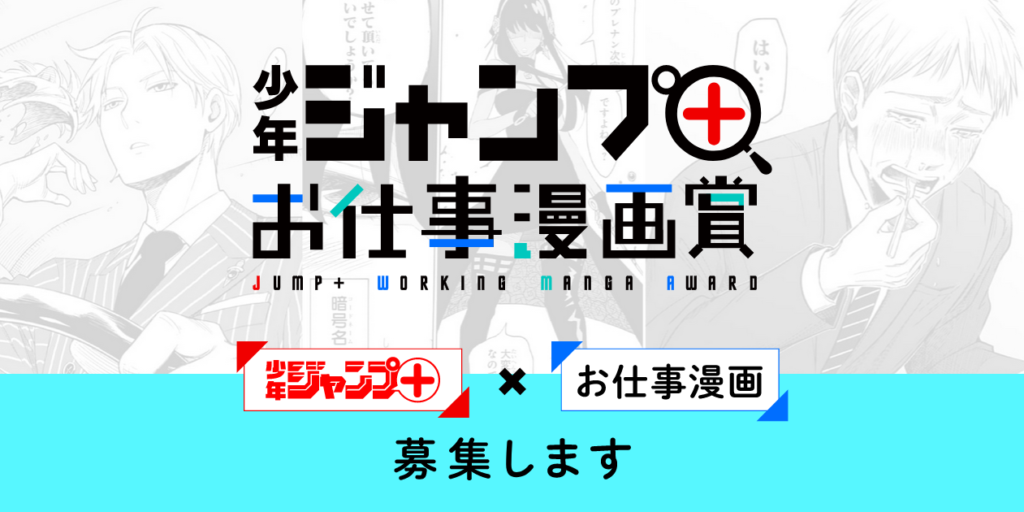 It’s no secret that Shueisha’s online manga service Jump Plus had one hell of a year in 2020. Alongside the continuing success of SPY x FAMILY, Kaiju No. 8 was an instant viral hit, selling enough to become the highest-selling debut volume in 2020. For this year, however, Jump Plus is trying something a little different: identifying what they believe made so many of their series so successful and asking for more manga along those lines. Enter the ‘Jump Plus Working Manga Award.’

This competition, which is running concurrent to the dozens of others that the service seemingly launches on a monthly basis, is asking for entries specifically themed around the idea of ‘work,’ although the way that this can be included is pretty flexible.

According to the page on the official Jump Rookie website, it can be a manga where ‘the goal is to accomplish something at work,’ a manga with ‘pride for one’s work,’ a manga that explores ‘one’s relationship with their surroundings through work,’ and so on and so forth. The details are left specifically vague in order to accommodate for a wide variety of different stories and genres.

Jump Plus has launched the ‘Working Manga Award’ as they have identified one of the commonalities between their hit works to be ‘a protagonist struggling to do their job,’ with the two main examples being SPY x FAMILY and Eren the Southpaw. While the former centers around the protagonist Loid doing his job as a spy to protect world peace, Eren the Southpaw is about a designer named Kouichi Asakura who works at a large advertising company. It was adapted into a TV drama in 2019, but unfortunately isn’t available in English just yet.

Those who enter the Jump Plus Working Manga Award could be in with a chance of winning up to one million yen and a serialization on the service, but it remains to be seen whether this theme really is a recipe for success. Rather than being informed by a specific genre or type of story, aren’t these series good because they’re, well, good? I suppose we’ll just have to wait and see if this venture produces any successes.

You can read more on the official Jump Rookie website.

other William Moo 10 hours ago