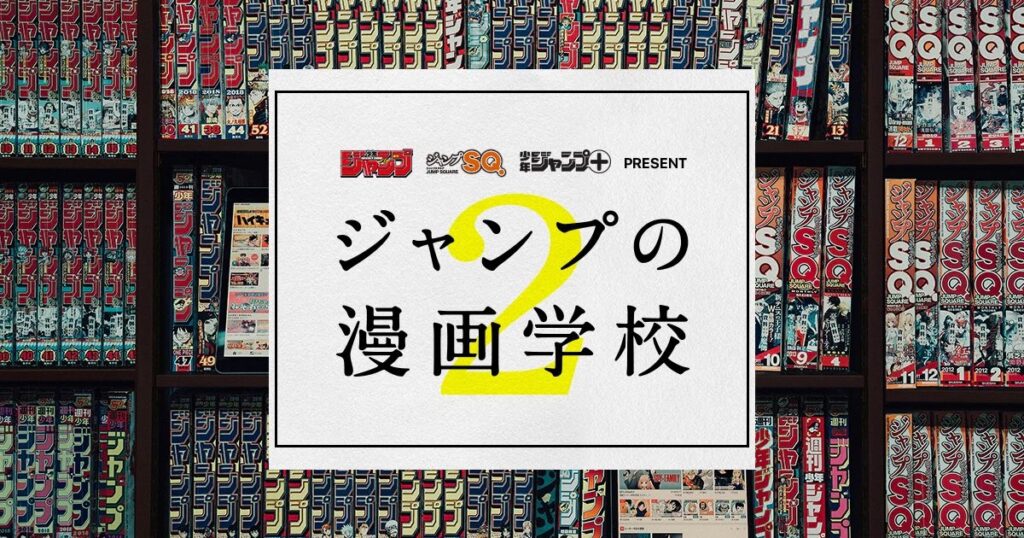 Ever wanted to learn manga from some of the best in the business? Well, you’re in luck: the ‘Jump School of Manga’ is returning for a second year, featuring courses and classes from some very high-profile creators.

Back in May of last year, the magazines Weekly Shonen Jump and Jump SQ teamed up with online manga service Jump Plus to put together a series of online seminars delivered by manga editors and artists alike. Dubbed the ‘Jump School of Manga,’ the venture was apparently so successful that no less than nine professional debuts and twenty-four one-shots had come about from authors who had participated in it.

This includes Kouji Miura, who recently started Blue Box in Weekly Shonen Jump to rave reception. He actually provided a lengthy comment for the official website, saying ‘I’d recommend it to anyone who can think about drawing manga seriously in the future. Even if you’ve been published once before, there’s still plenty to learn.’ He particularly enjoyed seeing the ‘zeal’ of the editors and artists involved, remarking that he enjoyed Yusei Matsui’s lecture most of all.

With all of this in mind, it’s great to see the Jump School of Manga return for a second year. To be honest, there are far too many interesting sessions to list them all, but the line-up of creators delivering lectures certainly is something to behold: Yuto Tsukuda (Food Wars!: Shokugeki no Soma), Mengo Yokoyari (Oshi no Ko), Tatsuki Fujimoto (Chainsaw Man), Yuji Kaku (Hell’s Paradise: Jigokuraku), and Takaya Kagami (Seraph of the End) will all be there. You can see the full itinerary on the official website.

Hopefully, these lectures will be transcribed and published on the official Jump School of Manga Hatena blog just like the ones from last year, because they provide some valuable insights. Nevertheless, if you’re interested in taking part yourself, just be aware that this isn’t a casual thing: the entry form requests a lot of information because this is a serious venture. It isn’t free, either.

The second year of the Jump School of Manga will run from 3 September to 12 December. Applications are open now until 28 June.