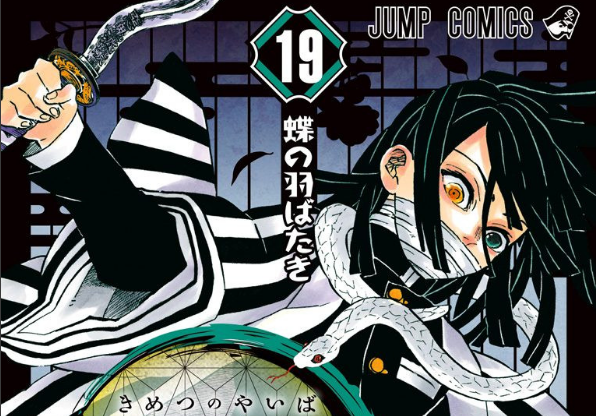 On Wednesday this week, Shueisha announced that they would be delaying the release of Weekly Shonen Jump issue 21 by one week after an employee was suspected of having contracted the Coronavirus. We hoped that this would mark the end to the disruption, but that was perhaps wishful thinking. The company updated its volume release schedule earlier yesterday to confirm that the next wave of new Jump volume releases, originally scheduled to release on May 1, would be delayed until May 13.

Nearly all of the magazines included under the Jump umbrella are affected by this, which means that the number of volumes delayed comes to quite a sizable amount: 32, in fact. These include some important releases: the latest volume of Kimetsu no Yaiba, the last volume of both Samurai 8: The Tale of Hachimaru and Jimoto ga Japan, and even SPY x FAMILY volume 4. New series are also being affected: the Weekly Shonen Jump rising star Guardian of the Witch and the Jump Plus series Youkoso Bourei Sougiya-san, to name but a few.

The question that this necessarily raises is how this will affect Shueisha’s sales for the next month. New series might not necessarily gain the same amount of traction due to the delay, and given that bookstores are now closed in accordance with the newly-announced state of emergency, their discoverability may be drastically lowered. Of course, online retailers such as Amazon and BookWalker will still be operating alongside brick and mortar stores that operate their own digital storefront – for example, Animate – but that is a very different experience from shopping in a bookstore. In any case, it will be interesting to look at the sales figures in the coming weeks and months.

It is perhaps not that much of a surprise that several new Jump volumes will be delayed given the measures that were taken by Shueisha in order to halt the spread of the virus. Apparently, all work on Weekly Shonen Jump was suspended on April 6, and all staff were asked to start working from home. A delay resulting from this is practically par for the course.

While I’d like to say that this is the end of it, if this announcement proves anything, then we’re far from seeing the back of it. The statement does not also rule out any further delays, so keep your eyes on the Shonen Jump website for more information.