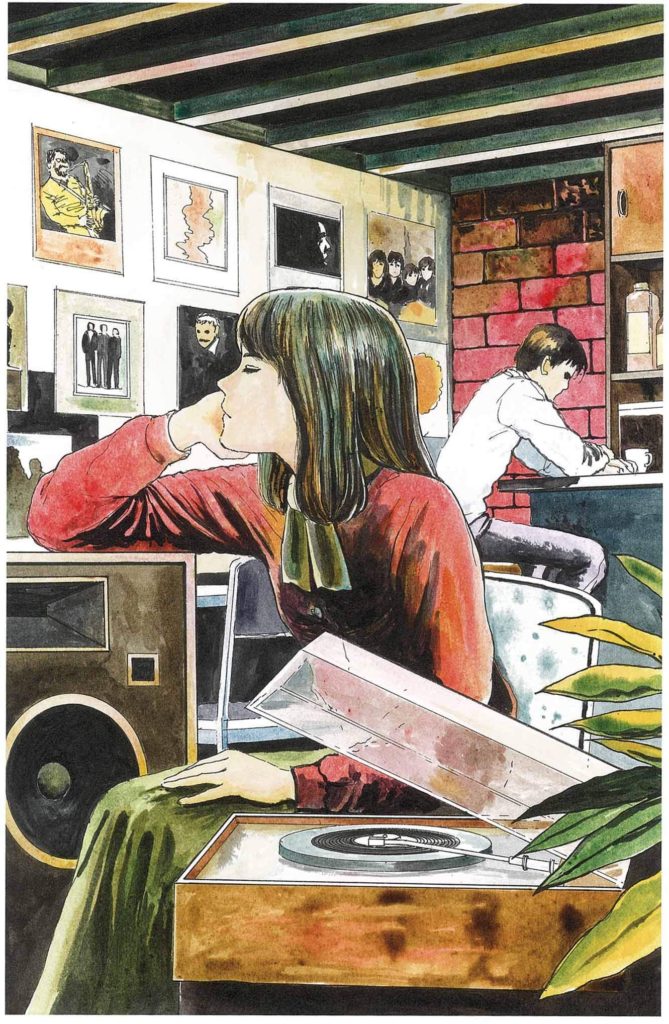 Horror manga king Junji Ito has been in the spooky story game since the early ’90s, and our dear veteran mangaka is showing absolutely no signs of slowing down any time soon. Impressively, some of Ito’s recent achievements include a smartphone VR puzzle game released in Taipei, overseas comic convention appearances, English novelization of his manga Uzumaki, and many other exciting exhibits and interactive media. Ito is known best for his works Tomie and Gyo, both of which have received live-action and anime adaptations respectively, and recently many of his works have been translated into an anime, Junji Ito Collection, produced by Studio Deen.

This year marks Junji Ito’s 30th anniversary, and to celebrate, he’s teamed up with Japan’s Nemuki+ Comics to release his first official art book. The book will contain 133 assorted artworks and manuscripts in both vibrant full color and daunting black and white, many of which will have been previously unseen by the public, leaving us to wonder if we’ll find crumbs of not-yet expanded upon story pieces. Included will be an exclusive interview with the man himself and brief commentary on the artworks in the book. It will cover everything from previously mentioned masterpieces such as Tomie, Uzumaki, Gyo, all the way to his latest works.

The art book is set to release in Japan next month on March 20, with pre-orders currently open on Amazon Japan. It seems you can have the book delivered to a location outside of Japan if purchased on Amazon. While it appears that the book will be sold in Japanese, I’m almost certain the book will receive an international release at some point due to Ito’s massive and growing popularity.