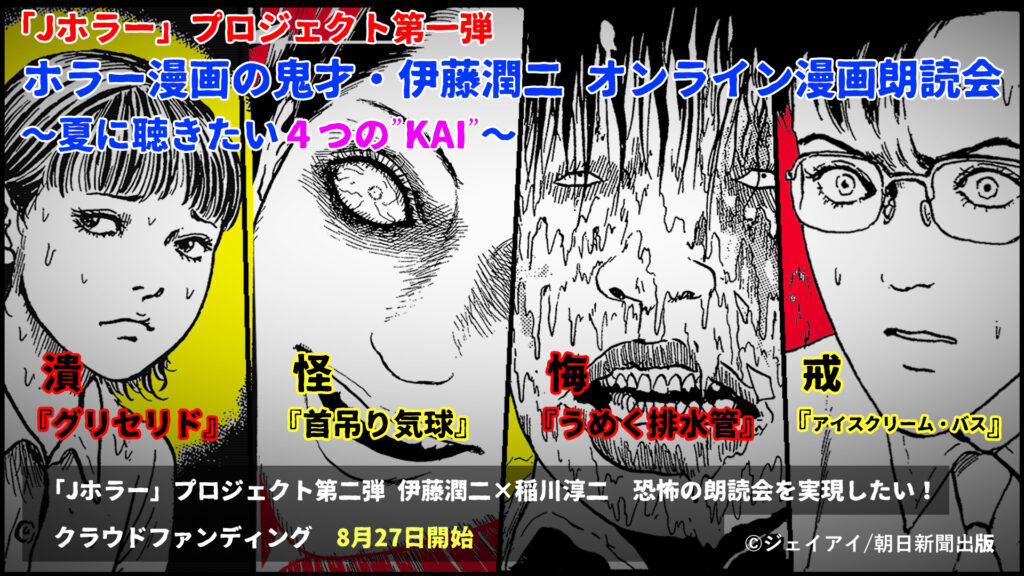 Junji Ito’s horror stories have become known around the world for their creepy and evocative storytelling and imagery that stands their work as some of the best in the genre. They’ve been told and retold in a number of mediums over the years, including as anime as seen with the Junji Ito Collection or upcoming Uzumaki anime. The latest retelling of these stories is set to transform Junji Ito’s horror into terrifying audiobooks produced by Asahi Shinbun, an that’s just the start of the J-Horror Project.

The release of Junji Ito-themed audiobooks will serve as the first part of a multi-pronged J-horror project that releases over the coming months. Starting on August 27th, a total of four Junji Ito short stories will be given the audiobook treatment in daily releases that will be streamed for free on the J-Horror Project website. These will be as follows:

Professional voice actors have been brought in to produce these audiobooks to enhance the fear of these stories, and though they will be in Japanese, they should be great to listen to if you understand the language and want to be spooked out. The J-Horror Project will expand from there with the launch of a crowdfunding campaign on the same day as the first audiobook is released on August 27th for a collaborative reading project with Junji Inagawa, and it’s possible the project could expand further.

More horror projects from Junji Ito can only be an exciting thing and to transform his well-known stories into this new medium should allow them to be experienced in a new and unique way. You can find out more about this interesting new project over on the official website.