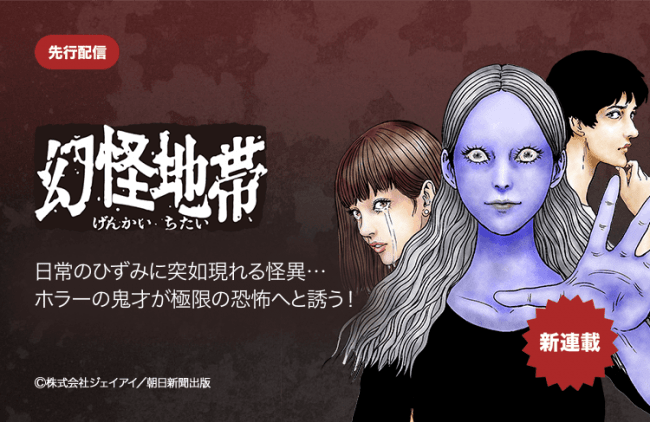 In these trying times we’ll take any good news we can get. As the Corona Virus has begun to infect every part of our lives, even the media we use as an escape from these sorts of things has been affected. Not that there aren’t more serious problems of course, but anime, manga, and games across the board have been delayed or canceled giving us less to do and less to look forward to in a time where we need the distractions. That said, one of the most treasured creators in the entire Japan pop culture landscape is stepping up to the plate; Out of nowhere, Junji Ito started serializing an entirely new series called ‘Genkai Chitai’ exclusively on LINE manga.

Roughly translating to ‘Mysterious Area’, the pitch for Genkai Chitai has sort of a Twilight Zone thing going for it.  Weird anomalies start occurring in daily life and manga will explore the disturbances created by these temporal oddities. With only the first chapter out, we can’t be sure how much of it will be episodic or follow a strict plot, his popular works like Uzumaki often straddling the blurry line between, but with a set up like this, there’s potential for Junji Ito to explore a whole swathe of different creepy indulgences.

At this point, Junji Ito doesn’t need much of an introduction though we’re always happy to have the chance to talk about him. Over the last ten years, he’s become one of the most popular manga creators internationally, becoming something of a hit even with people outside of typical manga readership. For now, Genkai Chitai’s only available on the Japanese LINE Manga app but seeing as LINE does translate and release some of their comics digitally we have our fingers crossed. We’d all love a chance to delve into Ito’s signature fictional horror to escape the real live Covid horrors.