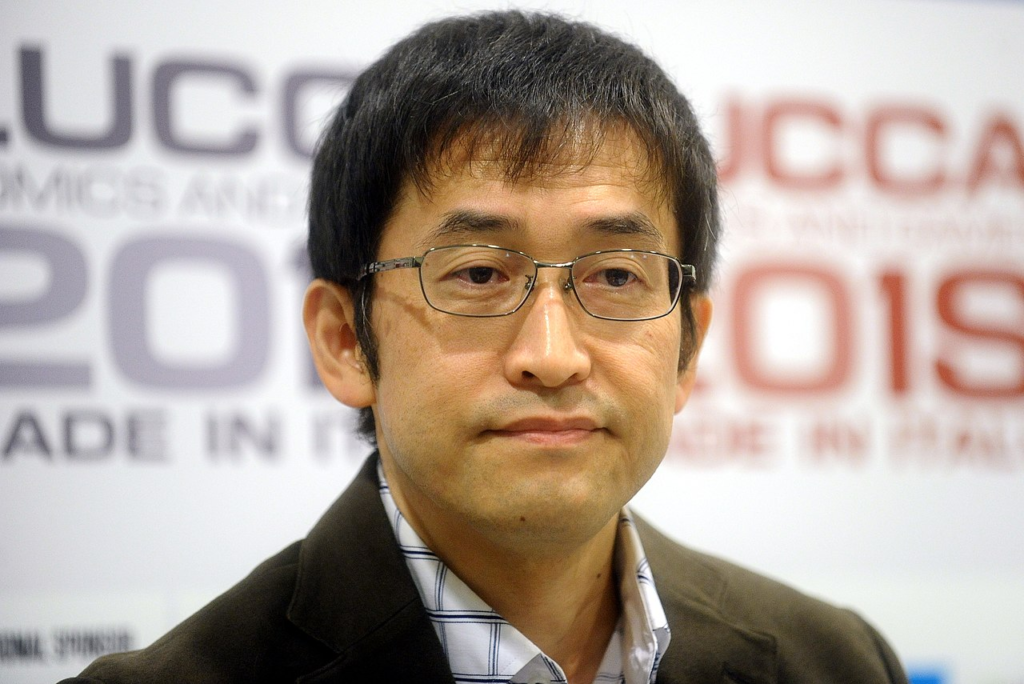 If you’re not a seasoned manga-reader there’s still a good chance you’ve come across the horrifically twisted work of celebrated mangaka Junji Ito. Many of his drawings are so viscerally grotesque that they’re effective without presenting any sort of context, and as a result, they frequently pop up on internet message boards. Ito’s work has also been adapted into animated collections, as well as feature-length anime and even live-action works.

Spiral into the Depths of Junji Ito’s Uzumaki

One of his most popular works is Uzumaki, a series of stories focusing on a small fishing village haunted by spiral patterns after one of the protagonist’s father becomes increasingly obsessed with the pattern himself, before mysteriously dying in an attempt to become a spiral himself.

Readers new to Ito’s work will probably recognize one of his most famous images from this series, of a girl’s face being consumed by a spiral.

This sort of detailed, grotesque image is popular in the rest of the series, as well as Ito’s other manga. Uzumaki was later adapted into a live-action film, and will be adapted into an anime premiering on Cartoon Network’s Adult Swim.

Tomie also has an even more mysterious and frankly horrifying ability to regenerate herself entirely from any part of her body.

This series is largely an anthology concerning various run-ins with various Tomie incarnations and has been adapted into live-action TV series. It’s also a long-running film franchise, with about nine Tomie iterations.

Gyo is another popular series of Junji Ito’s that was compiled into one volume.

Gyo tells the story of fish with mysterious growths that allow them to walk on land and terrorize a fishing village with their horrible smell. Gyo was also eventually adapted into a feature-length anime. Additionally, the compilation of Gyo contained two other stories, one entitled The Sad Tale of the Principal Post and the other The Enigma of Amigara Fault.

The art in The Enigma of Amigara Fault is another work of Junji Ito’s that gained popularity on the internet with little context as to the story itself. It tells the story of a series of human-shaped holes that appear in the side of a mountain, exposed by a recent earthquake, and the strange compulsion that develops as people try to find the holes that fit their shape perfectly.

As a prolific mangaka, Junji Ito has written several less-known stories that have appeared in various magazines and manga collections, which lead to the development of The Junji Ito Collection, an anthology series of various short stories. This collection also included a two-part adaptation of Tomie as a finale. It was produced by Crunchyroll and so far only has one season.

Recently Junji Ito received an Eisner award for an adaption of the classic horror novel Frankenstein. While it’s a bit out of step with his penchant for body horror and absurd cosmic punishment, the classic tale of a man who dared to play with the fabric of life and death does seem right up the alley of a renowned horror author. There’s just the right amount of supernatural elements in it that makes it fit squarely into Junji Ito’s wheelhouse.

The Lighter Side of Junji Ito

But it hasn’t all been body horror and mutilation with Junji Ito, his work has appeared in a lighter context as well. Recently he and a few other horror artists teamed up with Game Freak to create a series of spooky illustrations featuring notorious ghost Pokemon.

One of these featured the Pokemon Banette, which in-universe is described as a doll that came to life out of spite for whoever abandoned it. Fittingly Junji Ito’s illustration of Banette features the Pokemon stalking a girl carrying a doll, presumably the one it abandoned Banette for. He also did an illustration for Gengar, where the notorious prankster Pokemon is accosting a woman in the street.

Junji Ito also published a series entitled Junji Ito’s Cat Diary, a delightfully horrific series of stories about a horror manga artist “J-Kun” as he comes to terms with owning cats with his wife.

It’s not a particularly horrific tale, but the illustrations are all drawn with the same creepiness present in stories like Tomie and Gyo, giving the manga a self-parodying effect. It’s a very tongue-in-cheek take on the non-horrific average life of a man responsible for giving the world some of the most abjectly horrifying images.