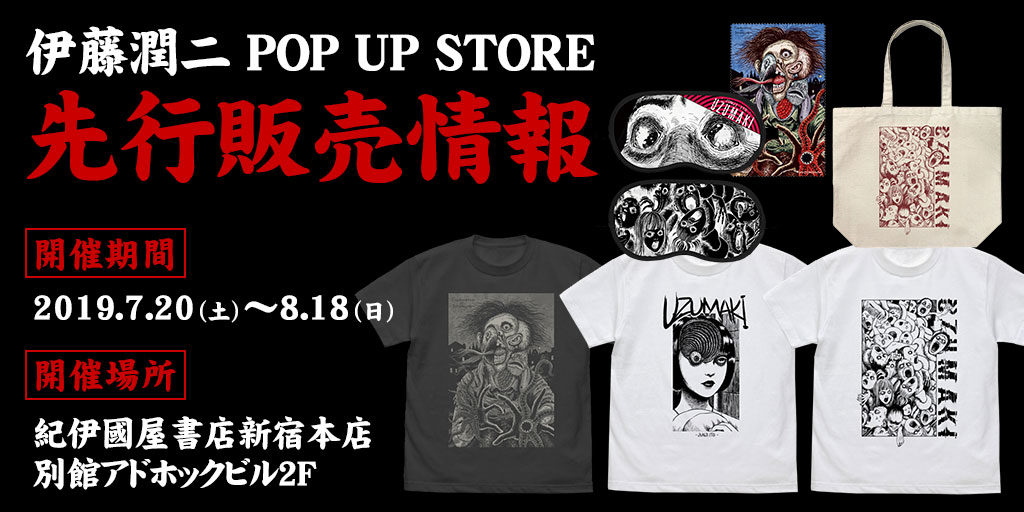 Junji Ito’s art is as instantly recognizable as it is hauntingly beautiful, yet it’s only in the last few years and especially within 2019, his talent is being recognized internationally in the way it’s always deserved to be, with collaborations with Crunchyroll and more frequent international releases of his manga a sign of this. Within Japan, however, the work of Junji Ito has always been well regarded and won countless awards, yet even here we’ve seen this year bring about new collaborations with Mandarake and, now, a brand new pop-up star open from now until the 18th August. 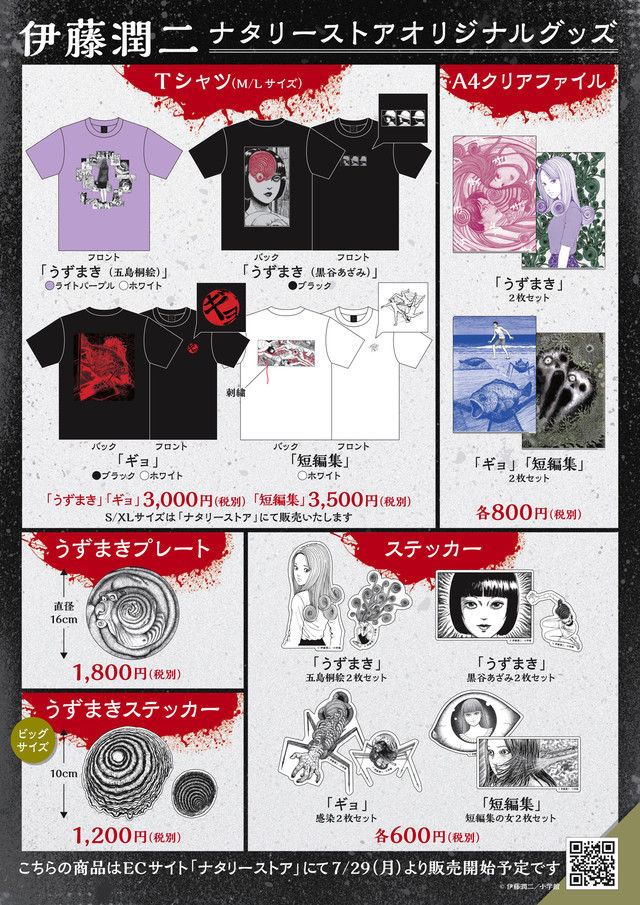 Art from two of Junji Ito’s most popular and recognisable works, Kyo and Uzumaki, even to those who have never read a single manga by the artist, will be the predominant source material for the goods, which have been sold at the pop up store Kinokuniya Books Store since the 20th of this month and will continue to be available until August 18th. A variety of shirts, tote bags, phone cases and more will be made available with this collaboration. For me, however, my favorite design would have to be arguably the most normal of these designs, as instead of featuring the trademark body horror Junji Ito is known for, the more simplistic Tomie design that simply features the main character carries with it both Ito’s style and a sense that, for those unaware of the manga’s contents, that there’s more than meets the eye, while also being a less scary image than, say, the store’s Uzumaki shirt. 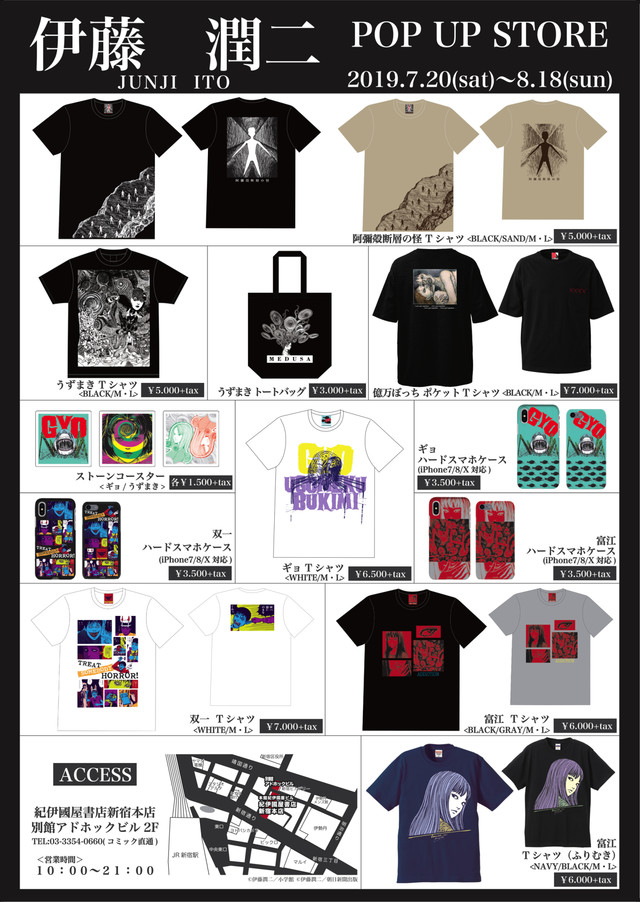 Alongside the pop-up store, new goods will also be sold on Natalie’s online store that also features Junji Ito’s art, with these goods being pre-sold at this same pop-up store ahead of the mail-order sales date of July 29th. These goods also feature the art of Gyo and Uzumaki, as well as from his Frankenstein manga as taken from the Short Story Best of Best compilation. More shirts (you can’t have enough shirts), A4 clear files, stickers, and even a plate will be made available, though I think mixing food with his art isn’t the best idea, personally.

Alongside this, some goods from COSPA will also be made available.

The Junji Ito pop-up store is open now at the Kinokuniya book store in Shinjuku and will remain open until August 18th. Although it is currently yet to be made available online, a selection of this merchandise is being created through a collaboration with Natalie and will be available on the Natalie Store from July 29th