I suppose something like this was inevitable considering Junji Ito’s growing popularity outside of Japan. Everyone’s favorite horror manga artist is getting his first Western adaptation of one of his works. His iconic Tomie, which actually is not one single manga but a series of one-shots starring a particularly mysterious, beautiful, horrifying young woman Junji Ito has been occasionally putting out over the length of his career, is coming to a streaming service called Quibi. Long-time horror film director Alexandre Aja, who directed the 2019 flood horror film Crawl and is maybe most known for The Hill Have Eyes, is set to direct and produce the Tomie series. 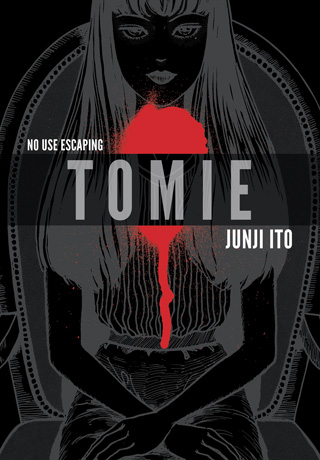 Out of all of Junji Ito’s creations, Tomie may be the only one where you remember the character as much as you remember the horror. Works like Gyo and Uzumaki are incredible but the viewer is drawn in by the macabre created by zombie fish and spirals respectively. Tomie is a biological horror all her own, but she’s also by some standards at least a person. One who can’t die and can seemingly reproduce asexually and sporadically, but a complex human with a personality known the less.

Tomie’s mostly known for driving men to madness who desire to own her beautiful, however, she’s also known to drive women to madness who desire to have her beauty. While she amasses quite a lot of blood on her hands over her stories, she’s come under attack countless times too. This live-action series won’t be the first time Tomie’s been brought to life; there have been 9 Tomie films made in Japan thus far. Still, being on a streaming service director Alexandre Aja can probably get away with a whole lot, not having to worry about broadcast standards. We’ll see if her American make-over will focus on the tension or the body-horror.