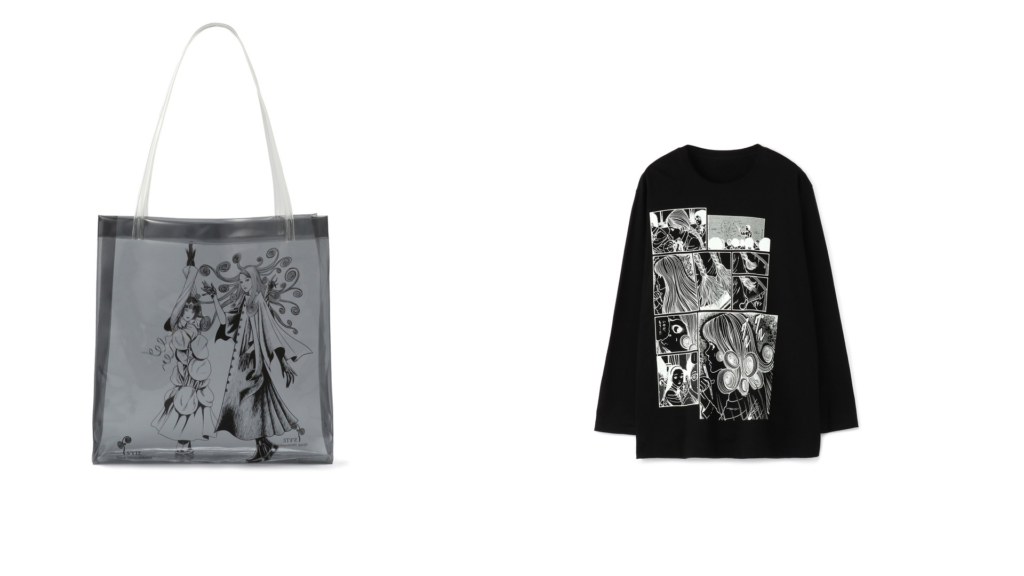 When it comes to collaborations, the planets aligned on this one. Yohji Yamamoto is one of the most talented designers on Earth; he’s loved equally by hypebeasts, nu-goths, and those who genuinely follow haute-couture and high fashion. It’s a bit of a simplification of his work, but he generally loves black long drapey clothing. Junji Ito similarly is a figure loved by a variety of audiences; long-time manga nerds, the internet sub-culture zeitgeist, and horror fans of all stripes. Ito’s work has been used in a number of fashion lines before, but he and Yohji Yamamoto joining forces truly is a next level occurrence. 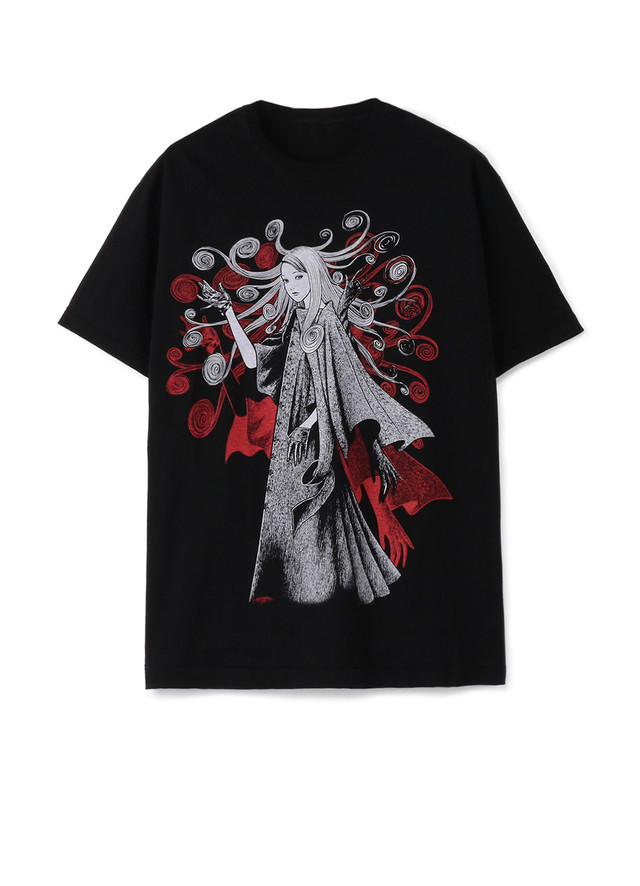 While a couple of the pieces in the rather large collection put out by Yohji Yamamoto’s sub-brand SYTE do use imagery from the original Uzumaki manga, I’d like to focus on the new original artworks Junji Ito created for the collection. Specifically, he dressed up characters from Uzumaki in some of Yohji’s classic pieces and then these Ito Illustrations featuring Yamamoto outfits were, in turn, made into new Yohji Yamamoto clothing. The two original illustrations were put on two t-shirts each, and a bag featuring both of them is also available. 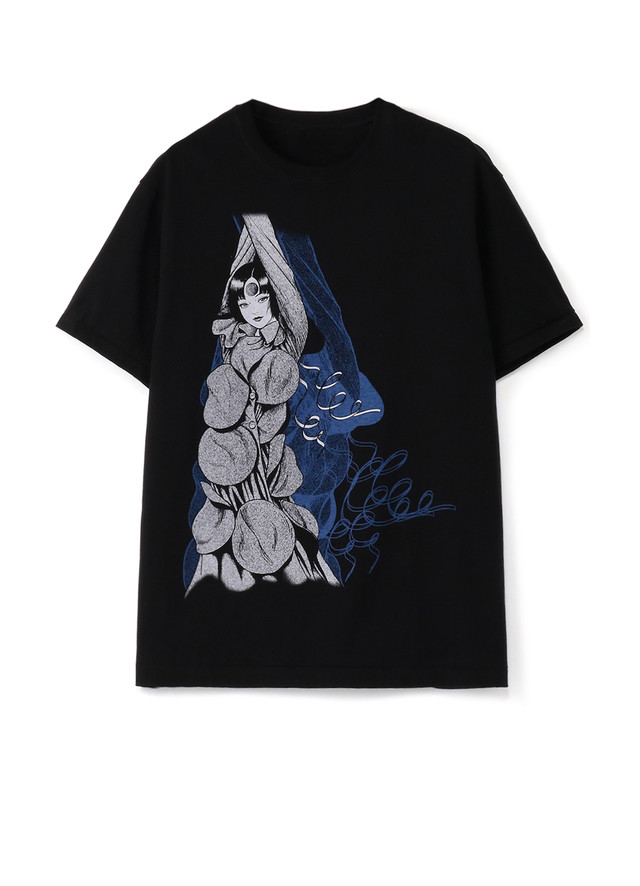 You have the classic Uzumaki face-hole whole girl wearing an incredible avant-garde dress, how can you beat that? The line is also pretty cheap for Yohji standards, coming in at 6,600 yen for the t-shirts and 7,800 for the long-sleeves. Not too bad for genuinely good quality clothing with designs that stand out. The two long sleeves feature art from the manga which has been edited and applied tastefully. If any pieces from this collection aren’t completely sold out I’ll probably pick up a couple next time I’m in Japan.