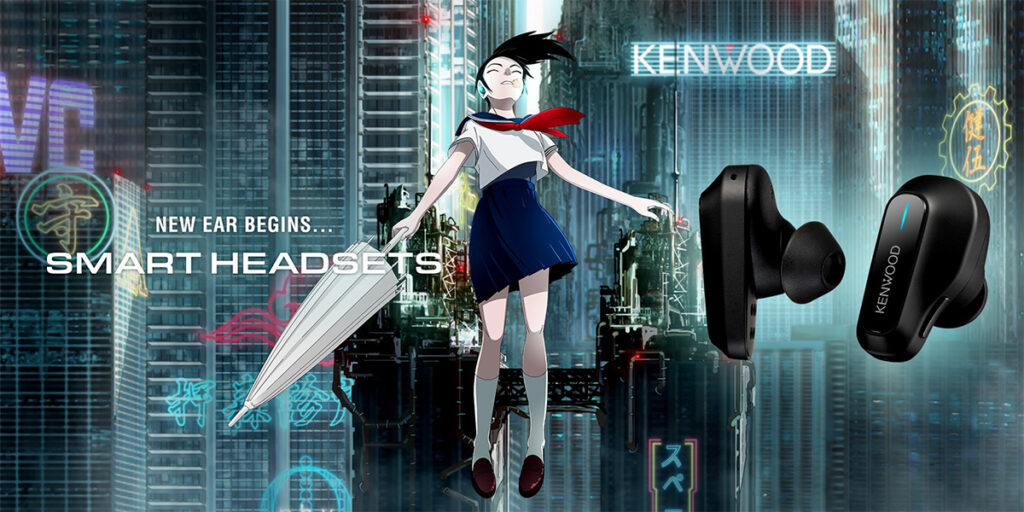 Koji Morimoto and Mamoru Oshii, both well-known for their work in anime, lent their talents to a special promotional campaign for JVC KENWOOD wireless earphones.

When you think of sci-fi anime, or indeed anime in general, the names Mamoru Oshii and Koji Morimoto are likely to come to mind. One is the renowned director of Ghost in the Shell and more, while the other made his name as the co-founder of Studio 4C and for working as an animator on the likes of Akira and Animatrix. If you want to bring a science fiction setting to life, these names would be at the top of your wish list, whether that be for a large-scale new production or, in this case, a science fiction setting that will promote a pair of wireless earphones.

This short film by Mamoru Oshii (executive director) and Koji Morimoto (director, animation director and storyboard artist) for JVC KENWOOD earphones starts off with a schoolgirl standing in a clearing in the forest listening to music. Suddenly, the music stops and we’re transported to the beach as a more ethereal tune plays, from which we begin to see images of the girl spliced in between shots of people living in a cyberpunk-inspired futuristic city and wearing the same earphones. In the futuristic world these characters all live, the use of such devices is now commonplace and everyone can connect with one another using these earphones. The short film ends with the characters dancing on a beach together underneath a UFO.

It’s an unusual video, I admit, and one that doesn’t make much sense at first since it’s difficult to tell that the city and beach are supposed to be connected in such a manner. Still, the visuals are intriguing with the backgrounds of the city in particular being rich and vibrant. The ending fits the theme of connection and emphasizes the earphones.

The JVC Kenwook Smart Headsets advertised in this short film go on sale in January and February 2021. You can find out more over on the official website.