Meet the Middle Aged Idols Challenging Age, Image, and the Industry Itself 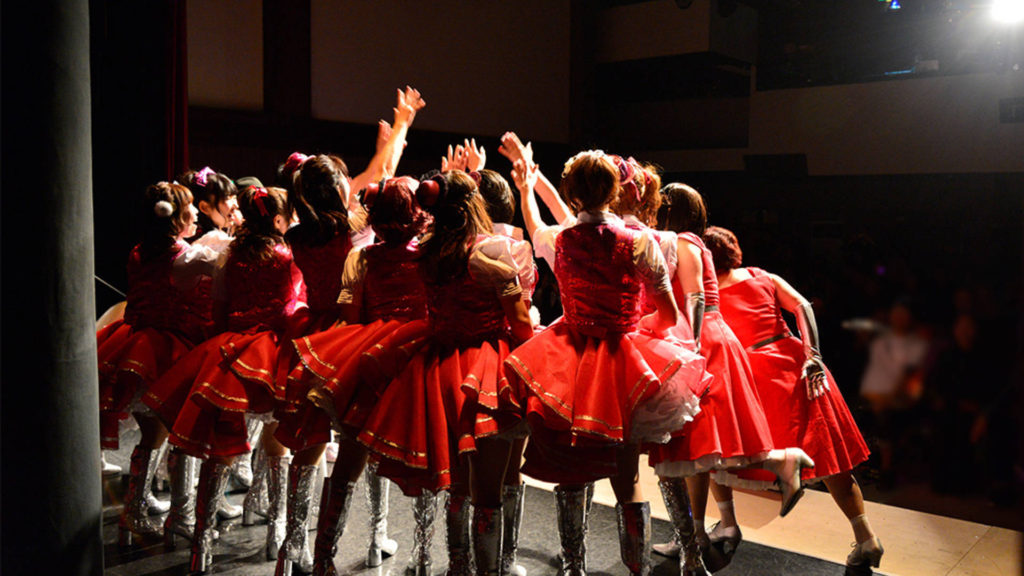 “Age has nothing to do with it!” When I first heard the idol group Jyonetsu Dream’s tagline, I was immediately taken aback by the profound gravity of their message.

The Japanese idol scene is a vicious landscape. It’s often characterized by harsh training, strict beauty standards, and toiling for a while before you’re even able to make your debut. Many idols are also discouraged from having romantic relationships by their agencies, or don’t even have the time to do so – Momoka Ariyasu from ultra-popular idol group Momoiro Clover Z famously retired this year, saying that she wanted more time to live a “normal life.” Although conditions have certainly improved in recent years, and as a whole pale in comparison to the harsh conditions of neighboring Korea’s idol industry. With that being said, it’s still a difficult road for any aspiring idol to choose to take.

All the more reason, then, that many up-and-coming idols have to be enthusiastic, fit, and young. Young men and women are much more likely to be able to keep up with harsh training regimens, maintain their enthusiasm, and spend a significant amount of time working to break into the mainstream. It’s also not uncommon for idols to be retired once they reach their thirties, or even late twenties because of this – the perceived wisdom is that only young people can make it in the idol industry.

But the emerging idol group Jyonetsu Dream is different. Comprised of women ‘around 40’ years old, many of whom are mothers, the group is refusing to adhere to the idol industry’s strict standards surrounding age. They are singing and dancing together, and they’re pretty good at it.

I happened upon the group by accident, having been invited by a friend to attend a variety show in Kawasaki which they were performing in. The acts before hadn’t exactly set a good precedent. The show was essentially showing off the talents of a particular dance studio, and a lot of kids are involved in that sort of thing – you can imagine the kind of acts I had to sit through. But, then again, I hadn’t exactly gone there to see an amazing show; I was more there to support my friend, and I had nothing better else to do anyway.

So when Jyonetsu Dream appeared on stage as the penultimate act, I was really surprised. My friend had hinted earlier that there was an “mom idol group,” but there were plenty of acts before that featured groups of middle-aged women, so I thought that I had already seen that. Compared to the idols I usually see, they certainly looked older, but they were still beautiful in their own way. Furthermore, the way they moved was certainly not like any middle-aged women I’ve ever seen – their rhythm and energy rivaled that of the younger idols I am a fan of.

Before I knew it, I was absolutely enthralled by their performance. Not only were their songs original, but also really catchy – I particularly found myself tapping my foot to “The Loving Doll (恋するキャストドール～球体関節人形～),” and immediately regretted not bringing my penlights. They followed that song with a heartfelt ballad, in the form of “The Same Old Evening (いつもと同じ夜),” which showed a more low-key side to the group, only making me appreciate their talents even more. By the time they finished the show with their theme song, “Jyonetsu
Dream,” I was completely won over to the group.

However, it wasn’t just the songs that I liked. As I said, the Japanese idol industry is incredibly strict, forcing harsh standards of beauty and youth on any aspiring idols. Agencies often simply don’t believe that older idols can shine as well as younger ones, but Jyonetsu Dream proves them very wrong. These older women are shining as brightly as many of the other idol groups out there, putting on great shows to entertain their fans. And, as their theme song proudly says, age has nothing to do with it.

Later, as I looked up information about the group, I also discovered that they are trying to spread this message to other aspiring idols put off by the perception surrounding age in the modern idol landscape. Anyone can join the project, called AIP, by applying on the website. Beyond Jyonetsu Dream, the project has three other groups – “Nijiiro Dream,” “Tokimeki Dream” and “Future Dream.” Together, the four groups perform in live venues around the country, entertaining audiences and fulfilling their dreams at the same time.

And who are we to deny these hopeful idols a chance, just because they are older than many of their peers? If they can entertain, if they can shine, if they can make you tap your feet and crack a smile, then I think it’s a project worth supporting. I may be a huge fan of the [email protected], but the example that the group is setting is one that might change the idol industry forever, for the better.

You can find more information about Jyonetsu Dream and the AIP project on their official website.