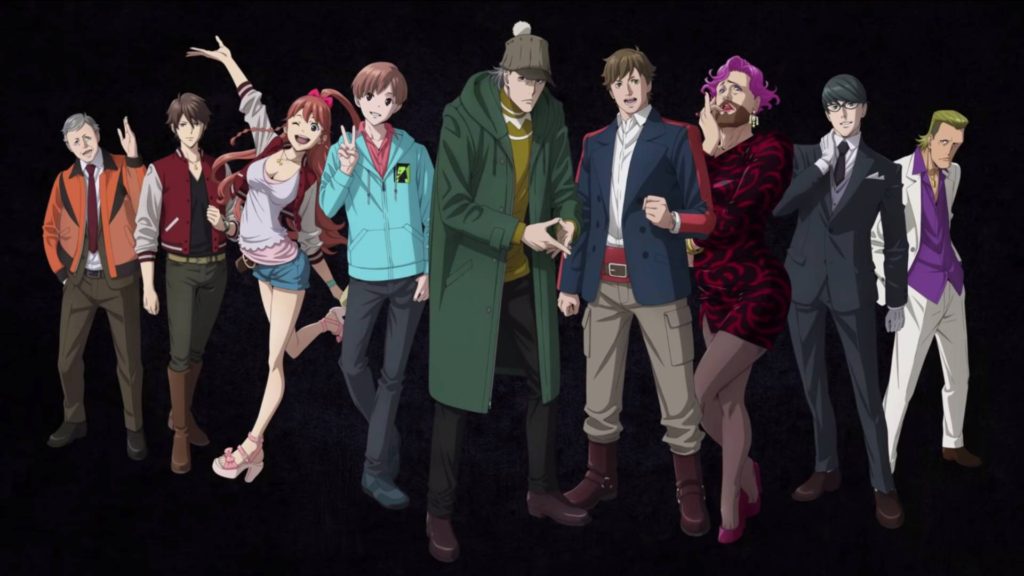 In the current anime landscape of seemingly nothing but manga and light novel adaptations, it’s always worth paying attention to original anime. So when we heard that the formidable Production I.G. was set to produce a new, original anime based on Tokyo’s infamous red-light district Kabukicho, we were intrigued, to say the least. Now, almost three months later, concrete details have finally been shared on the upcoming project, along with an all-new PV. You can check it out below:

Through much speculation following the original teaser visual, we now finally know that the project will be based on the Sherlock Holmes mythos – which is a welcome surprise. I love the original stories and have always enjoyed a lot of the Japanese adaptations of them, not least of which the under-appreciated BONES project Gosick, so to have a studio with such a great track record as I.G. tackling the stories of Holmes is something I’m very much behind.

To reflect this reveal, the title of the series has been changed once more to “Kabukicho Sherlock” from “Kabukicho no Yatsu,” which was in itself changed from the original reveal title of “Shinjuku-ku Kabukicho.” I hope that all of this confusing chopping-and-changing of titles will be worth it, and doesn’t represent some confusion on the development of the project’s part – after all, the idea for an original anime using Kabukicho as a setting has been floating around the studio ever since 2014.

Nevertheless, it seems like the show is firmly set on its usage of the Sherlock Holmes canon, and will be incorporating several iconic characters from it into its cast. The most obvious inclusion is the character of Sherlock Holmes himself, who in this story is a lover of rakugo (which is presumably why he hangs around Kabukicho). Joining him will be his trusty assistant John Watson, who works as a coroner at the local university hospital. It’s worth noting that the gap in age between John and Sherlock seems much larger than in most other adaptations, with Sherlock sporting a fine head of grey hair and with John looking remarkably youthful.

Another strange age gap presents itself in this adaptation’s versions of the characters Mary Morstan and James Moriarty. Firstly, Mary Marston is better known as Mary Watson, as she later marries John Watson in the original Sherlock Holmes stories. Yet, in this version, Mary is a “ko-gyaru” high school student, which surely makes John having an interest in her slightly weird. Moriarty is also a high school student, which would seem to limit the probability of him being an evil mastermind just yet.

I can only think of one reason behind these rather significant departures from the original canon – that Production I.G. is setting up for several sequels in which both characters literally grow up and into the characters we know and love from the original canon. But before they even think about sequels, the first season will have to do well first – something which definitely isn’t “elementary, my dear Watson.”