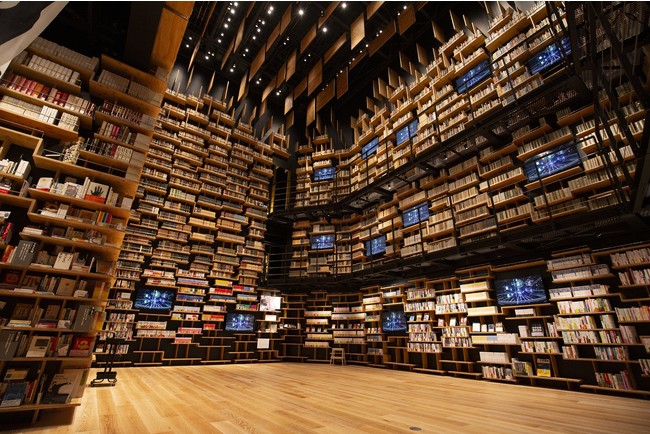 After being delayed for several months by COVID-19, the latest anime tourist pilgrimage site will have its grand opening on Friday, Nov. 6.

The Kadokawa Musashino Museum — also known as the Kadokawa Culture Museum — is a major part of Tokorozawa Sakura Town, an entertainment, business, and cultural center in Saitama Prefecture.

We wrote a little bit about the museum back in August, when Kadokawa announced that it would open an anime-themed hotel at Tokorozawa Sakura Town.

In September, we reported that a Newtype magazine anniversary celebration would be among the first exhibitions in the museum building. (However, it will be separate from the museum’s main exhibition area.) 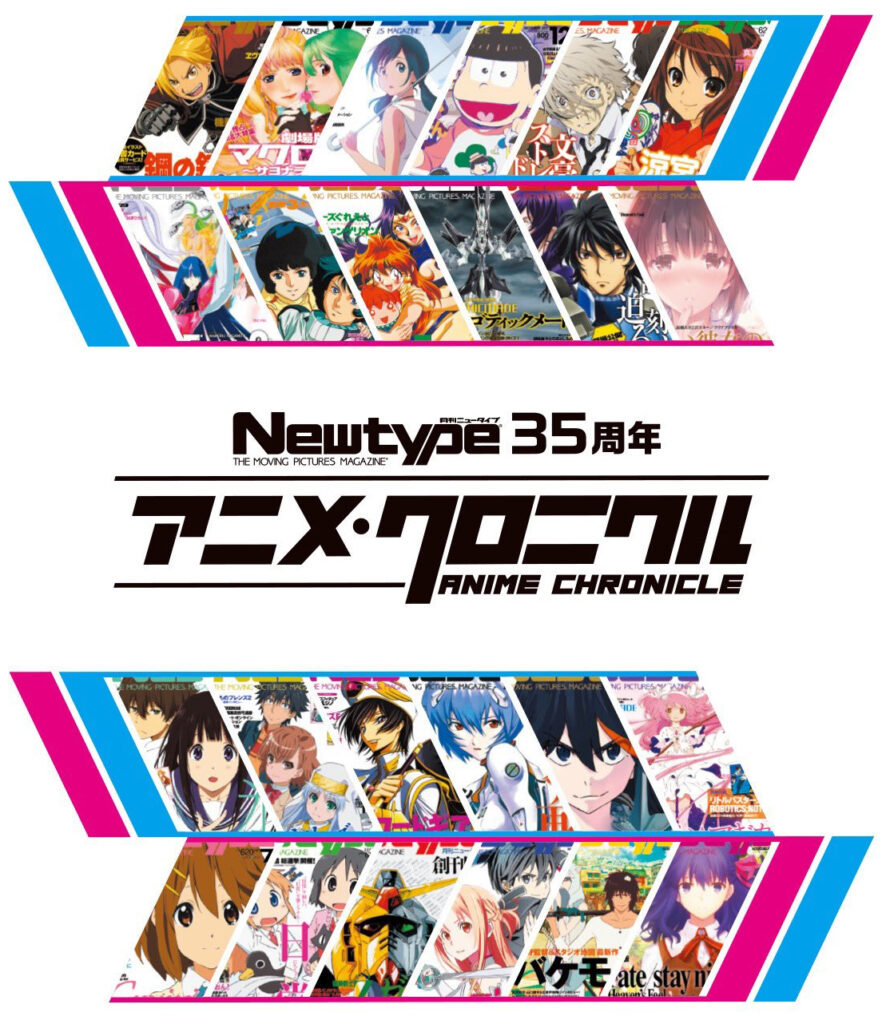 With the grand opening fast approaching, Kadokawa recently released a lot more information about the museum and its attractions.

The five-story building will be divided up into several sections, including the two-story Bookshelf Theater, the Musashino Gallery and Musashino Corridor, and Edit Town.

Other parts will include a manga and light novel library, the EJ Anime Museum (where the NewType exhibition will be), a restaurant/ cafe, and other facilities.

There will be a lot to see and do in the building, from thousands of books to an exhibition on yokai.

One of the highlights of the museum will undoubtedly be the impressive-looking Bookshelf Theater, a huge library space filled with books. According to Kadokawa, the library contains about 30,000 books.

To give you some idea of how large it is, people started shelving books on Sept. 20.

Some of these books were from Kadokawa Shoten founder Genyoshi Kadokawa. Others are from historian Rizo Takeuchi, Okinawan researcher Shuzen Hokama, and literary critic Kenkichi Yamamoto.

Other books were donated by people “who had a close relationship with Kadokawa Shoten when it was founded.”

Before it got into light novels and anime, Kadokawa started out as a publisher of national history and literature. In the company’s own words, it was established “with the ambition to revitalize Japanese culture through publishing.” So, the giant bookshelf reflects the company’s history. 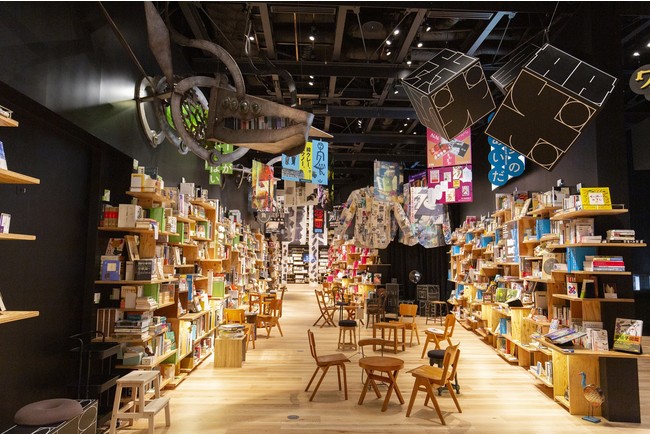 The Bookshelf Theater will be located within Edit Town, a major section of the museum.

According to Kadokawa, Edit Town will also include Book Street, the Edit & Art Gallery, and the Aramata Wonder Hidden Museum (“Hiho-kan”).

Book Street will feature 25,000 books. It will also contain artboards and “bookware,” described as “clothes made from books” by fashion designer Ryohei Kawanishi.

The first exhibition in the Edit & Art Gallery will be This Is Why I Want To Be Saved by Ken and Julia Yonetani.

Aramata will also be featured in Hiroshi Aramata’s Yokai Fushimaden 2020, or Yokai Pandemonium, a special temporary exhibition on Japanese ghosts and spirits.

Anime fans will definitely not want to miss the EJ Anime Museum on the third floor.

The first exhibition at the anime museum will be the Newtype 35th Anniversary Anime Chronicle.  The exhibition will celebrate 35 years of Kadokawa’s Newtype monthly magazine. It will also look back at the various anime series that Newtype has covered.

Note that this is just the stuff inside the museum building itself.  We haven’t even mentioned the other shops and restaurants in Tokorozawa Sakura Town. They include the Da Vinci bookstore, RamenWalker Kitchen, and a hybrid New Yamazaki Daily Store, a conbini which sells Kadokawa anime goods.

How To Get There 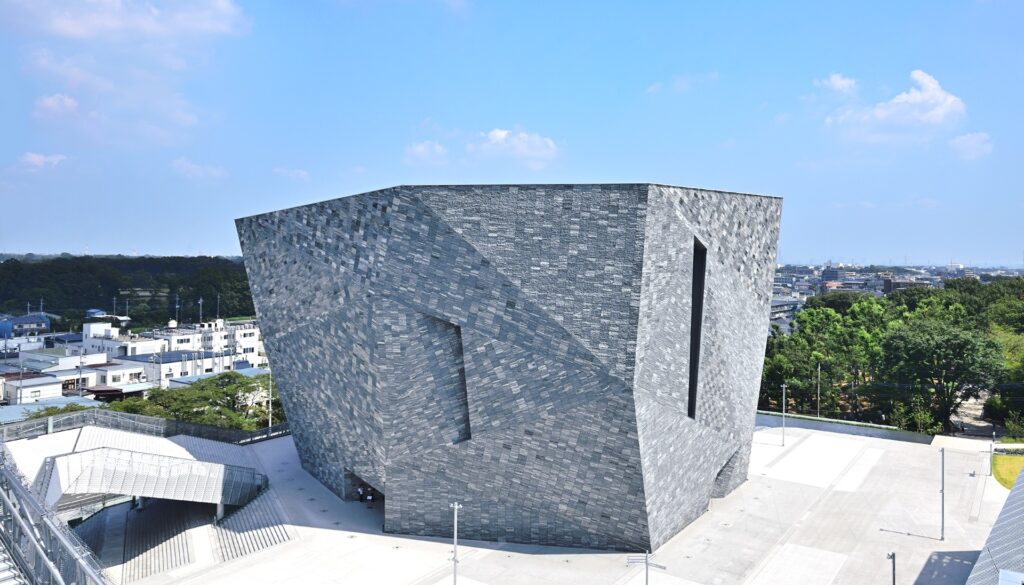 The museum is located in Tokorozawa Sakura Town in Tokorozawa City, Saitama Prefecture.  According to TimeOut Tokyo, it’s about 40 minutes by train from Ikebukuro Station in Tokyo. Google recommends taking the Tobu Tojo Line to Asakadai. Then transfer to the Musashino Line to Higashi-Tokorozawa Station.

They haven’t created English sections, so you’ll have to navigate in Japanese for the time being.