‘Kaguya-sama: Love is War’ Succeeds Where Many Live-Action Adaptations Fail 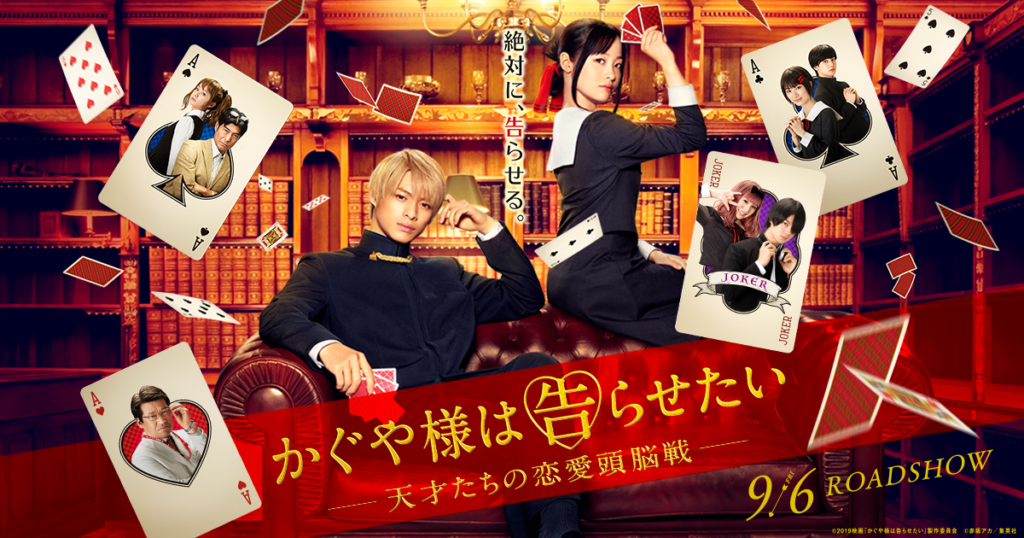 Adapting an anime or manga property into a live-action film is hard. When it comes to translating a manga or anime into live-action, considering how you go about telling a compelling story in a truncated timeframe is just the start. Each medium has its own advantages and disadvantages. The fictional reality that is brought to life from a blank canvas can play host to the highest of fantasies or the silliest of mundanities, with characters both courageous or crazy to match.

Often, when trying to translate the exaggerated worlds that can be found in such works into live-action, the results can be jarring, as the circumstances that take place and the actions of its characters can feel unnatural and absurd, breaking a viewer’s immersion and ruining the experience.

This was my fear as I entered the cinema to watch Kaguya-Sama: Love is War a few weeks ago, that this story I enjoyed would not be the same in its new form, yet it manages to succeed where many live-action adaptations of anime and manga properties in the past have failed and created a genuinely enjoyable film from start to finish.

Kaguya-sama: Love is War takes place at the well-regarded Shuchiin Academy and follows the two leaders of the school’s student council, Kaguya Shinomiya and Miyuki Shirogane. While many in the school think they’re perfect for each other and both characters have feelings for the other, both have too much pride at stake to confess, leading to an intense battle between the pair as they try and convince the other to be the first to confess their feelings. I was interested in the film prior to its release as a fan of the original work, while the news that DAOKO was contributing an insert song only further heightened my interest in the movie.

Yet, despite watching a few trailers prior to the film’s release, I had relatively little idea what to expect. For all I was excited to see it, my previous experience with live-action adaptations was rather mixed. On the one hand, the live-action Death Note films were an interesting alternative to the original that borrowed key concepts from the original work while going its own, unique direction. It showed that, though not easy, it was possible to successfully adapt popular anime and manga properties to the medium, even if in this circumstance the story went through major changes to facilitate its new direction.

Yet for every adaptation like this we get an adaptation like Say I Love You, which ruined a touching love story with relationship developments that, despite not being all that different from the events that occur in its original manga, felt fake, the main couple failing to act like a real couple would in key emotional moments. When it came to the live action adaptation of Bakuman, the story of determination from a pair of young aspiring mangaka hoping to make their big break within the pages of Shounen Jump fell flat because I couldn’t take the events of the film seriously.

For both of these films, the issues I had were that scenes of heightened emotions within their source material felt exaggerated and unnatural when brought into the real world, a major issue that most similar adaptations also struggle to deal with.

What does this have to do with Kaguya-sama, you may ask? While I feel like the films I brought up expose the flaws and issues that come with adapting such properties from anime and manga into live action, Kaguya-sama showcases that, for certain stories, the best way to overcome these issues is to embrace these flaws and use them to enhance the overall experience.

Kaguya-sama is a romantic comedy, one whose humor is derived from the tension and absurdity of its character’s attempts to one-up the other and force the other to confess their feelings. Where a live-action adaptation can often fall apart by feeling exaggerated, Kaguya-sama is a film that instead revels in such absurdity. Jump cuts between our two characters and inner monologues, which would usually feel like cheap storytelling gimmicks in this medium, emphasize just how crazy the situation is and enhance the comedy.

One scene in particular, where our characters try and convince the other to invite them on a date to the cinema, had me laughing even more than I did during a similar scene in the original work. As revelation after revelation of the intricate, multi-step plans they each undertook in order to ensure that this date would take place, the insane lengths they each went to is enhanced in this new medium thanks to its embrace of how admittedly absurd the concept of its story is. The whole scene is brought together with some wonderfully over-the-top acting from our leads alongside jump-cuts and perspective shots that serve the purpose of highlighting our character’s mental reasoning and to heighten the tension of the scene.

It was probably some of the most I’ve laughed in a cinema this year, if I’m honest, even though I’d already seen this scene before in order versions of the story, and it wasn’t the only scene that left me feeling this way either. 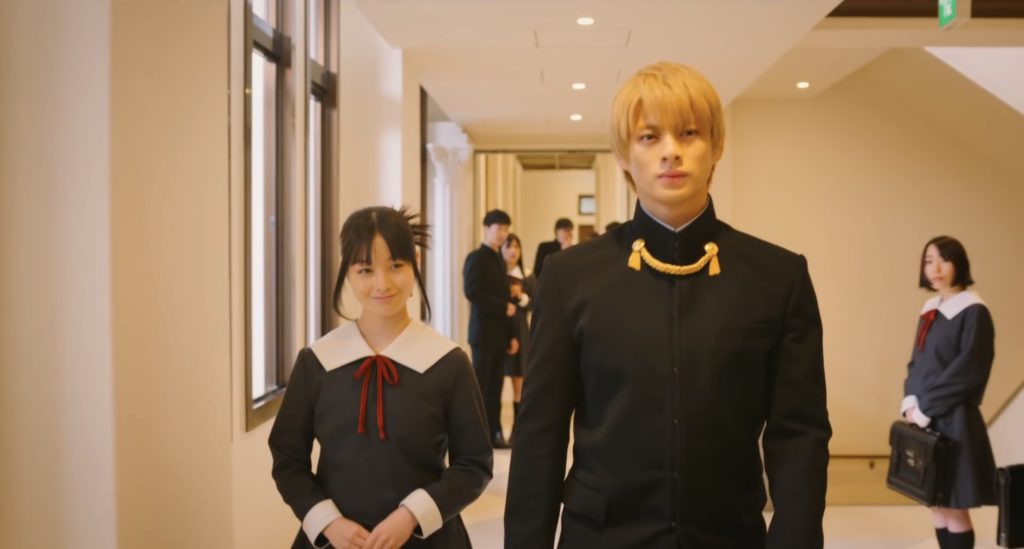 This is where the movie excels. In fact, the film ends up losing some steam when it steps away from adapting singular gags from the manga into telling a complete story. The whole experience is at its best when it simply acts as a comedy, and as the movie shifts into more emotional scenes and dramatic story moments in its second half the problems with live-action adaptations begin to creep in again. The first half of this film is definitely the stronger of the two for this reason.

I don’t want to bring down the latter moments as they were still an enjoyable experience overall that did provide me as a viewer a satisfying conclusion, it probably would have been a stronger overall experience if some of the more dramatic scenes outside of the school in the second half of the film had been cut.

Overall though, it’s rather difficult to find much that I would fault about this film. When it’s good, it is incredibly fun, capturing the essence of why people enjoy its source material while taking advantage of the new medium it is being told in. Even its weaker moments which play into the medium’s weaknesses when it comes to such adaptations can’t bring down the whole experience all that much, and I came away from it all feeling satisfied in a way I didn’t perhaps expect to feel going into it.

Kaguya-sama: Love is War is out now in Japanese cinemas, and you can find more information over on the film’s official website.