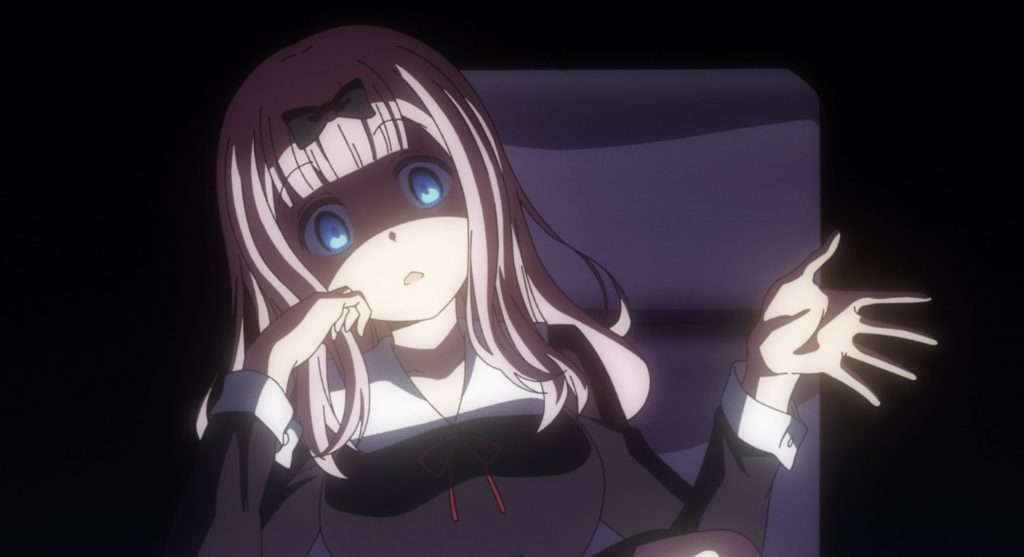 Last week’s episode of Kaguya-Sama: Love is War took the interesting decision of shifting the focus away from our main romantic duo, and as season 2 heads towards its climax and the pair re-enter the picture, the emotional weight of episode 10 still refreshingly lies with the supporting cast.

This week, the finishing touches towards the sports festival are made and the final preparations are underway. Before this can take place, Kaguya and Shirogane need to stop avoiding one another and Shirogane needs to learn the Soran dance. What’s nice here is that, even as these stories follow our two main characters, much of the heavy lifting for these skits is through the lens of the supporting cast, the skits mostly serving to elevate them more than anything else.

Piggybacking on the Romantic Leads 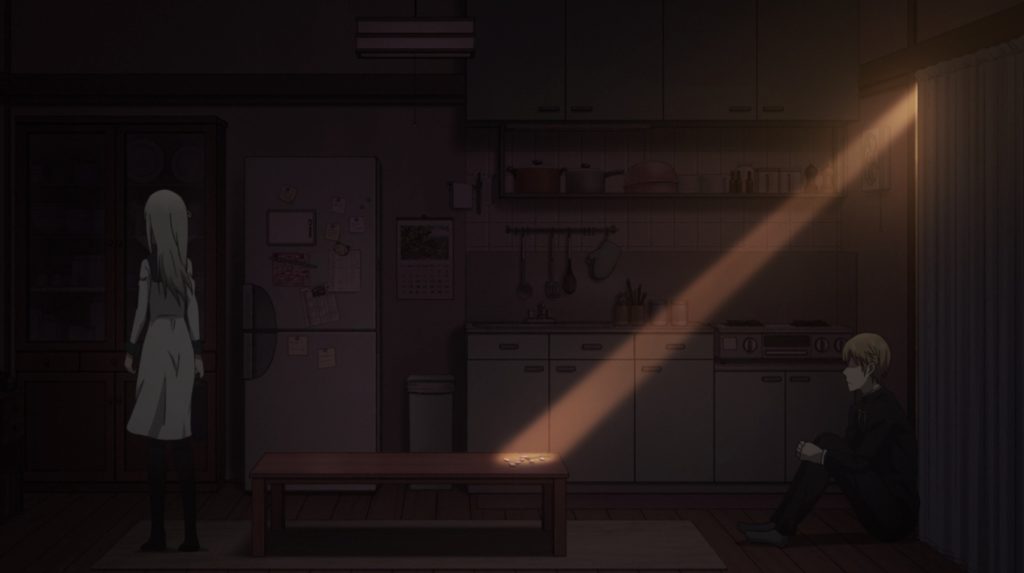 The start of the episode is centered on the need for Shirogane and Kaguya to find closure to the awkward distance that’s grown between them since the near-kiss they experienced in the old storage room. Ever since that point, Kaguya’s kept her distance and Shirogane’s left confused and fearful that she’s grown apart, especially as she’s started to talk to Ishigami more.

Rather than focus on Shirogane overcoming this uncertainty and centering the episode on his personal doubts, however, the focus instead becomes on how the anime’s side-characters interact with Shirogane’s out-of-sorts attitude. Shirogane’s sister, Kei, wants to know more about the romance he’s feeling that’s making her beloved brother so upset, but she’s in her rebellious phase, while we’re also simultaneously introduced to their father a lazy, careless man who’s the polar opposite of his children. 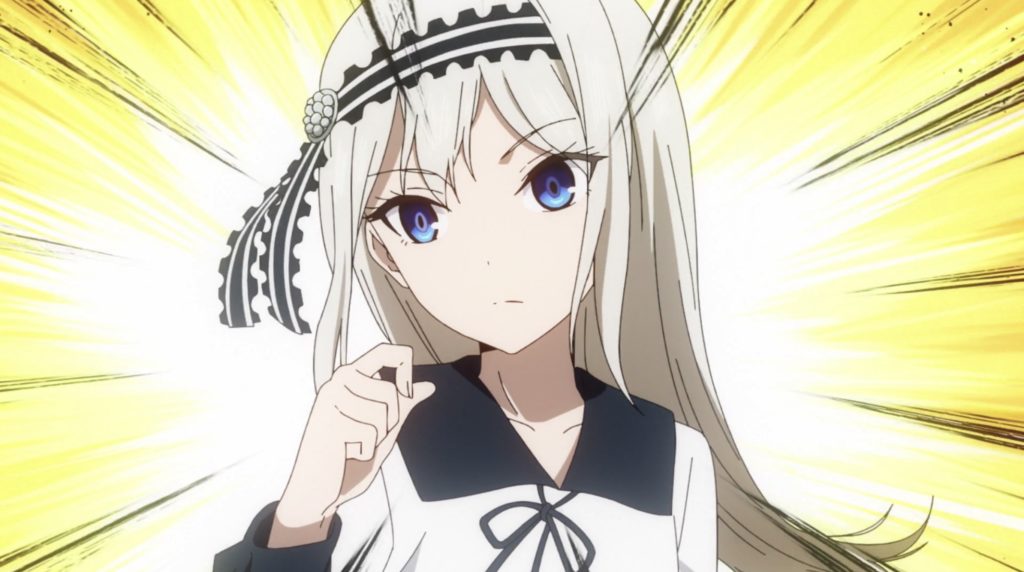 The cycle of uncertainty, reassurance and greater connection between Kaguya and Shirogane is a tried-and-tested formula for the series that continues to be effective thanks to the anime’s strong writing. Every time the pair go through issues in their will-they-won’t-they relationship, this structure is used for either a single skit or multiple-interconnected stories that end with this similar resolution. Even if the writing makes it both hilarious and effective, there is the risk of it becoming repetitive, so this variance is welcome.

It’s a trend seen in the other skits of the episode where a prominence of the main duo is mostly used to highlight the supporting cast. Whereas Shirogane’s issues were used as a platform to develop Kei’s conflicted relationship with her brother, his inability to do the Soran dance is used to elevate Chika. Once again roped in to help fix his incompetent athletic and physical ability, the skit is only elevated when she snaps and revels in his failure after Shirogane begins to reject her teachings. 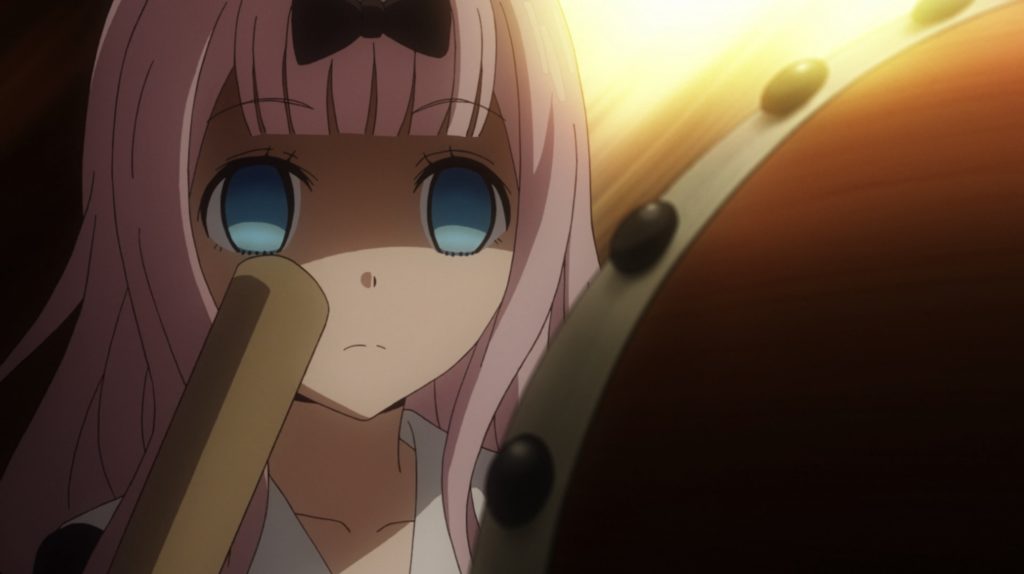 The final skit ties into the first as Kaguya feels embarrassed about supporting Shirogane in case people think the two are a couple, yet this for me isn’t as interesting as the attention placed on Ishigami in the third quarter of the episode that furthers the renewed focus he’s received since last week’s episode.

Last week’s episode of Kaguya-Sama season 2 saw Ishigami step out of the shadows and attempt to join the cheerleading club for the upcoming sports fair, with episode 10 seeking to recontextualize this into a decision that’s perhaps not as outlandish as first feared. 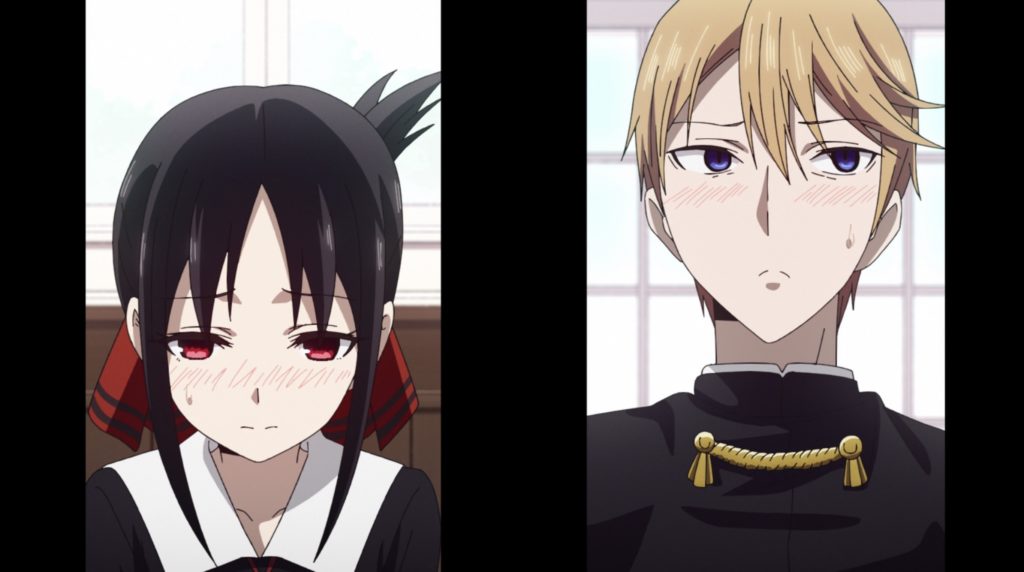 Ishigami’s sordid reputation amongst the school’s student body is brought into question here. We learn for the first time that his reserved nature isn’t necessarily from shyness but from an incident in his past that he refused to elaborate on, resulting in him being slandered as a stalker and creep.

I appreciate the decision to avoid exploring his character and this aspect of him until now as it’s only through the benefit of our experiences with him so far that we can effectively question the validity of this portrayal. While he’s never been the focus, he’s also been a selfless character who’s helped out the student council when he can, and his fear would completely contradict the idea he was once a stalker. If his initial introduction back in season 1 was coupled with this story, we’d instantly know there was more than meets the eye and its discussion would ring hollow. 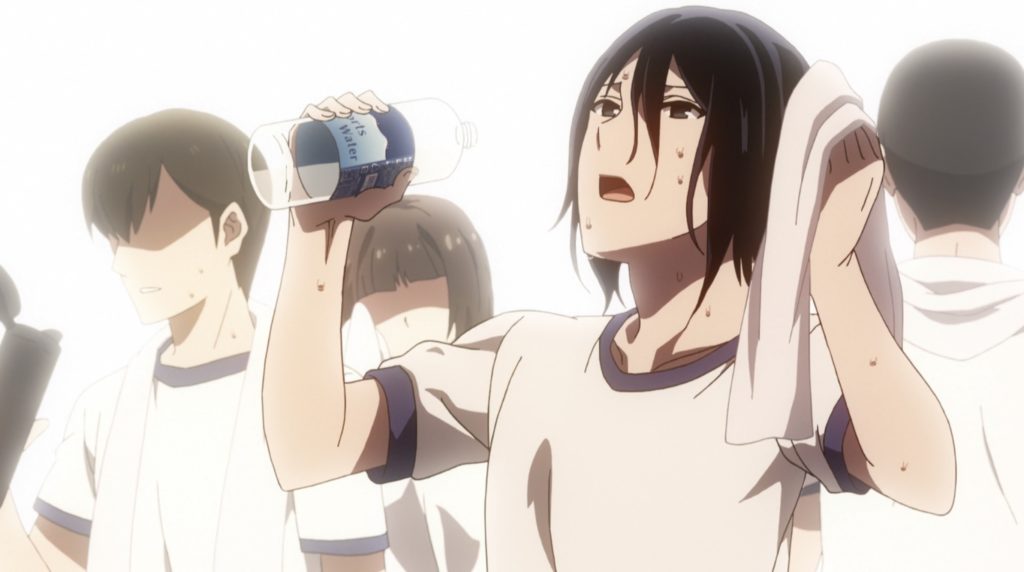 Instead, the introduction now allows us to see Ishigami solely for who he is. Miko’s introduction helps here as she acts as the perfect counterweight to Ishigami, her strict enforcement of the rules forcing them to get involved without preconceived judgment. This will most likely be explored in the remaining episodes, and I can’t wait to see how. Ever since the student council election, the new dynamic she’s introduced has spiced the series up.

Kaguya-Sama: Love is War Season 2 Episode 10: A Sign of What’s to Come? 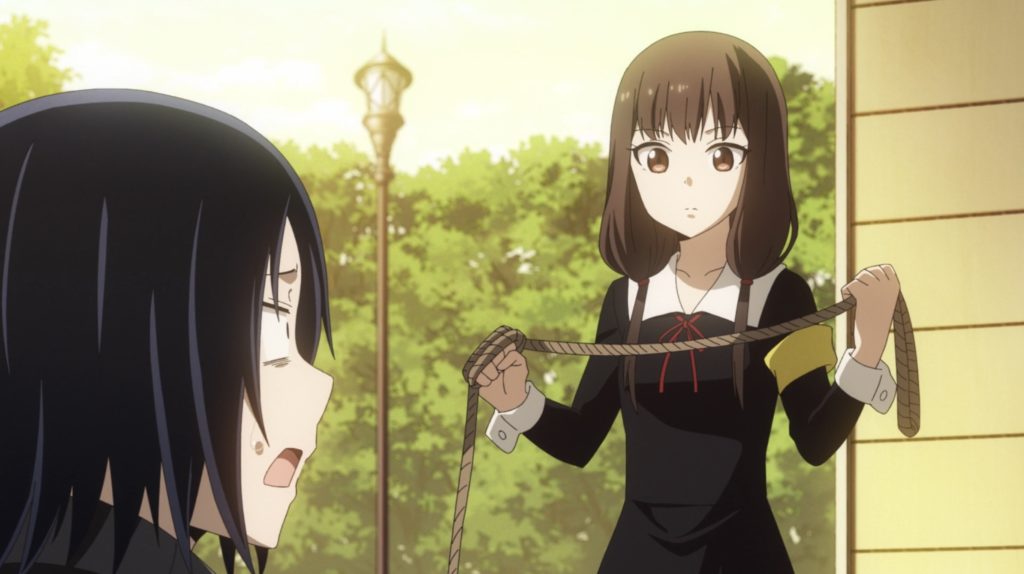 Kaguya-Sama season 2 episode 10 is effective by using our main characters as a way to thrust the supporting cast into the spotlight. With the comedy as funny as ever, it’s nice to see the series make an effort to develop the side characters further in the way this episode succeeds at doing.

Ishigami’s portrayal is perhaps the most interesting. With the likelihood this will become a focus in the anime’s remaining episodes, I’m interested in learning more about what happened. Considering I never focused on the character much before 2 weeks ago, the shift to being excited to learn more is a welcome one.