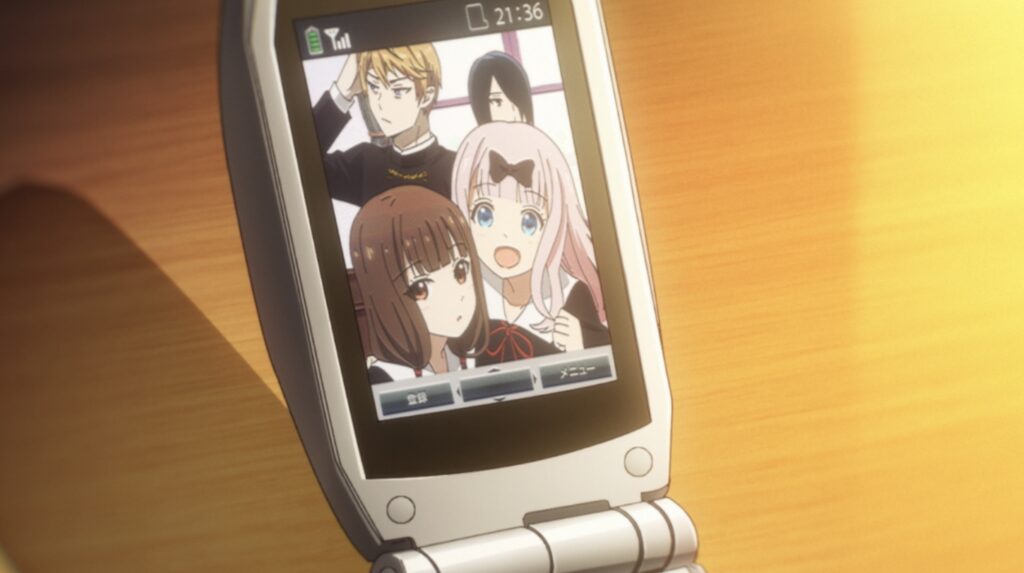 Kaguya-Sama: Love is War episode 12 is a remarkably low-key ending to season 2 of the popular comedy anime. Whereas season 1 ended with the emotional peak of the summer festival, the first signs of a step forward in our main duo’s blossoming romance, this latest series ended with a game. A childish game of blowing a balloon up until it popped.

I won’t lie, I had a tear in my eye as those final credits rolled.

A Change in Focus Sets Season 2 Above its Predecessor 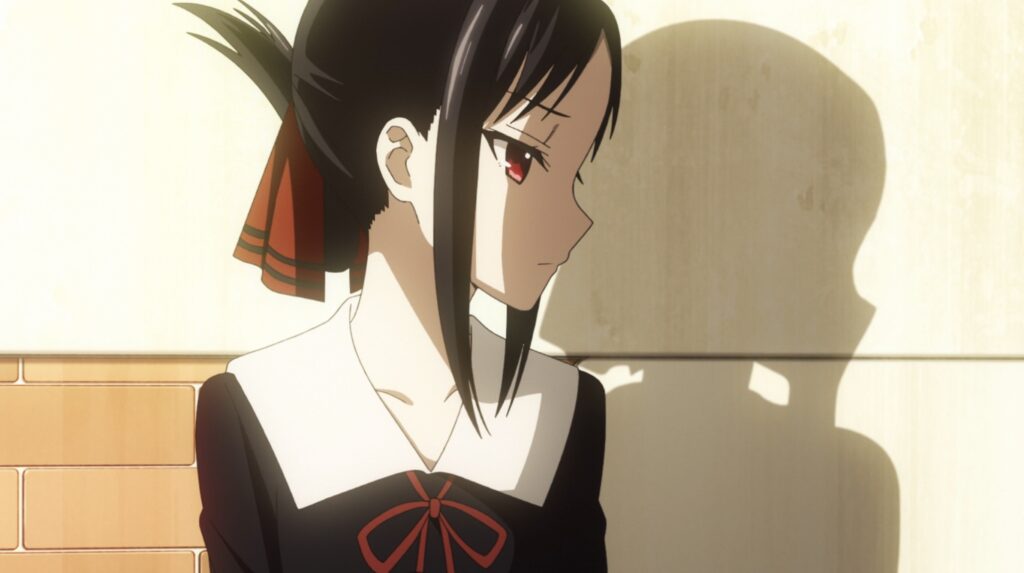 While retaining the same fundamental structure to the anime to the point that its first episode premiered with the feeling the show had never left, Kaguya-Sama season 2 has a different underlying message to its comedy and story that set it apart from what came before it.

If season 1 was mostly a standard romantic comedy, albeit one at a quality that set it apart from its peers, season 2 is much more focused on using its comedy to emphasize the idealist drive of youth and human connection in a way similar anime seem to ignore. As a more structured storyline established itself throughout this season through the sports festival and school council election arcs, it never lost sight of its comedic roots while using these roots and our respect for these characters to step out of its comfort zone. 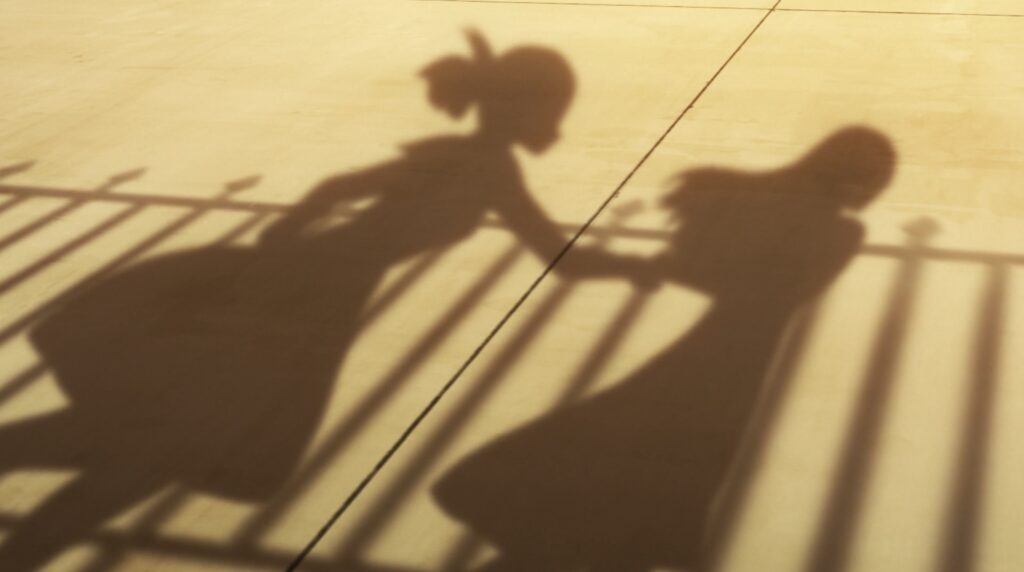 Every comedic skit and serious moment has worked towards deepening their bonds of friendship and making us care about these characters, even when it came to Ishigami and the newly-introduced Miko Iino. Each episode outside of the major stories had their own mini-arc that served to help our characters grow, such as the episode on Miko’s trauma from the obscene acts the student council regularly engaged in. Every aspect of production, from animation to story to comedy, had a renewed focus on character development as the driving force behind every gag and emotional story beat.

Which brings me to my tears at the end of episode 12 this week, a culmination of everything Kaguya-Sama season 2 had set out to achieve since its premiere. With a greater focus on character development, by the time this week’s episode rolled around, Ishigami’s selflessness, the shy love Kaguya feels for the student council that gave her a place to belong, Chika’s undying happiness, Shirogane’s pride in his care for others, Miko’s mind for justices each of their personalities were not only interwoven into believable friendships but in a way that involved the audience. You cared. 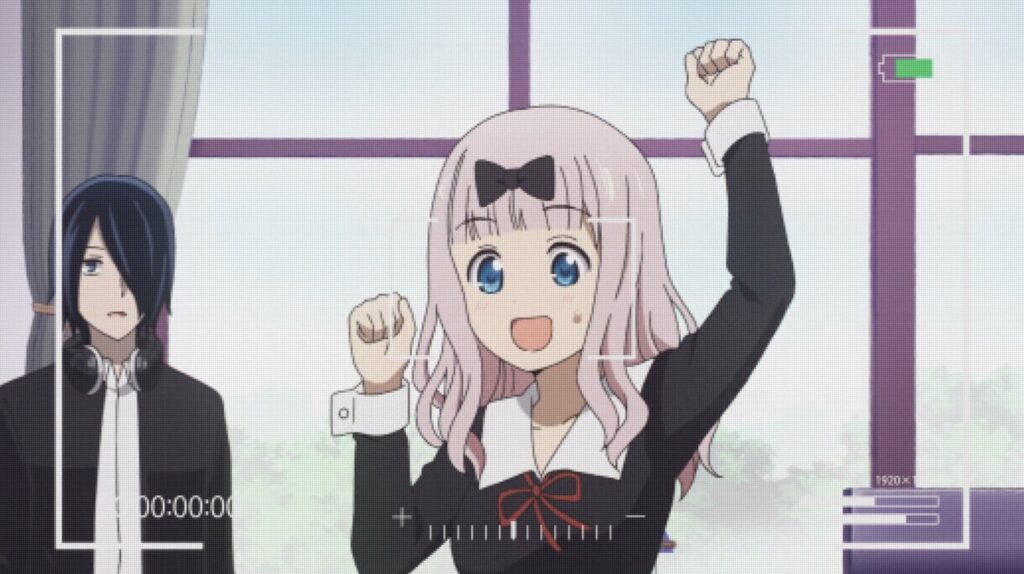 And this is all paid off wonderfully. More than during season 1, this season has shown Kaguya becoming more open and expressive within the bounds of a student council group she can safely call her closest friends. As she’s felt more able to express herself, she’s felt a greater desire to capture the memories of her life on an old phone she’s had for years.

This phone is the final relic of her older self, even as it’s been changed by the personalization it has received from the photos of her student life stored within its memory. This focus on memory drives a comedic skit about creating promotional material for the school that a family policy forces her to sit out from. As she’s left out of the ability to take photos with the rest of the council she’s left envious that she can’t share this moment. 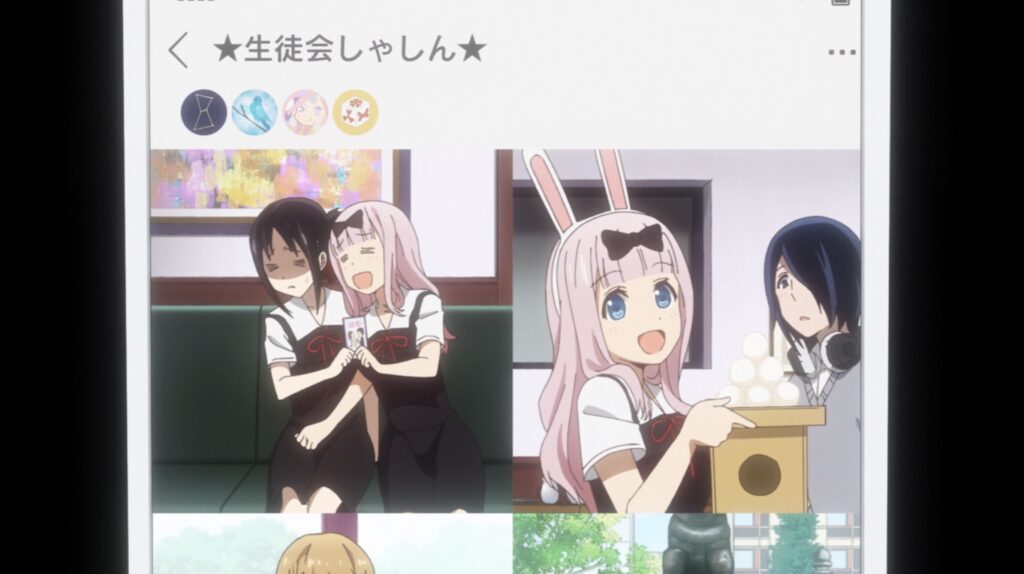 The bonds they’ve formed pick up on this, and they insist on a photo away from the promotional material of the entire student council, as a reminder of this moment. In attempts to do so, Kaguya is left deflated after breaking her phone and losing everything she stored within it. Yet from there, they all rally together to share their own photos in a new LINE group, now that Kaguya has a smartphone so she can use it. Her lost photos are replaced by so many more, and her relic to the past is now firmly thrown to the side in place of the love of her friends.

And then they play a game of blowing up a balloon until it pops. 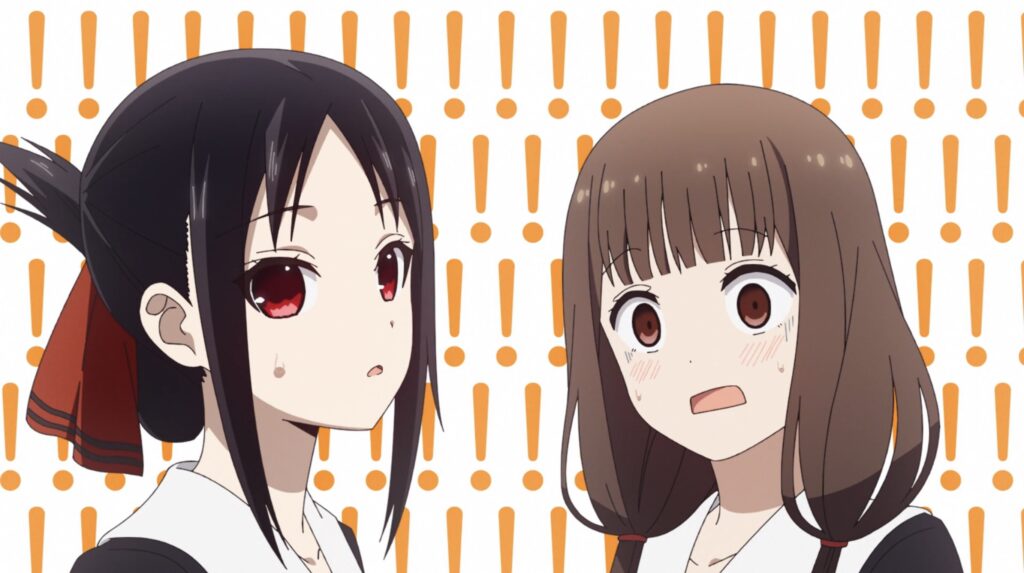 I can’t think of a better way of ending this latest season of Kaguya-Sama than this. Ending not on the phone but a mindless game of balloon-popping fun is a far better decision, as it downplays the drama of the situation to instead lean more heavily into the ideas of human connections that define the show above its peers. The phone would feel too overbearing otherwise, and this retains the same message.

With the anime’s success at building up these relationships, that’s why I felt tears at the end of this week’s episode. It wasn’t crying, more like the feeling you have when your eyes water slightly from laughing at a friend’s joke for too long. I’d class that as a success for the staff behind this production. 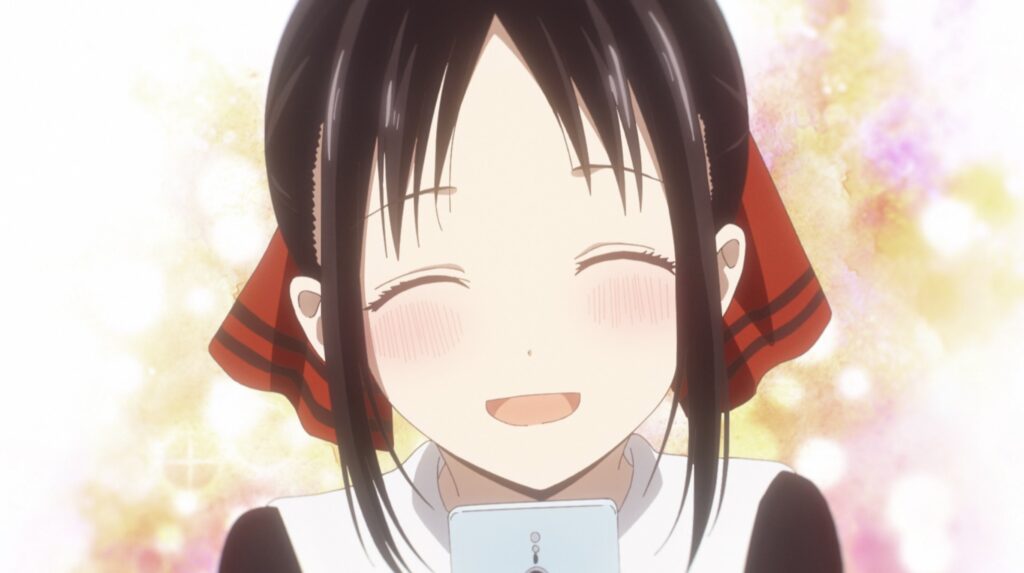 Episode 12 of Kaguya-Sama season 2 solidifies this anime’s place as one of the best romantic comedies you can find. Few are so successful at building a bond between the audience and its characters and using its humor not just to make you laugh but to further invest you into its characters and world, and this anime does so with impeccable ease.

When coupled with animation that reinforces character traits and humor that’s remained at a high standard throughout the entire production, and you have an anime that I’d struggle to pick fault with. Kaguya-Sama season 2 episode 12 is a perfect ending to a wonderful season of anime.