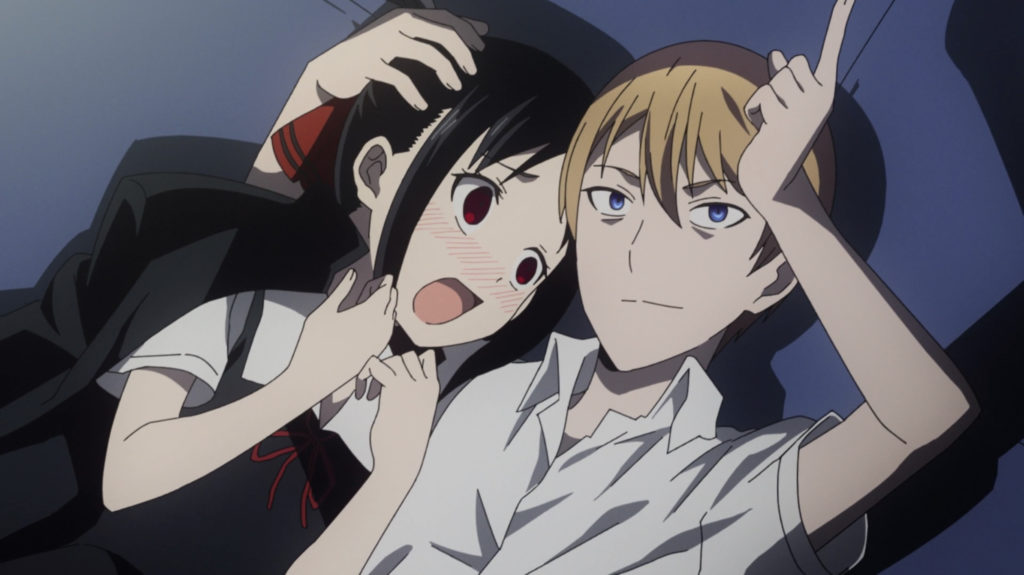 Kaguya-Sama: Love is War Season 2 episode 3 is a testament to the consistent quality of the content this anime can produce. There’s always the fear when a new series of a beloved show begins that the anime will be unable to match the expectations of long-term fans as it fails to meet the quality of prior episodes. Not only did the series premiere and last week’s episode hold up to such lofty expectations, but I would also argue this new episode is perhaps the best episode of the series yet, building upon the emotional connections between all of our cast, especially our main romantic pair, on the cusp of a major story arc which promises to mix things up.

The Tale of the Princess Kaguya 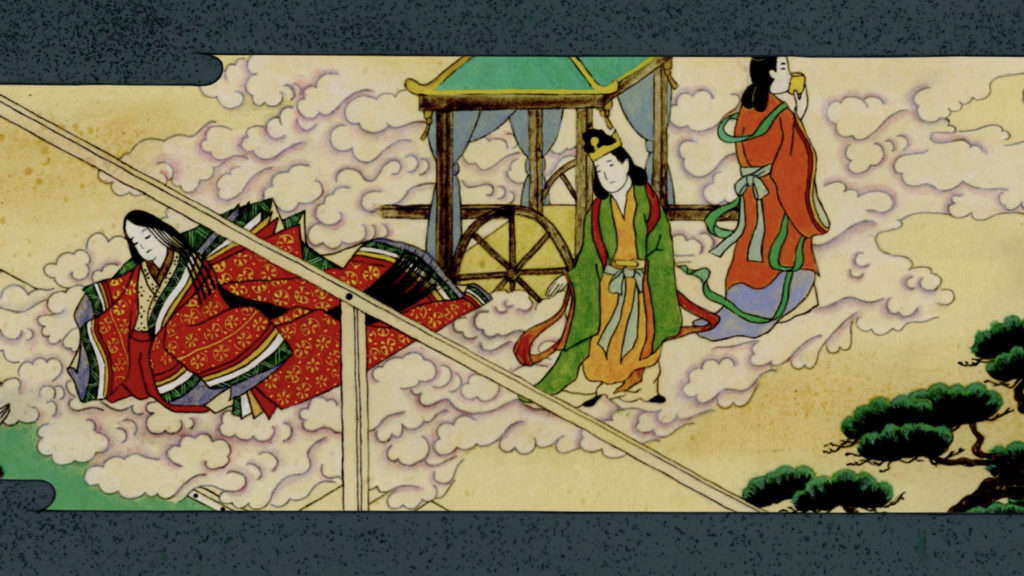 While the comedic flair of the series is very much apparent as it has been throughout season 2, episode 3 of Kaguya-Sama mostly pushes this aside in favor of an episode which emphasizes not just Kaguya and Shirogane’s feelings for each other but the comradery that all of the Student Council share for one another.

The school year is coming to a close, you see, and with that, the group’s collective term serving as members of the institution’s governing body. It was being on this body that brought them all together, caused the romance between Kaguya and Shirogane to blossom, and for them all to become friends. This looks set to come to an end, and there’s a fear they may all drift apart as a result, especially for Kaguya.

With the knowledge the moon will shine brightest in the sky on a night shortly before their final day, the group agree to go to the roof of the school to watch the night’s sky together, and Kaguya sees this as an opportunity to get close to Shirogane in the same way they did at the festival fireworks over the summer. 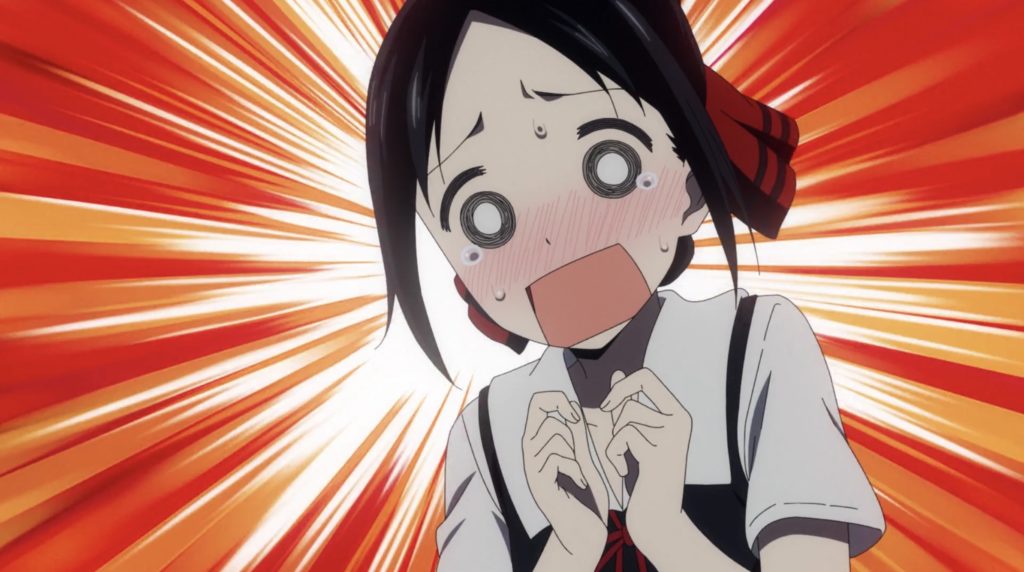 This moment eclipses the fireworks as my favorite romantic moment between the pair of them to date, mostly due to how the scene is framed. There’s a lot of comedy intertwined in this moment of the two of them alone in the light of the moon, fueled by a mix of Kaguya’s hopeless adoration for Shirogane and the latter’s complete disregard for his actions due to his childhood obsession with the moon.

You see Kaguya attempt to use her mind games to force a confession or act of love from Shirogane through subtlety (pretending she’s cold so she could have his jacket and wanting to see the stars so he would pull her close). The element of surprise comes when he enthusiastically helps her above and beyond what she expects, making her all flustered. For Shirogane, if it helps to appreciate the night’s sky, that’s all that matters. 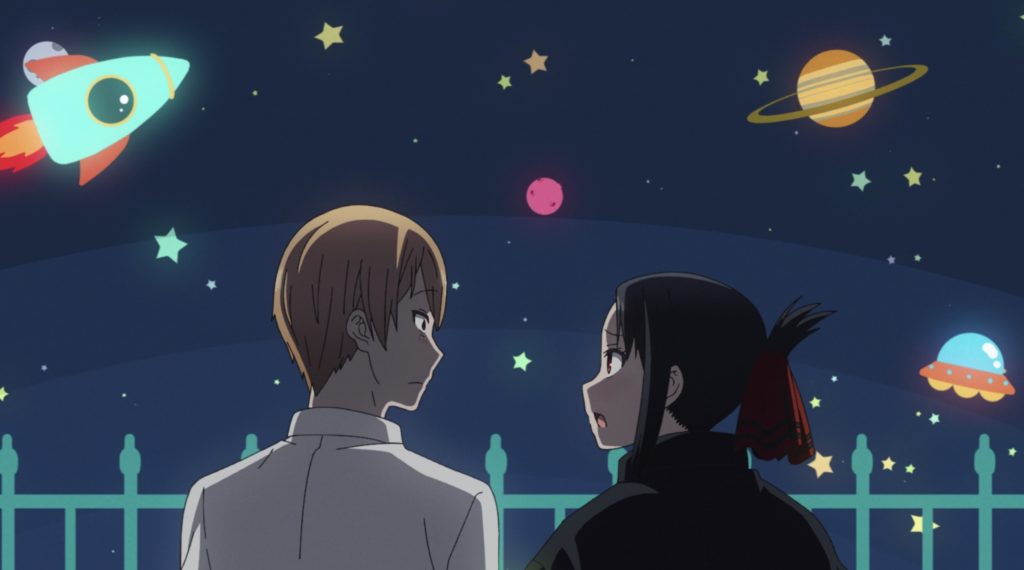 What elevates the scene to the next level is the unintentional passion of love that plays out between the two characters. As they admire the night sky, they indirectly share their feelings through the metaphor of the stars. They talk about the legend of Princess Kaguya, an old Japanese folk tale with which Kaguya shares her name, and their interpretations on it, and seeing Shirogane say he’d never let Kaguya go towards the sky acts as a moment of introspection and an indirect act of confession. The scene is understated and sees both characters let their guards down for their feelings, fueled by the beauty of the stars and the approaching end of their time together.

With how powerful this moment under the stars is, it’s a shame it comes at the very beginning of the episode. The episode peaks with their romance in the stars and the line about Shirogane never wanting to let Kaguya go, even if he’s not referring to the girl alongside him despite feeling the same thing about her. The episode continues to show their final meal together and the end of the academic year. It’s a necessary move to set up the episode’s cliffhanger and the upcoming story arc (the student council election Shirogane joins on Kaguya’s encouragement about not wanting him to go), but it’s a moment which fails to capture the excitement of this early glimpse of romance. 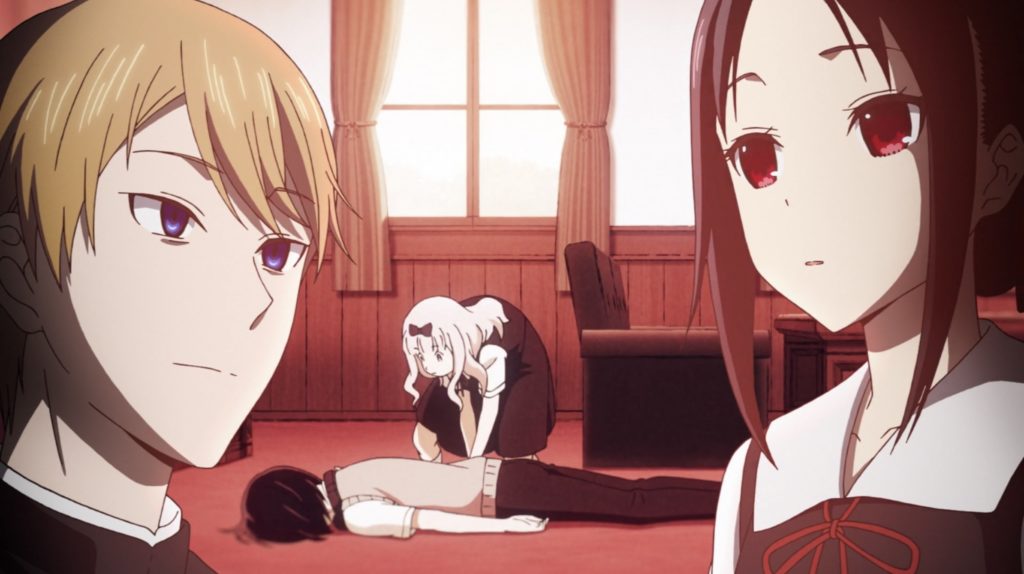 Kaguya-Sama episode 3 is the best episode of season 2 so far and stands as my favorite episode of the entire series to date. For the last 15 episodes, we’ve come to grow close to Kaguya and co., and it makes the payoff from moments like the scene with the stars all the more satisfying.

This episode marks a turning point for the series, however. As the end of the episode teased, next week sees the start of the student council elections as Shirogane vies for re-election as student council president following Kaguya’s pleas. The tone of the series will shift, and it remains to be seen whether this will help or hinder the finely-crafted dynamic formed between these characters.