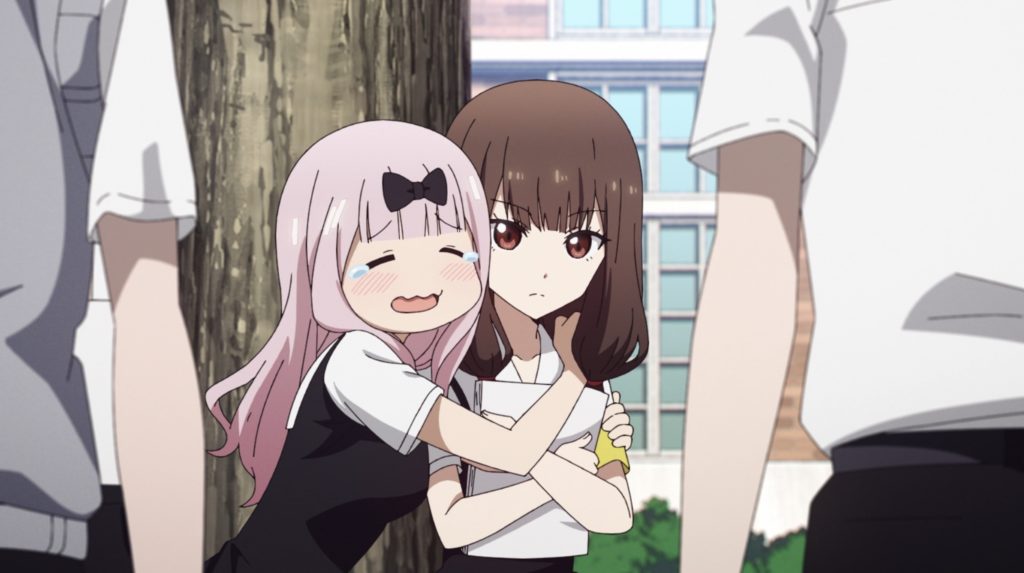 A sign of a strong series is when its weakest episodes can still be an enjoyable time. Season 2 of Kaguya-Sama has been an incredibly enjoyable time since its triumphant return a few weeks ago, retaining the high level of quality the first season, with episode 4 being another hilarious entry into the series.

What causes this latest entry into the series to fall below the quality of the rest of the series to date isn’t a lack of humor but a lack of focus. Having been promised the start of the student council election arc last week, the episode’s focus seems fractured and only really begins to place its attention on this near the end of the episode. It’s not too much of a detrimental factor, but it does hurt the episode as a whole. 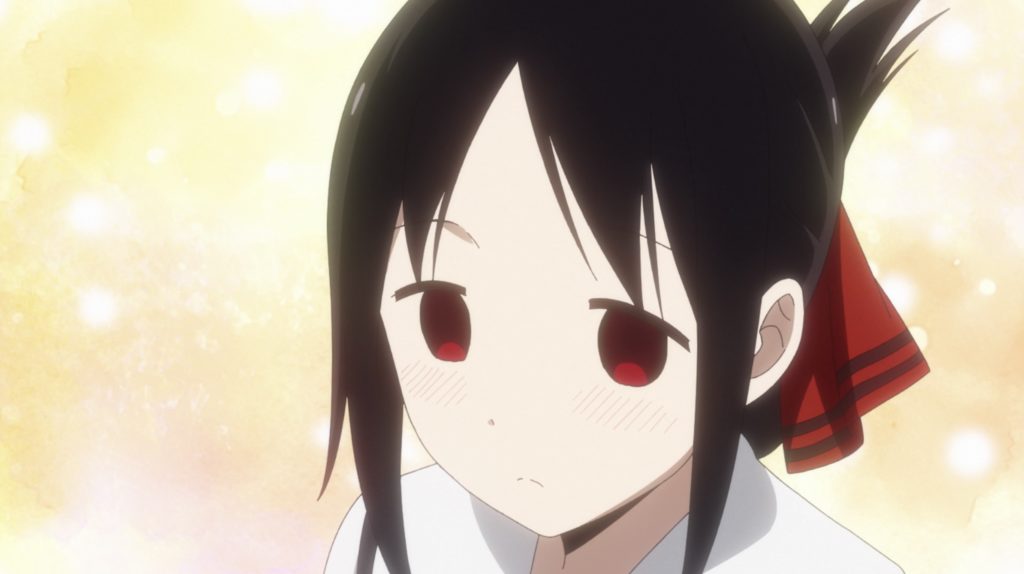 Last week’s episode had a sense of finality to it, despite being only the 3rd episode. After the summer holidays and festival brought the first season to a crescendo, the past few weeks have been focused on bringing the academic year to a close. Last week was such a powerful episode because it brought the academic year to a close with an establishment of their mutual feelings under the beauty of moonlight. The series has always been strongest when humor is coupled with the cute romance and chemistry these two possess, and that’s what this episode delivered, with the tease of Shirogane’s re-election on the request of Kaguya teasing us for major developments this week.

Then the episode starts with a skit about Hayasaka.

The skit itself is probably my favorite from this week’s episode, to be fair. In an argument with Hayasaka at home about her inability to initiate anything with Shirogane, she brags and attempts to try and win him over herself over a single day by flirting with him in a bookstore. 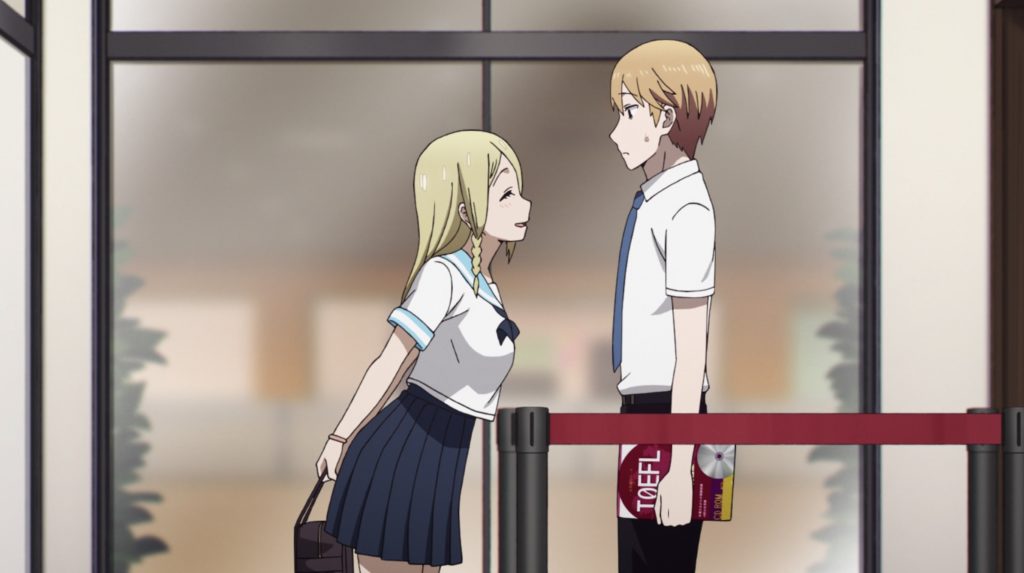 It’s quite funny to see Hayasaka acting flirtatiously while Kaguya helplessly reacts from the background, especially as Hayasaka’s personality when flirting is the complete opposite of how she normally acts in reality. The framing of the skit adds to the humor as we see Kaguya lurking in the background, with her shocked reactions often acting as a punchline. I even like how Shirogane refuses to go on a date because he has someone he likes reinforces their unofficial relationship. Yet at the same time, it feels like filler after the promises made last week, and suffers for it.

Even when the promised story arc of season 2 finally begins with the second skit, Kaguya-Sama episode 4 still drags its feet. The point of this is to bring Kaguya on board to write speeches for Shirogane to assist in their election, but the request to speak to Kaguya in secret is misconstrued as a set up for a confession of love, leading to the entire school spying on their conversation. It’s fun, but unfortunately, it adds nothing to their relationship that the events last week didn’t already achieve, so it feels like another redundant moment. 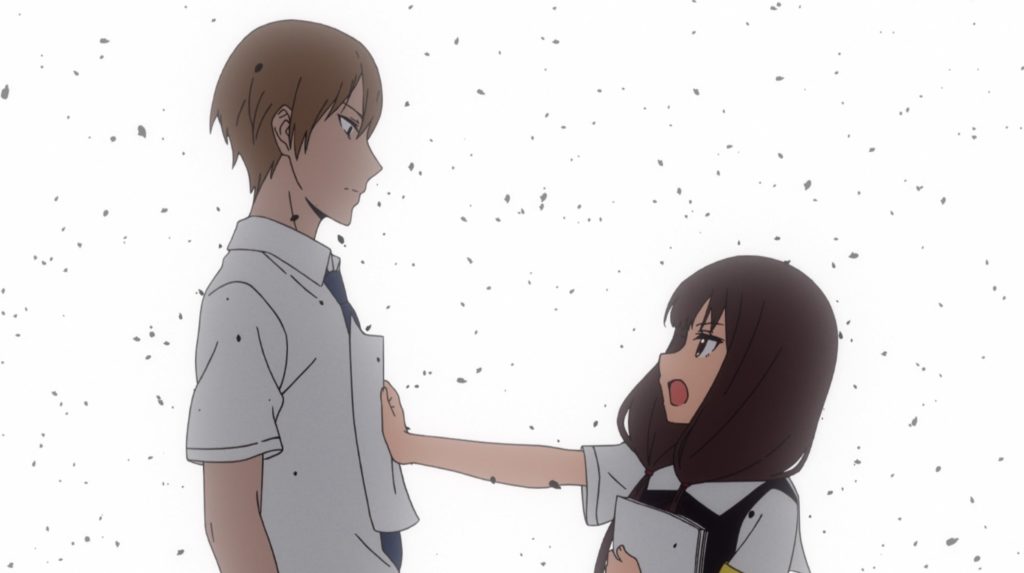 The final skit, arguably the weakest of the lot, at least delivers on the promise of firing the starting pistol for the student election by introducing Shirogane’s rival, Miko Iino. The spunky nature of their pint-sized first-year rival is initially underestimated before making an impression when they confront each other. While lacking in comedy, it does set things in emotion, and first impressions of Miko are positive, which has to count for something. 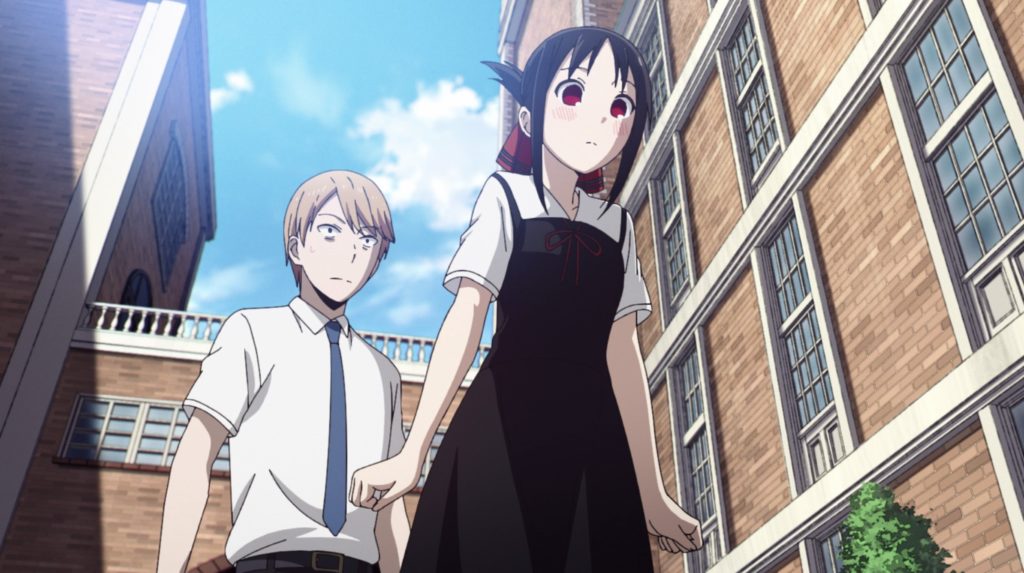 Kaguya-Sama episode 4 is the weakest episode of season 2 so far. While this review is perhaps harsher in tone than my true opinions on the episode, my issues with the episode mostly come from my issues with its pacing. I found the episode funny, especially with the first skit despite being the least relevant to the grander chain of events, yet after being promised the start of a major story-arc, the first for the series so far, I have to admit it’s disappointing to see the series drag its feet like this.

It’s a testament to the quality of the series that even with these issues I can say this was a good episode. I particularly want to highlight the great voice acting performances that embolden many of the episode’s most hilarious moments. In saying that, I’m hoping that with the election officially underway and Shirogane’s rival officially introduced, the higher standard of quality the series has consistently delivered can resume next week.