Kaguya-Sama: Love is War Season 2 Episode 6 Impressions – Electing for Change for the Better 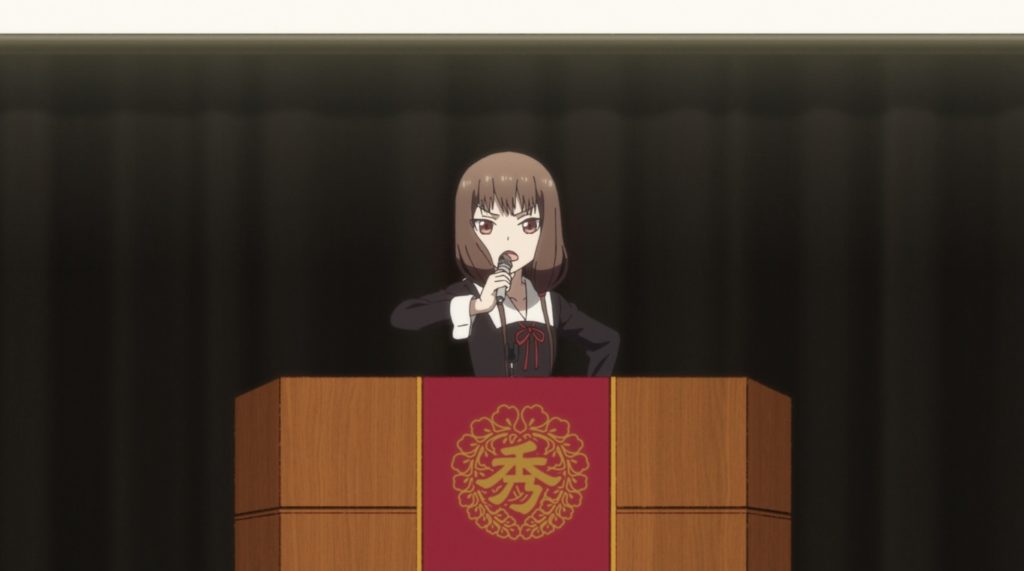 With the series building up to this moment for over a month at this point, it was imperative that the series delivered on the potential of its set-up. Kaguya-Sama: Love is War season 2 has shifted the tone of the series towards an intense leveling-up of our protagonist’s relationship through the student council election arc, culminating with episode 6 and the election debate itself.

Each direction the election arc has taken until this point has been to strengthen the connection between our main duo, whether that’s Kaguya asking Shirogane to run in the first place or a request in the opposite direction for Kaguya to write scripts for his speeches. These moments have seen our main characters struggling more and more to hold back the emotions they feel for one another as they work towards a common goal for the sake of the other. All of this was coming to a head with the election itself in this week’s episode, with the finale of this arc providing a satisfying conclusion to the election while setting up an interesting dynamic for future episodes. 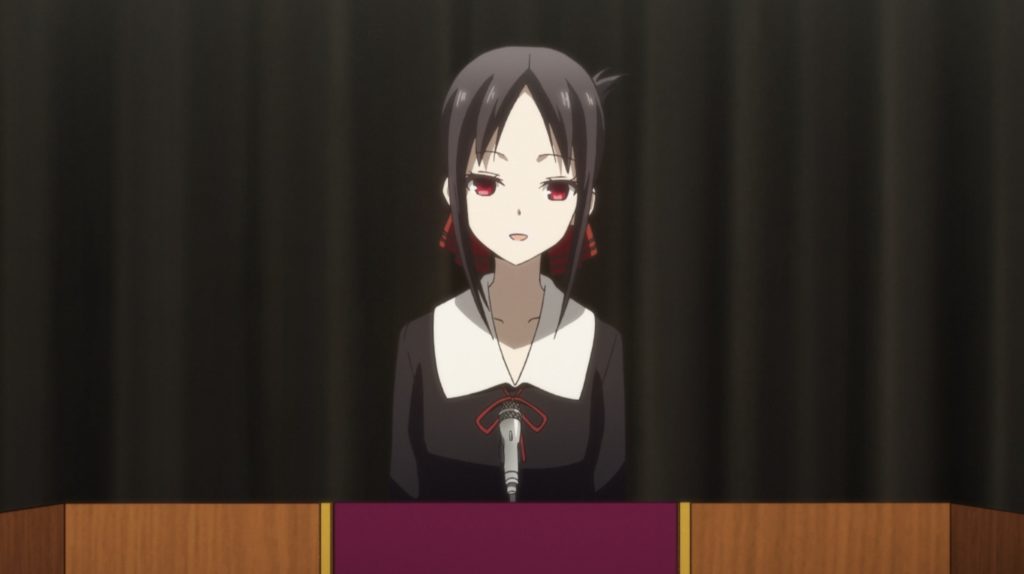 Breaking from the established structure and toning down the comedy, Kaguya-Sama episode 6 confines events to the school gymnasium for the student council presidential election debate. Making clear the eventual inevitable victory for Shirogane from the very start isn’t inconsistent with how the series has portrayed the election as a formality despite the presence of a first-year challenger in Miko Iino, but it shifts the dynamic of the election in a way I appreciate.

Instead of making the central conflict a story on whether Shirogane wins the election, the focus of this election is instead placed upon how the events of the election force our entire main cast, including Miko Iino, to reconsider their positions. 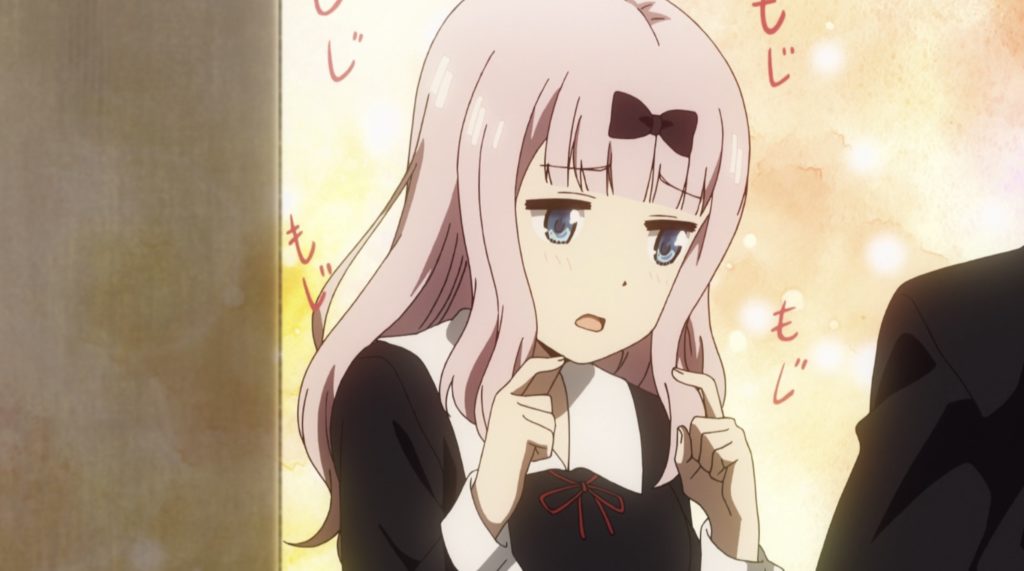 By this point, the personalities of all our characters are well established. The stoic Shirogane, the methodical Kaguya, the oblivious, goofy Chika, the reserved Ishigami. Having witnessed each character go through various things as part of the student council, we as an audience have a clear understanding of who they are as people. As a result, the way these characters reflect on themselves and the situation they’re placed in as they prepare to serve as the governing body for another year serves as a reset of our perceptions before a new chapter can begin.

It becomes clear almost immediately that Shirogane and Kaguya, having been the pairing the whole school has fantasized about since they joined the student council, are immediately the more favorable option. Miko’s friend’s speech is passionate but forgetful, while the slickness of Kaguya’s presentation and the incumbent factor play immediately win over the crowd. By the time Miko needs to come on stage, the principled first-year student is left stumbling over her words. 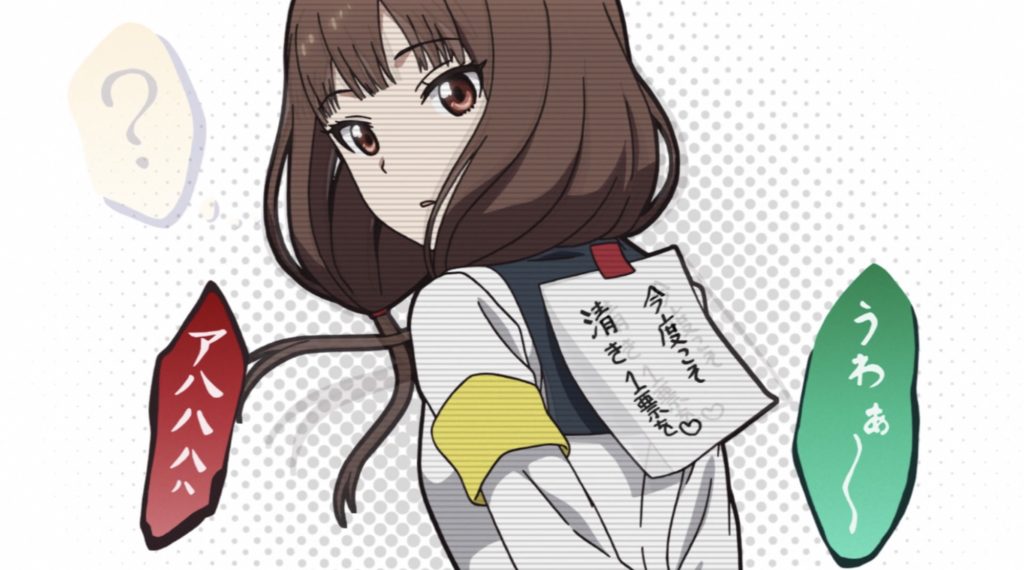 It’s here we begin to understand further why she cares so much about this election. While we knew of the work of her parents before this point, seeing the pride she takes in their work in a flashback despite the fact she was left alone at home due to it helps us to understand why her ideals of justice and order are ingrained so heavily into her personality.

We saw it briefly in the finale to last week’s episode, but Miko’s small appearances in the show so far have emphasized this idealistic streak. Seeing how she was bullied in her youth and how much these ideals mean to her in this context changes the perspective significantly and leave us far more sympathetic when this trauma causes her to stumble on stage.

Even as Shirogane wants to win, he’s gained respect for Miko over this campaign and doesn’t want her to embarrass herself having witnessed her passion first-hand. Going up on stage to debate her to take her focus away from the intimidating crowd in front of her, the shifts towards a 1-on-1 exchange of ideas build up Miko’s character in the eyes of the school. 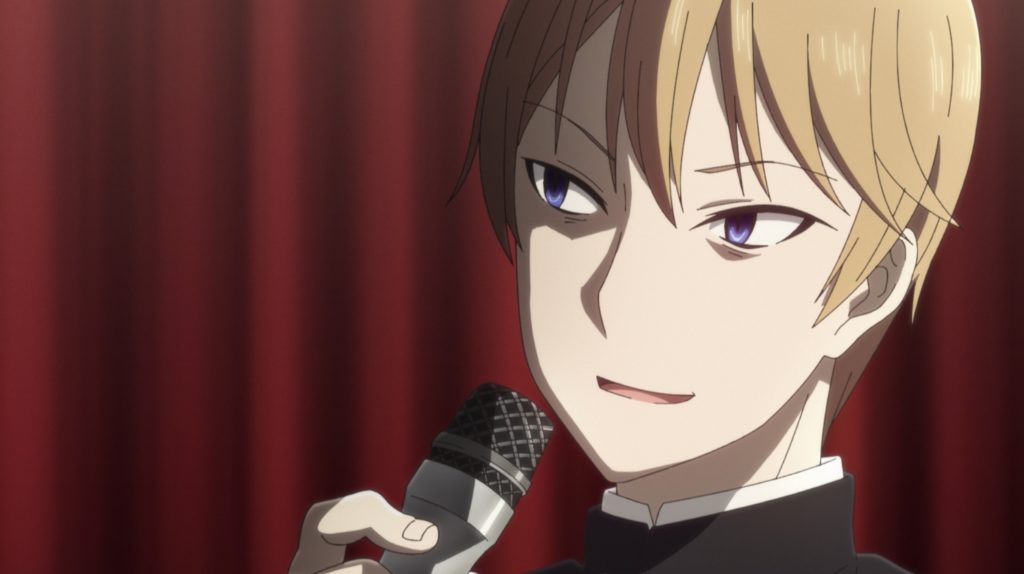 These events force the entire student council to reconsider their experiences. It was Ishigami’s words that masked his desire not to see her fail which served as a departure from his often-isolated nature, and a sign his time with the others has caused him to reach out more. Chika is aware of her flaws in being unaware of her surroundings but shows a caring side through it all, and we see her vulnerabilities as she worries about whether she would be wanted on the student council again due to her nature. Kaguya, meanwhile, worries that Shirogane doesn’t care about her because the kindness he showed her was shown to Miko on the stage, yet the words of comfort Shirogane shares with Kaguya as he requests her support once again are a touching moment to cap off the episode.

While the episode is more focused on drama than comedy throughout this election finale, we still have moments of genuine hilarity, and it’s always been the way the show effortlessly mixed this humor with these more serious moments which I appreciate the most.

Kaguya-Sama: Love is War Season 2 Episode 6: An Election I Can Support 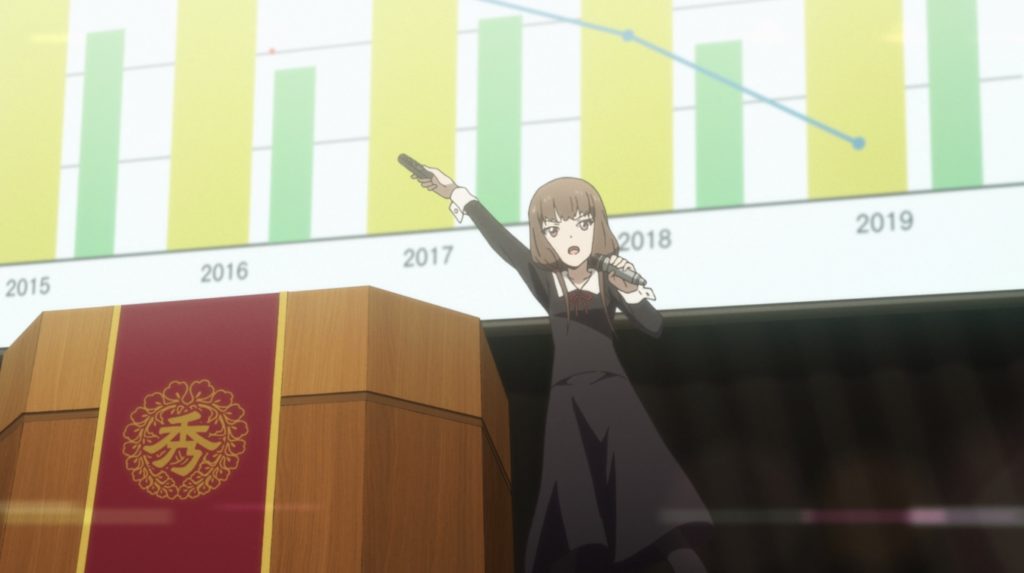 Kaguya-Sama: Love is War episode 6 brings the election arc of season 2 to a close in satisfying style. With a heavy focus on drama, there’s always a fear that the comedy roots of the series can fall by the wayside, but that isn’t the case. With the invitation for Miko to join the council as recognition for her efforts, the episode promises a fresh beginning for the council and the series going forward.

I look forward to seeing how Miko switches things up in the coming weeks, and how the student council develops going forward.