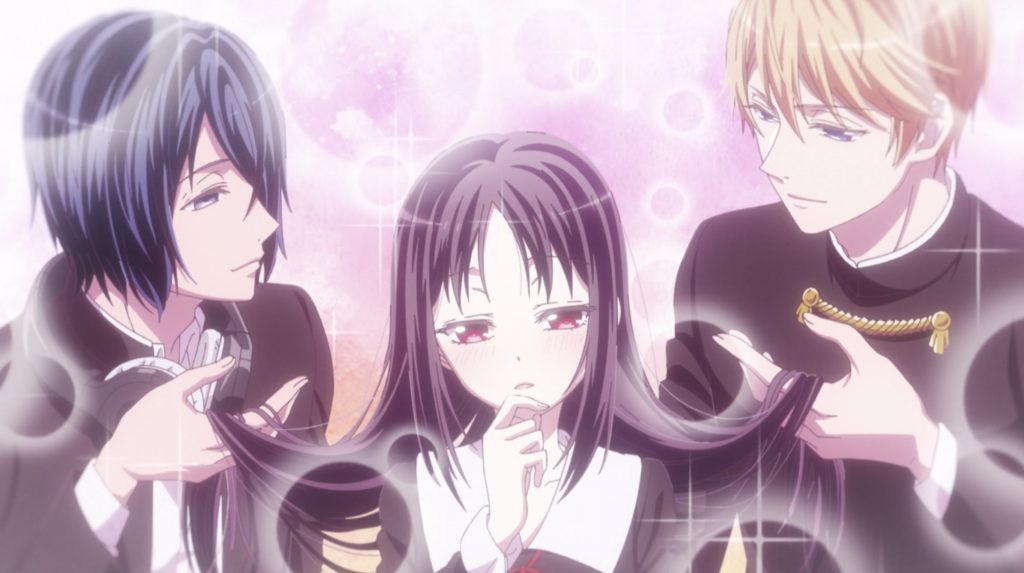 Last week’s episode of Kaguya-Sama season 2 brought the student council elections to an end, and with Miko Iino now a member of the reformed council for a new academic year, episode 7 of the anime is mostly focused on re-introducing our eclectic cast of characters back into their daily routine.

As a result, much of this episode is focused on establishing a new dynamic between our larger main cast of characters, without the forward-driving plot momentum of the series up until this point. While this could be seen as a negative mark against the anime by some, I think the episode is strong enough to stand on its own. After everything that’s happened so far I feel the series has no need to try and force events forward so quickly, and the comedy of this week’s skits stands strong as some of the best the series has produced so far. 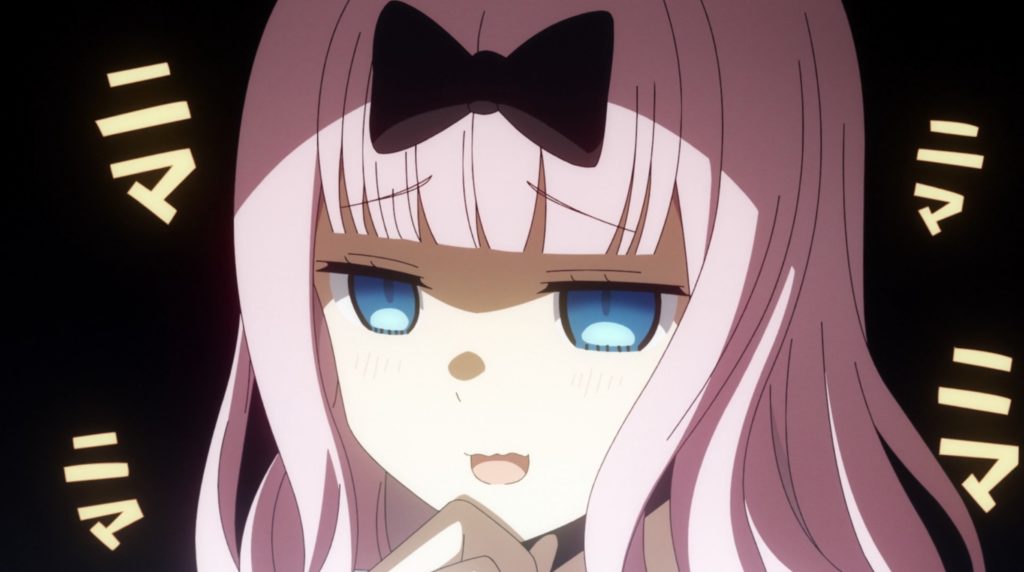 If you look at the newest series until this point, a clear forward momentum with character and story development drives each episode. Episode 1 and the first few episodes served the purpose of establishing the norm that followed the summer festival at the end of last season, culminating in their stargazing during episode 3 as the school year came to an end. From there, we saw the school council elections begin in earnest, before the votes were cast.

As a result of all of these events, a lot has changed. The last episode was reflective of how these characters have grown and changed as a result of their time together, with a reflection of their strengths, weaknesses, empathy, and personalities shining through in the episode’s conclusion. 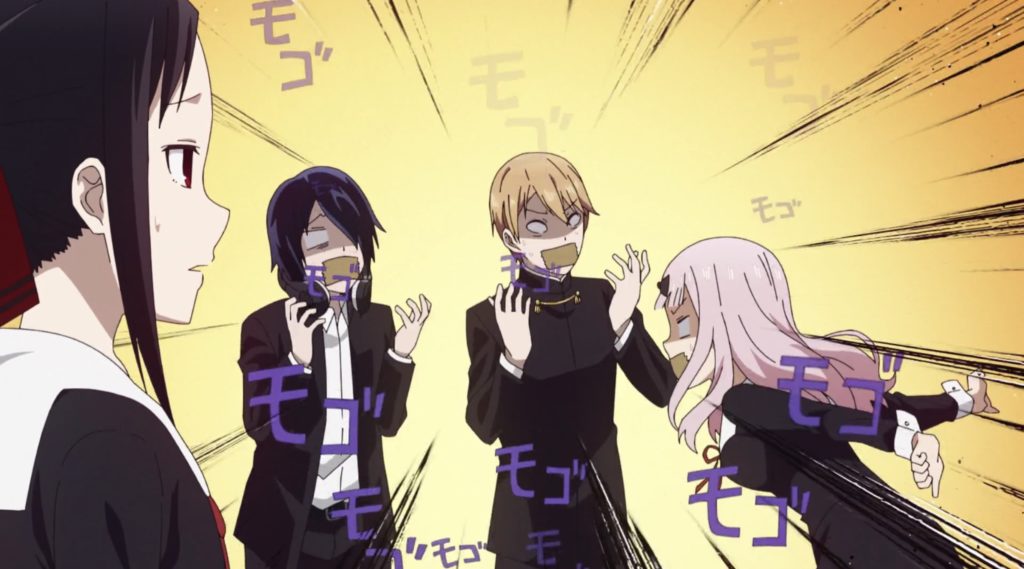 The more I’ve sat thinking about how the series chose to close out the elections with an acknowledgment of their mutual respect the more I’ve come to respect the series’ sincere attempts to respect the characters as individuals just as much as they want to entertain the audience. Without making us laugh at the expense of their attempts at friendship and romance, as seen with similar anime and manga, it allows the more sincere moments to succeed and allows for the show to maintain its delicate balancing act between comedy and heartfelt romance.

Comedy in the anime is enhanced by the reinforcement that these characters aren’t simply reacting to the people around them but having fun with their friends as they live through their high school years. 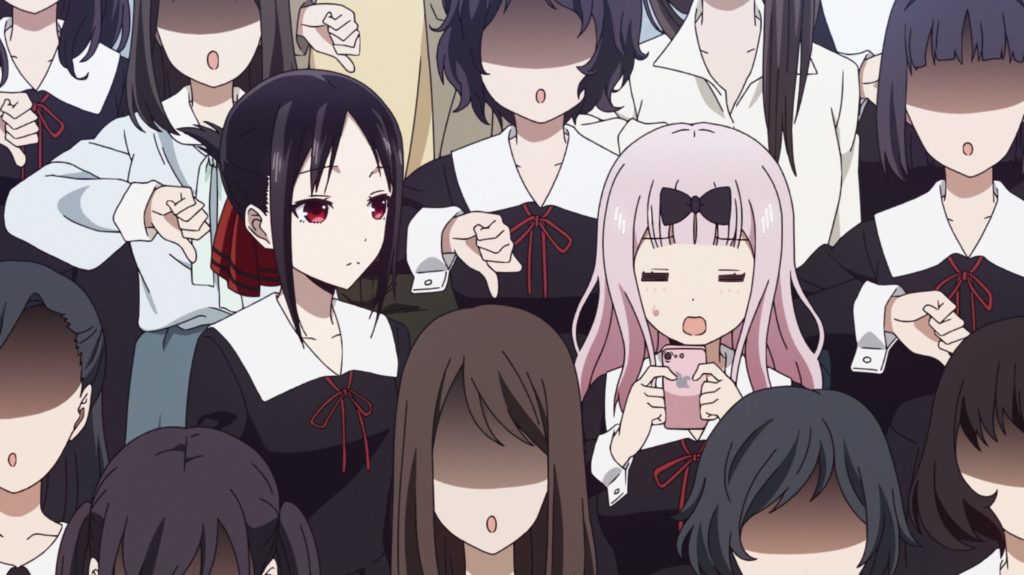 Take the first two skits for example. The anime opens with Kaguya and Chika walking in on Ishigami with his trousers down, exposing his white boxer briefs to the two girls. This embarrassment becomes the basis for a rapid escalation of the situation as Chika jokes about the decision to wear briefs over boxers, leading to an impassioned riposte about the superiority of briefs at their purpose of comfort for… certain areas.

It would be easy to run the joke at the expense of Ishigami while still getting a few laughs from the audience, making fun of their decision while demeaning their already-shy personality in the process. Instead, having known each other for a while, this debate allows them each to move past what is clearly an embarrassing situation for them both and rise above it in their own trademark style. 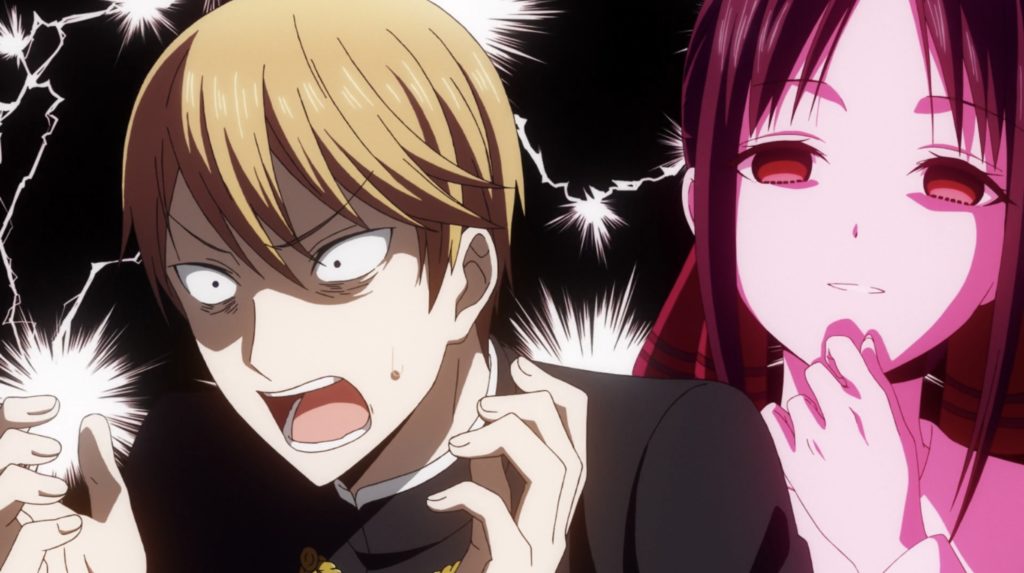 This is only further driven by Kaguya’s attempts to understand some of the more sexual comments due to her sheltered innocence. This leads to Kaguya talking to Shirogane about underwear, causing a misunderstanding of monumental proportions which is only made worse by Miko‘s misunderstanding of the events leading up to their unfortunate interruption.

These moments work because they build on an 18-episode relationship these characters have built with one another and the new dynamics that have formed over that time. It’s a structure that can only exist with consideration for these ideas throughout even the series’ most inconsequential moments. It’s also the main reason I don’t care too much that this episode lacks the major events: it doesn’t need them. 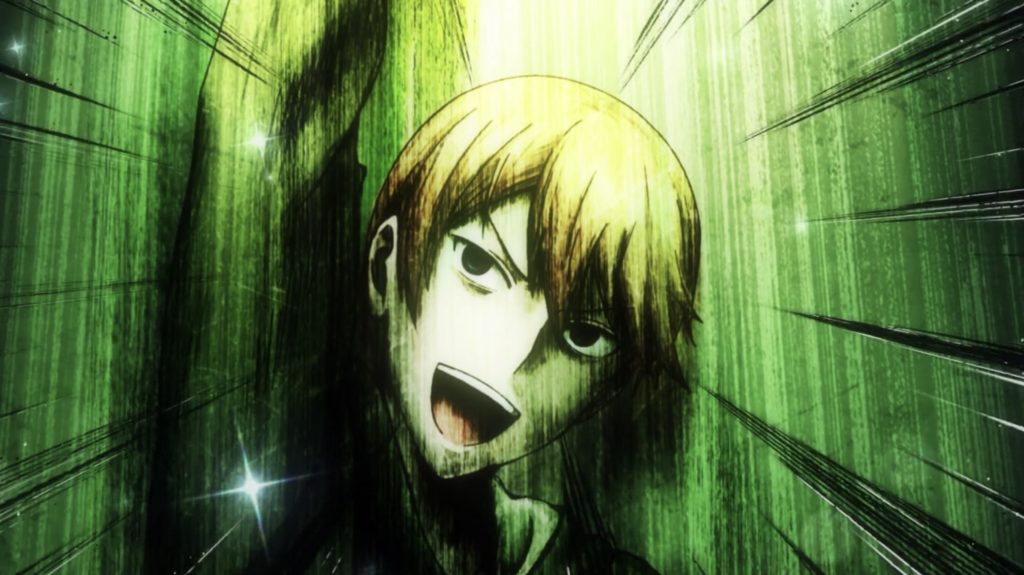 This is all while ignoring how episode 7 of the anime showcases the infectious joy the staff is having with the production of Kaguya-Sama season 2. This is shown through how the series plays with the formula. Kaguya massaging Shirogane’s hand and the pain this causes despite the intent of the actions is one example, but you see this most clearly in the anime’s spin on shoujo manga.

One skit sees the characters each begin to obsess over a romantic shoujo manga, to the point it makes them each crave a loving relationship of their own. Shirogane’s fear it’ll make him confess turns into a well-animated air boxing scene, and once the entire council has succumbed to its charms the credits roll early so the series can shift into a shoujo-inspired reimagining of the series’ concept and animation in the styles of the genre.

Kaguya-Sama: Love is War Season 2 Episode 7: Fun is the Name of the Game 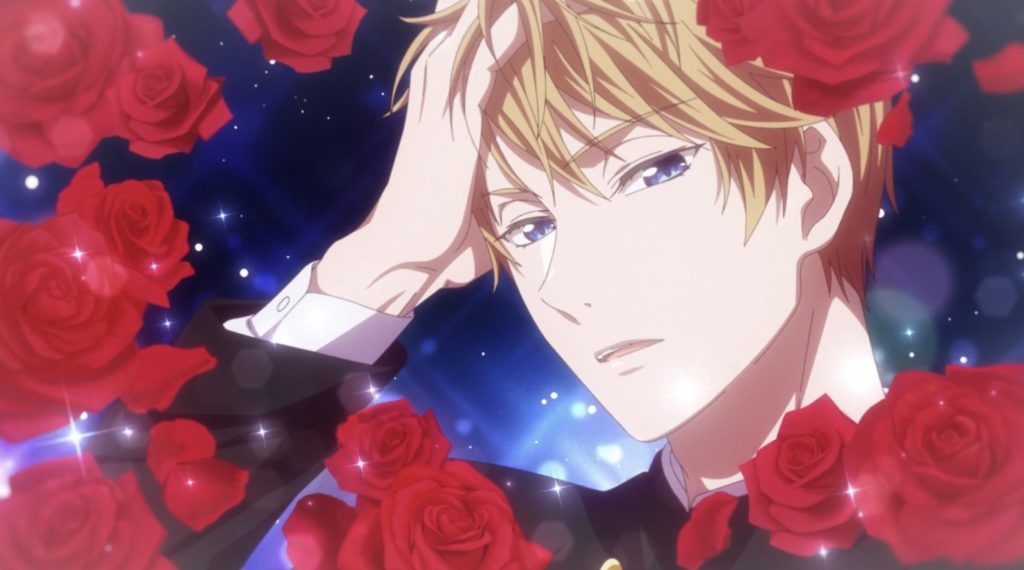 Kaguya-Sama season 2 has been on a constant forward momentum throughout the series to date, so it’s nice to see the series slow down in episode 7. This episode does a great job at establishing a new normal within the student council as we return to the setting after a hectic few weeks, while also allowing the staff to have fun with the production in the process.

My only real complaint is the under-utilization of Miko. Her only real inclusion in the episode is to walk in awkwardly on the other characters at the worst possible time, and while this is funny and I’d like it to continue, I want to see more of her going forward. Otherwise, I’d struggle to complain about another thoroughly entertaining episode of this series.