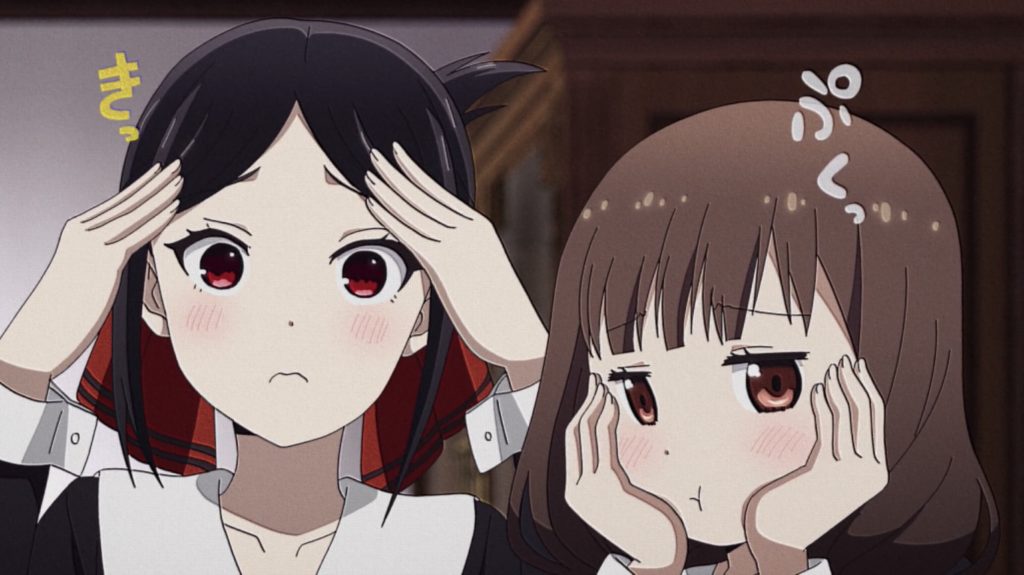 With the risk of sounding like a broken record having made this point clear with almost every single episode of the season 2 so far, but episode 8 of Kaguya-Sama: Love is War once again reminds me why I love this show so much. Whether the show is making large-scale advancements in its narrative and relationship dynamics as seen with the student council elections or just featuring the student council having fun together, each episode emphasizes the connection and love these characters share for one another in the most hilarious of fashions.

This episode only serves to solidify this. While it’s difficult to argue that any moment of this episode offers any new dynamics for the series or attempts anything with its humor we haven’t seen before, it’s difficult to argue that the team behind this series should be aiming for such a results when the results are this impressive. This episode left me in tears from laughter and uncontrollably excited at the romantic teases and flirtatious energy between Kaguya and Shirogane, and I thoroughly enjoyed every second of it. 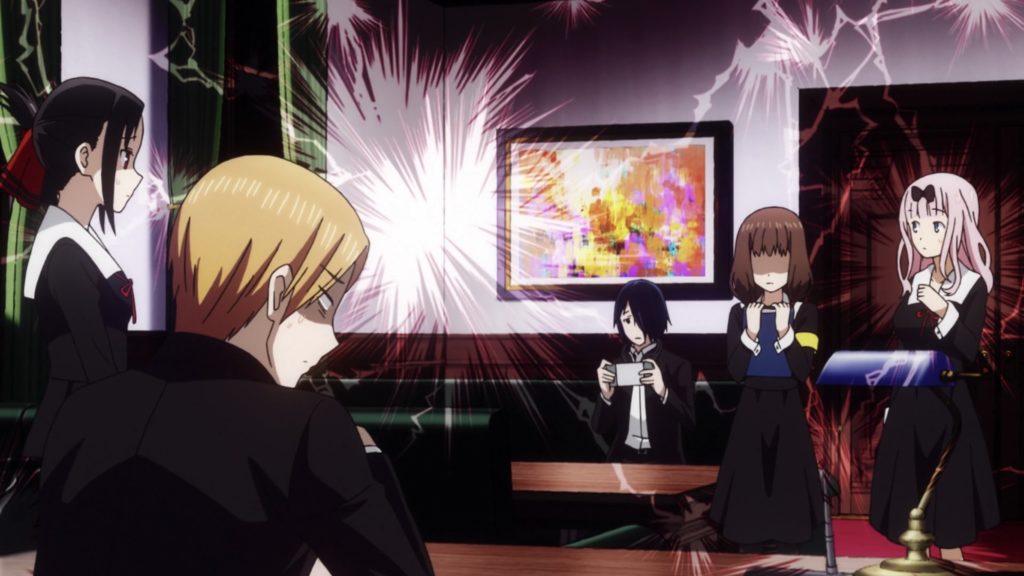 As I noted last week, the purpose of that episode was to establish a new normal for our characters as a new member joins in the form of Miko Iino, and the first impression these characters give is mixed. Mostly through misunderstandings and poor timing on Miko’s behalf, the impression given is a brazen and irresponsible student council headed by two senior students that can never keep their hands off each other, even though this is far from the truth.

This all comes to a head this week. Miko becomes the star of the first skit of the episode as her stubborn rule-abiding personality confronts the student council for their laissez-faire approach to the rules and the egregious approach they often take to following the rules when the rest of the school can’t see them. While possibly the weakest of the three sketches seen in this week’s episode, I appreciate how this serves not just to integrate Miko further into the main cast but develop her as a character. 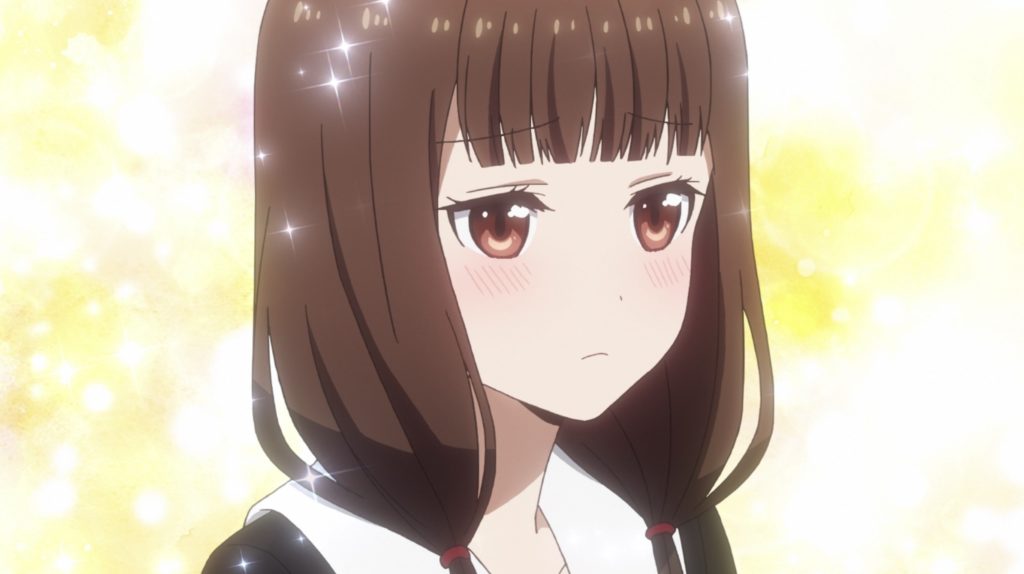 While Miko hasn’t been in the series long enough for us to have as complete an understanding of her nuances as we do the rest of the main cast, what has become immediately apparent about her is two things: her strict adherence to discipline and rules… and her loneliness. As the election comes to a close we learn that she’s only ever had one close friend and few people she can open up to. Her adherence to the rules comes from a respect for her parent’s jobs in place of their presence as human beings, resulting in her never being able to relax and enjoy her youth with friends in the ways that many of her classmates had.

With the election, she earned the respect of many of her peers as well as the student council, to the point that they welcomed them into the fold to help the school. This was a new experience for her. She’d never been wanted before, and wasn’t used to people making her feel involved and needed, so her rule-enforcing personality only comes across stronger as a protective reflex response. Fujiwara, meanwhile, may be oblivious in many respects but is also the most caring out of all of the student council members, and while she likes to act the fool is perhaps the most aware of everyone of how others are feeling. 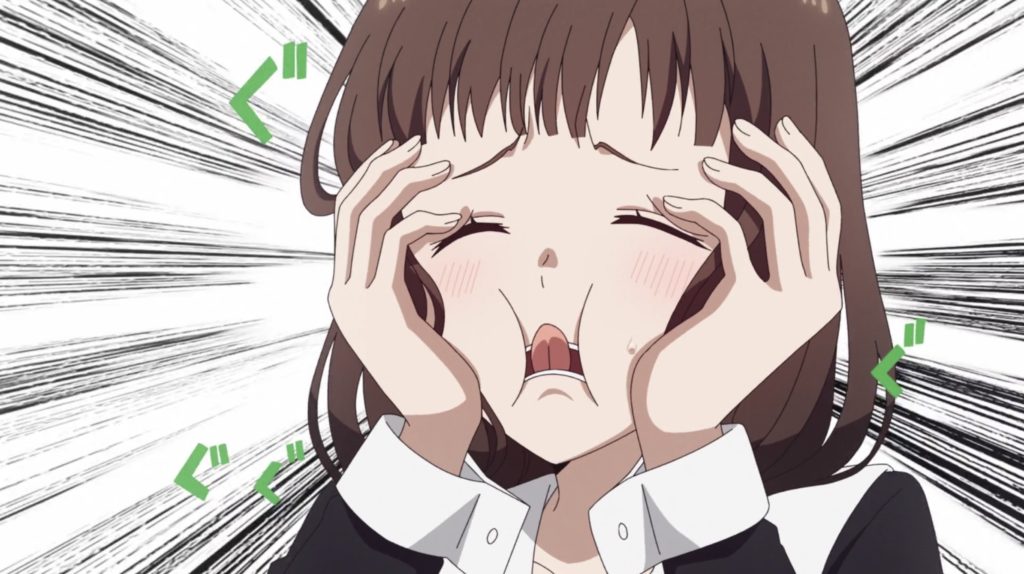 The skit is funny as the characters all pull their silliest faces and take pictures in order to distract Miko from being so strict, but what I appreciate the most is how this small moment not only delivers in terms of entertainment but breaks down the self-built wall Miko places in-between her and the student council, and in turn the audience as a whole. By the end, we see more sides to her, and we see her begin to recognize how rules are there for a reason, but also that rules can be ignored provided it causes no harm. By the end, we see her open up, and we can understand her more as a result.

This moment of episode 8 is what Kaguya-Sama season 2 does best. Even in the weaker moments of the series, there’s a multi-directional approach to every scene that lifts it beyond the contemporaries within the genre and helps it to stand out. 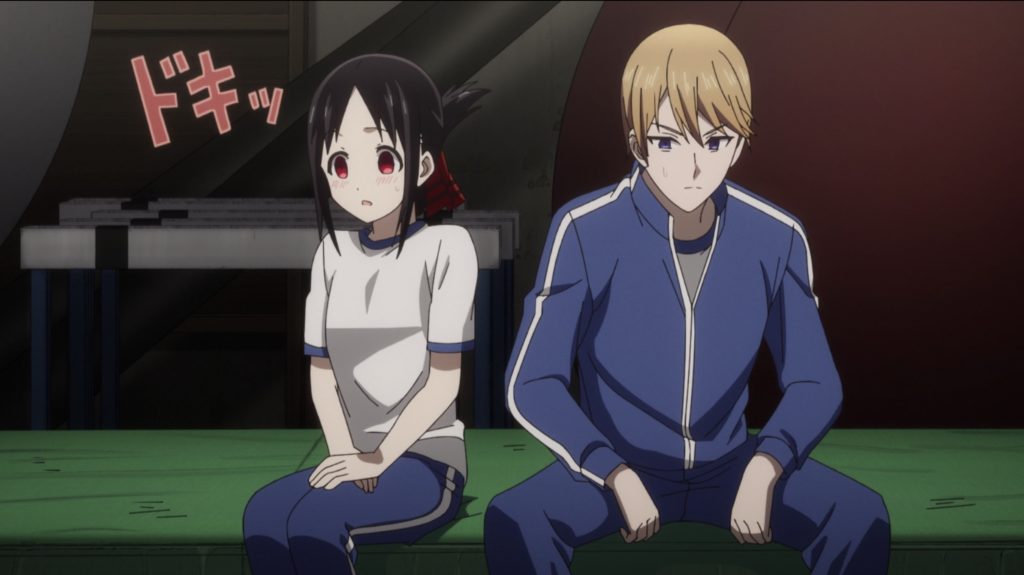 Solely discussing this moment barely scratches the surface at what this episode has to offer. The second skit, which sees Kaguya and Shirogane locked in an old storage house on school grounds, subverts expectations of this cliche scenario by having each character believe the other set up the scenario on purpose to flirt and confess their love for the other, before both end up quite literally tripping over their own hypothetical scenarios into a very literal potential mutual confession of love in the most intense of circumstances. This leads quite wonderfully into a final skit that can’t quite reach these heights yet creates a quite hilarious scene where Kaguya’s heart attack is revealed to simply be an intense case of first love’s embrace, resulting in the painful, delightful suffering of Hayasaka as she watches the scenario unfold inside the hospital. 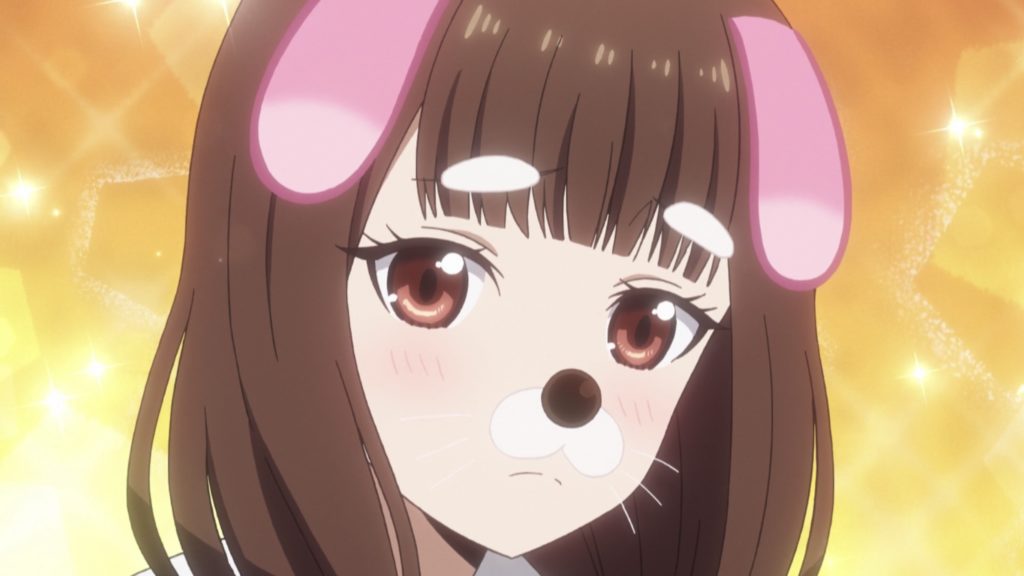 While it may be the weakest of the storylines found within Kaguya-Sama season 2 episode 8, the evolution of Miko’s character through the embrace of her fellow council members and the joys of Instagram filters perhaps best epitomizes what makes this show so great. Humor is built not from the bringing down of others but from the joys of being together, and I can’t think of anything better for a comedy show to possess, especially at a time like this.