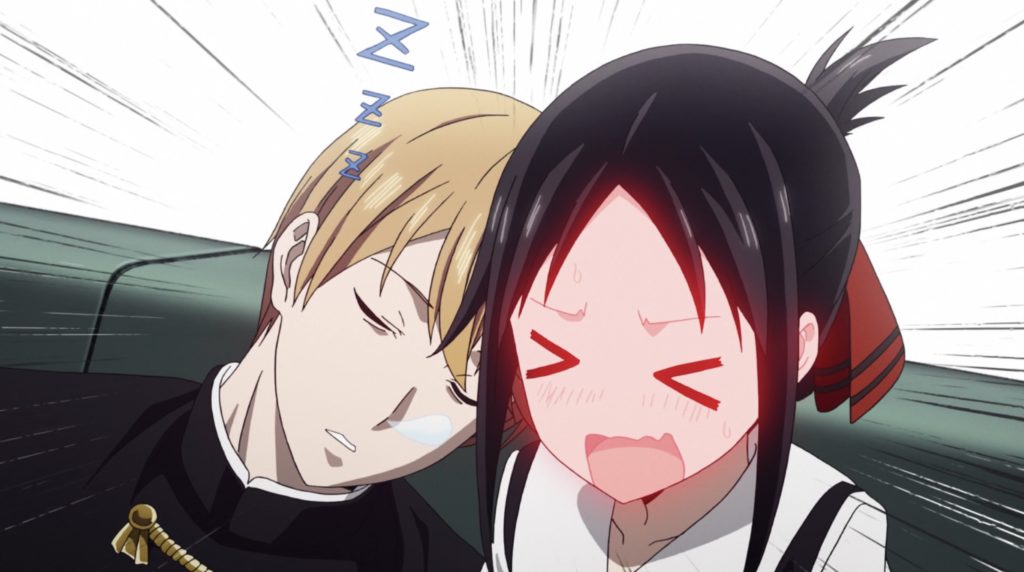 After much anticipation, episode 1 of Kaguya-Sama: Love is War season 2 has finally released, gracing patient fans with another series of a beloved series which has become the gold standard for comedy anime in recent years. There’s a reason the original series was so successful upon its initial release in January 2019, and it wasn’t solely for the meme-creating Chika dance: the anime is a masterclass of the romantic comedy genre.

The premise of the series is deceptively simple: two well-off students on the prestigious Shuchiin School’s Student Council are both in love with each other, yet hold too much pride and honor in their family names and reputation to confess to the other person. The series follows our protagonists as they each enter elaborate mind-games to coax a confession of love from their lips, developing an engaging and at-times tense storyline driven by the comedy of this highly-exaggerated battle of wits. Love is war, and between dramatic voiceover and battles of wits animated like a shounen battle anime in places, the stage is set for a hilarious, highly enjoyable comedy anime that stands with the genre’s best.

Anticipation for another series has been high ever since the first season aired, and while Japanese fans have had a highly enjoyable live-action adaptation which weaponized the pitfalls of adapting manga and anime into 3D to enhance the comedy of the series, Western fans have unfortunately been starved of content for the last 15 months. Luckily, the release of episode 1 of the second series of Kaguya-Sama means the wait for more content is finally over.

Back Into the Action 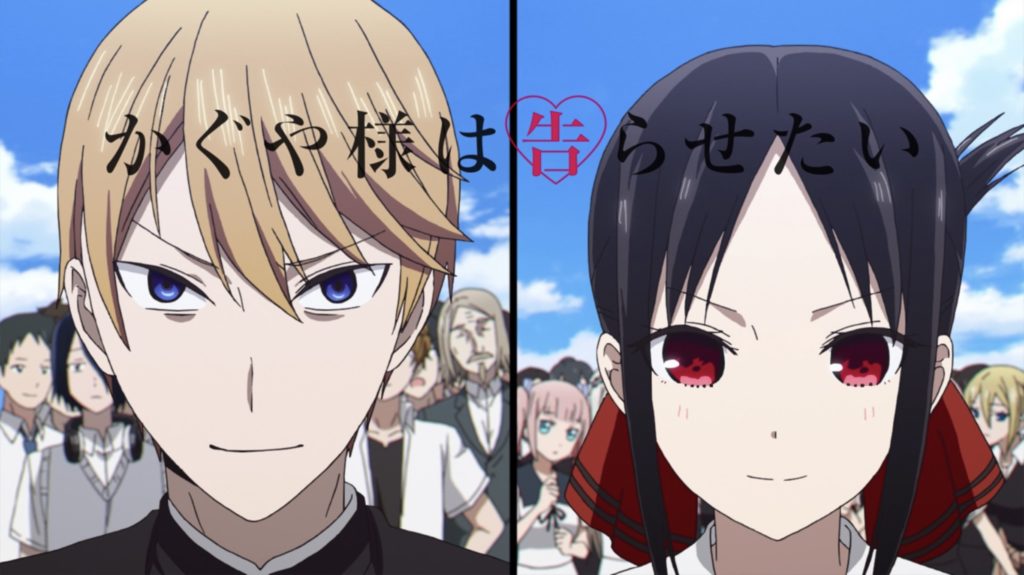 Watching episode 1 of Kaguya-Sama feels intensely familiar, an attribute that works both in the series’ favor and detriment as we enter season 2 of the popular anime.

Over the past weekend before diving into this new episode I used the downtime I had to rewatch the entire first season of the show over roughly 24 hours. Even on repeat viewing, the series is charming and enjoyable from start to finish, always able to bring a smile to my face and make me laugh out loud at least once each episode. In the end, I’m really glad I chose to go back and re-acclimatize myself with the show since the anime clearly forgot that it’s been over a year since we last came into contact with these characters. 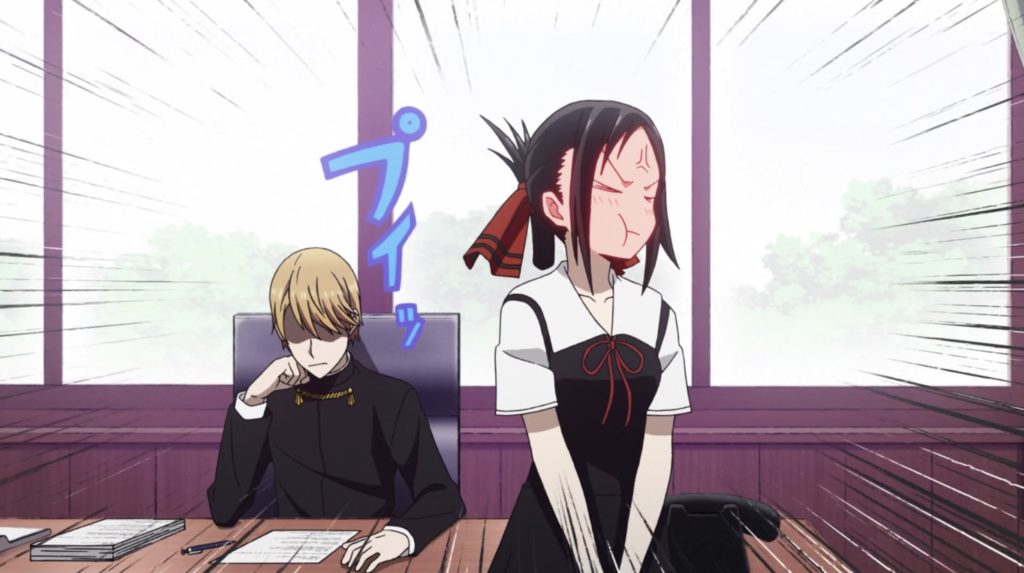 This episode is a return to the familiar, for better and for worse. Had I never watched this series before revisiting the show this weekend and was told by a friend that this was an additional unaired episode from the first season, I’d probably have believed them. Kaguya-sama throws fans into the deep end here, eschewing the standard re-introduction for an immediate dive into the action.

It felt like a random episode plucked from halfway through the series, in many respects, with viewers expected to know about their character traits and the other members of the student council. The show even expects you to be intimately familiar with minor characters from the first series who barely made an appearance.

For most, this won’t be an issue. I had no problems following the episode thanks to diving into it less than an hour after rewatching the season 1 finale. Many likely haven’t watched Kaguya-sama since its initial airing, however, and considering the anime comfortably holds the title as the most anticipated anime of the new season, especially after delays to other major shows like Re:Zero and Sword Art Online, some will be skipping the first season and starting here with episode 1 of season 2. 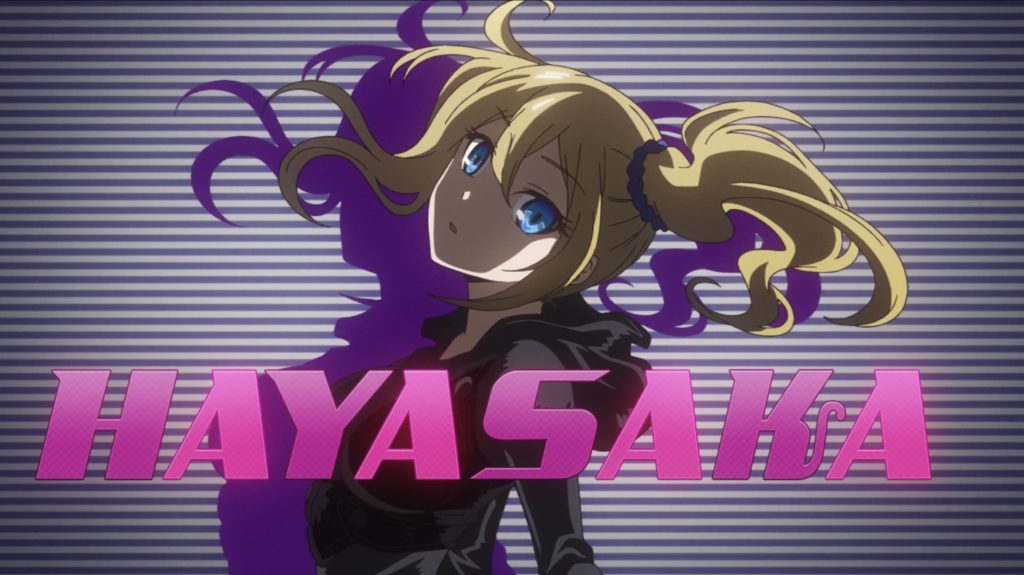 This episode isn’t made for those people. The first skit of the series focuses on one of Kaguya’s handmaids, Ai Hayasaka, and her duty to Kaguya being used to help move along the romantic tension between the budding lovebirds. The skit sees Hayasaka sneaking into the school council club room to replace the coffee with a decaffeinated version to cause Shirogane to fall asleep, all so Kaguya can have a moment where she dotes on him and maybe even has him sleep on her lap.

The focus on Hayasaka after mostly being an accessory to Kaguya previously is a welcome one, and it’s genuinely hilarious to see everything she goes through to make the mission a success, only for Kaguya to become too flustered to do much of anything around her crush. I thoroughly enjoyed it. 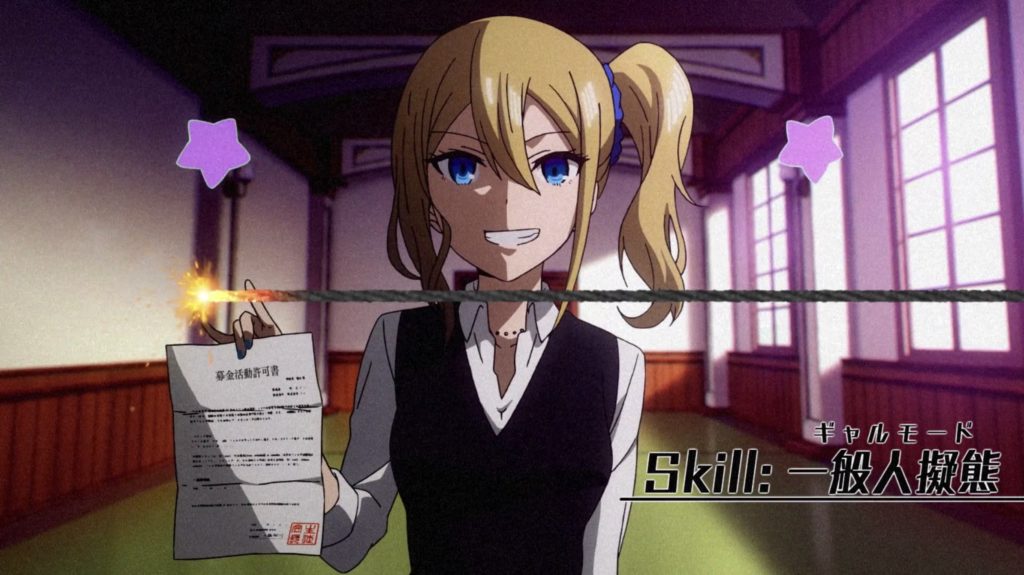 What if you’re one of these people watching Kaguya-Sama for the first time with this episode? The introduction given to Hayasaka is brief and acts less a refresher or biography for these people and more of a mood-setter for the minutes to come, so you likely won’t react as positively.

This issue manifests more acutely when the recurring minor characters of Tsubasa and Kashiwagi appear to discuss their relationship. Both went to the student council for advice despite their inability to confess their feelings, and their poor advice somehow brings this unlikely couple together. In this skit, they want to tease the council and showcase their gratitude. 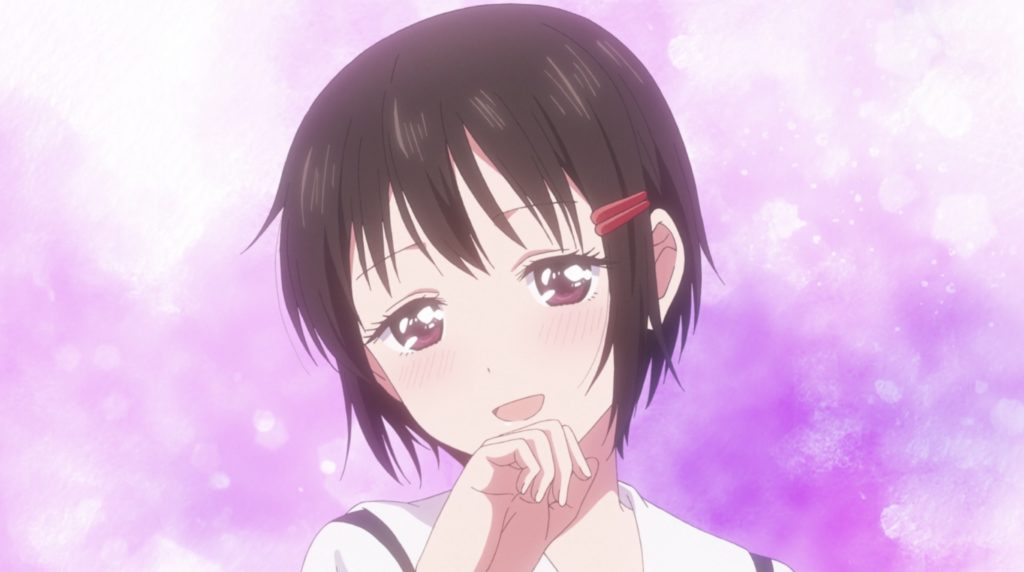 Bringing them back into the fold without any sort of introduction feels like a grave error. They’re minor characters, and even in my experience, I was able to forget their names. Having one of the characters change their appearance over summer vacation compounds this as it makes them appear like a new character. The comedy is held back by confusion as to who these people are.

This review sounds overly negative, I admit, but I want to stress that I loved episode 1 of Kaguya-Sama season 2. Every comedy set-up and joke landed and I was laughing throughout, particularly at the skit I was just taking issue with involving the couple who go to the student council for advice. The issue is that I’m not sure I can truly say this was a great introductory episode when it throws you right back into the action without as much as a cursory greeting. 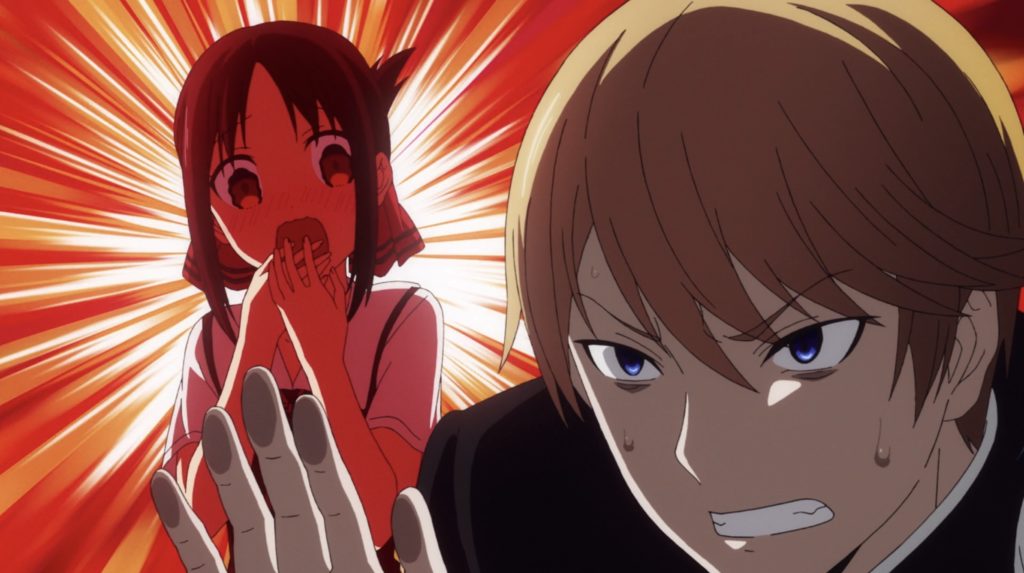 The episode leaves me confident that the series will be a hit. It feels like the series never left, with the tone and pacing of this new episode being just as strong as anything the first episode was able to provide. I’d definitely recommend picking Kaguya-sama up… just make sure you’re familiar with the events of the first series before you start it.