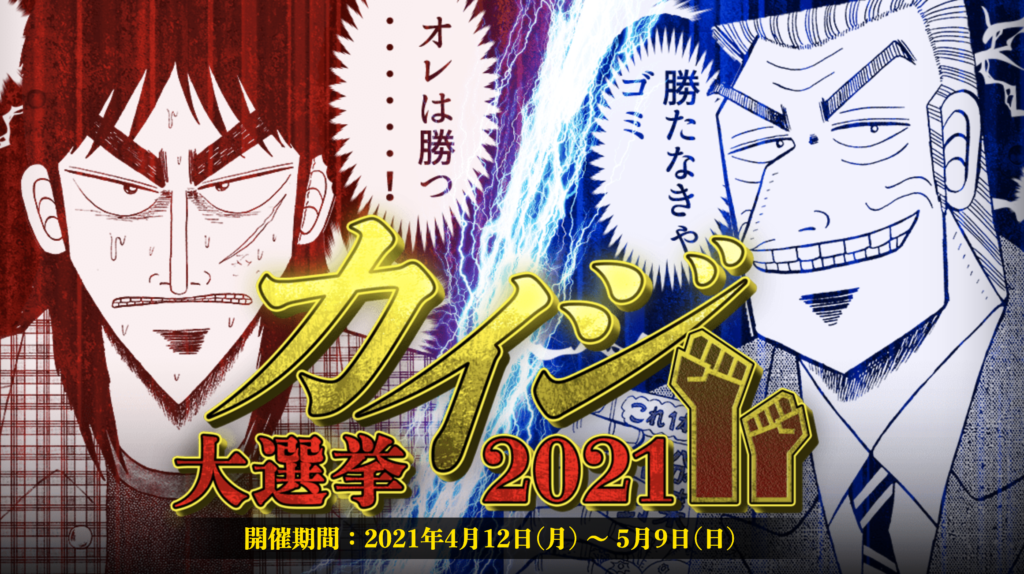 Nobuyuki Fukumoto’s Kaiji is celebrating its 25th anniversary this year, and publisher Kodansha has a slew of celebrations planned to mark the occasion: free manga, a special exhibition, and talk show, as well as a ‘general election’ between two iconic characters from the series.

Second, a special exhibition will be held at Mixalive Tokyo from 24 to 25 April, showcasing iconic moments and lines from the series. A talk show to celebrate Kaiji’s 25th anniversary will then take place on the final day, conducted between original creator Nobuyuki Fukumoto, voice actor Sora Tokui, and comedian Itou Koudai, best known for his impersonation of the series’ titular protagonist. 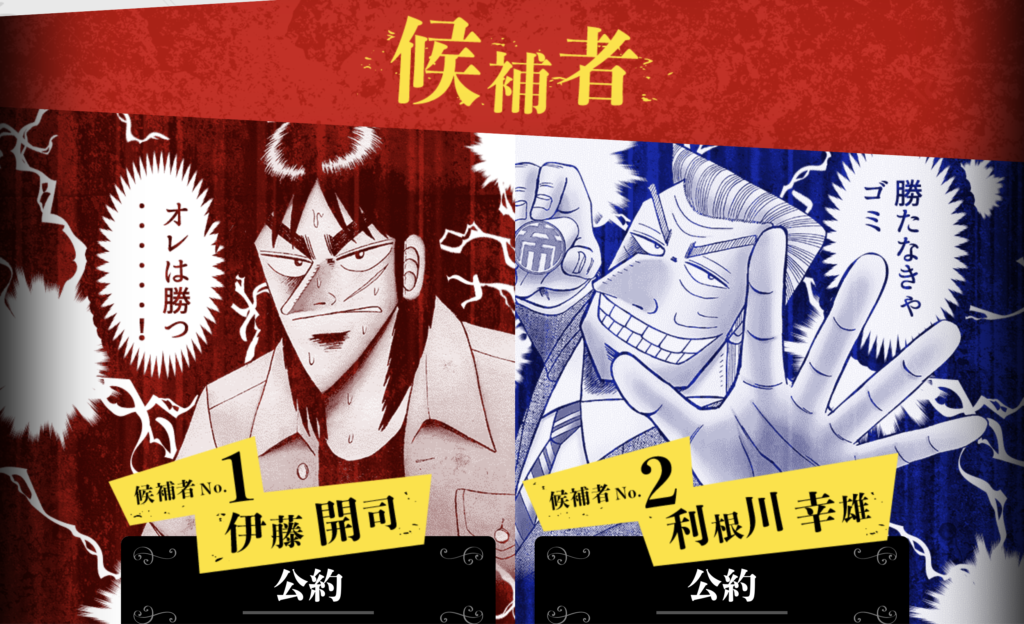 Finally, a ‘general election’ is occurring right now, pitting the two characters of Itou Kaiji and Yukio Tonegawa against each other. This is fitting as not only are they foes in the series, these two characters are arguably the series’ most iconic: Tonegawa was popular enough to get his own spinoff in 2015.

Depending on which character wins this Kaiji 25th anniversary general election, different prizes will be handed out: if Kaiji wins, then such things as a real phone call from Nobuyuki Fukumoto and a pachinko machine based on the series’ iconography are on offer. If Tonegawa wins, however, then up to 100 people could win custom QUO gift cards with 5000 yen on them: this reflects his focus on money above all else very well.

You can vote in the Kaiji 25th anniversary general election by reading manga on the Young Magazine website and earning Perica: a digital currency that’s named after the kind that appears during the Underground arc in the series’ second part. Whoever has the most Perica spent on them will win! For more details, please check out the official website.