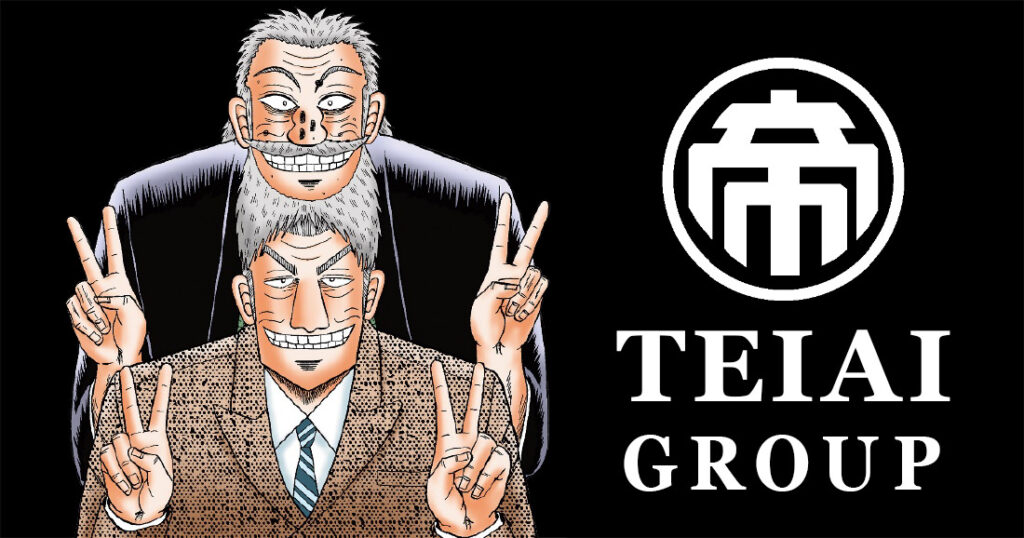 The infamous Teiai Group extends its shadowy reach into every part of Nobuyuki Fukumoto’s Kaiji gambling series, from organizing illicit competitions and gambles to forcibly imprisoning our protagonist at one point in the story. Subsequent spinoffs such as Mr. Tonegawa have gone into the culture of the company a little more, revealing it to be every bit as corrupt and criminal from the inside as it appears to be from the outside – you might be forgiven, then, for recoiling from an offer to become an employee there.

As part of a campaign to promote the final volume of the Mr. Tonegawa manga, the infamous Teiai Group is “recruiting” via Twitter, possibly precisely because its reputation precedes it. All you need to do to apply is tweet using the method specified in the Kaiji/Tonegawa/Hanchou Teiai Group Workplace Guidance, another book which was released alongside the final volume of Tonegawa on August 11. Successful applicants will then be contacted by one of the company’s “black suits” via the Comic Plus Twitter account, who will be checking “in real time.” 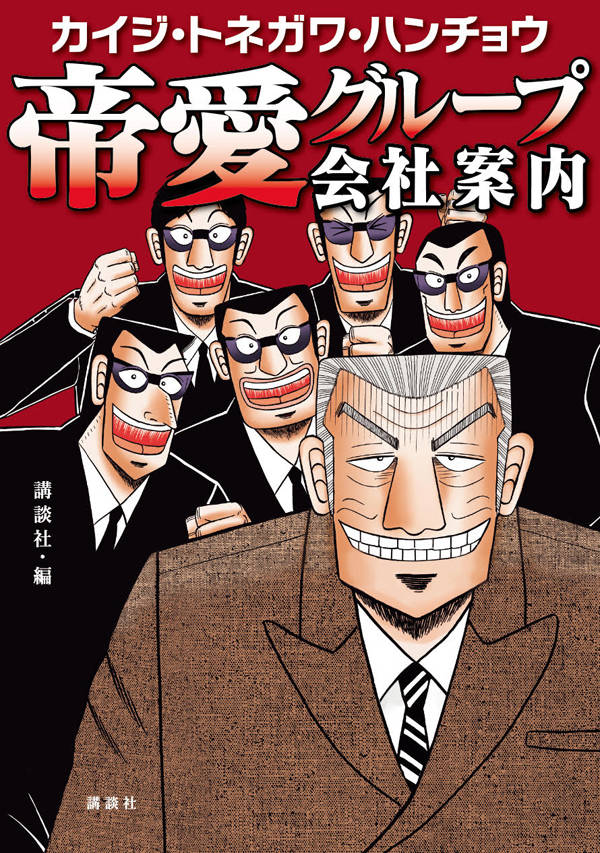 Up to 30 people have the chance to be in with the misfortune of joining the sleazy Teiai Group, although figuring out how to do so is a bit of a pain. There is no specific method specified on the website, directing users instead to purchase the “Workplace Guidance” handbook. Nevertheless, through a bit of Twitter sleuthing, I was able to find out most of the tweets were formatted in the same way: you can see my attempt here (I got rejected).

Entry is open until August 21 and applicants can try their luck once per day. The Teiai Group’s new Twitter recruitment campaign also come with a message from their number two, Yukio Tonegawa:

“There may be some of you applying to work at a large company such as ours thinking you’ll receive a high salary, but don’t get the wrong idea! Damn kids… Money is… Money is… Money is more important than your life! Many adults out there won’t tell you the truth, but I will! Money is more important than life! Don’t misunderstand this, otherwise you’ll end up crawling on the ground like a little baby. Stop behaving like a spoiled child – those willing to use their very lives for money are welcome at the Teiai Group.”

You can read Kaiji via DENPA.