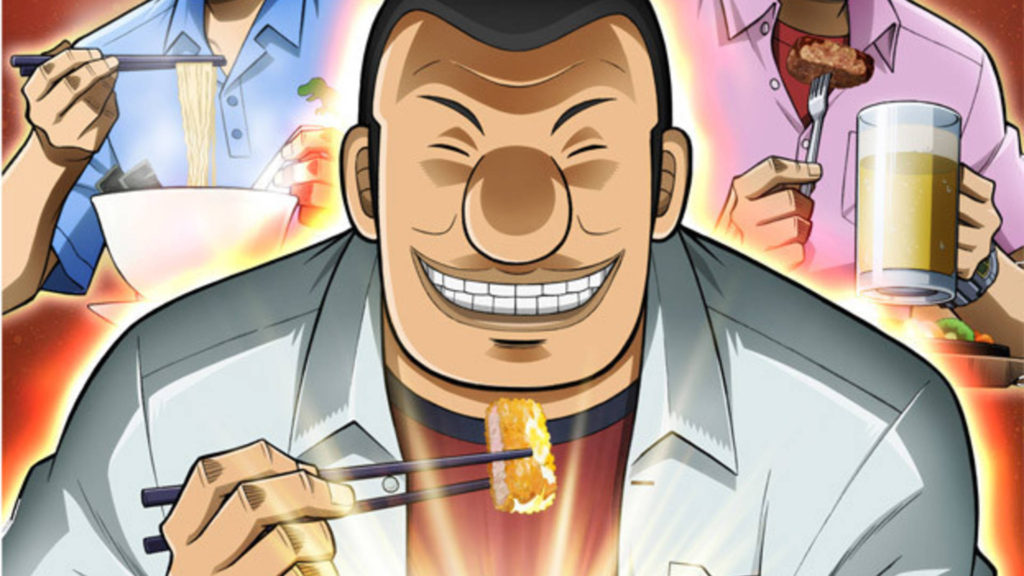 The announcement of a two cour anime adaptation of Kaiji: Ultimate Survivor spinoff Middle Manager: Tonegawa was certainly something no one expected, especially considering it has been years since Madhouse last touched any of creator Nobuyuki Fukumoto’s works. But while I’ve been enjoying it’s more light-hearted take on the heart-wrenching tension of its parent series, yet another surprise came this week as it was announced that another Kaiji spinoff, 1-Nichi Gaishutsuroku Hancho (Chronicle of a Single Day Release: Hancho), will not only be getting an anime adaptation — but it’ll also be “jacking” and taking over the currently broadcasting Tonegawa.

Much like Tonegawa, Hancho focuses on a minor character from the wider Kaiji series to tell a more light-hearted story. Anyone who has seen season two or read the third ‘part’ of Kaiji will recognize the main character of Hancho, and for all the wrong reasons – he is the crooked foreman Otsuki that Kaiji battles against for his freedom in the rigged chinchirorin game, and because of whom suffers so much in the forced labor camp. Rather than following his crooked ways, however, Otsuki’s spinoff focuses more on his exploits when he decides to use his one-day vacation above ground and away from the labor camp.

The announcement of a Tonegawa anime that would air over two cours worried me in the first place, considering that not many volumes of the manga are currently released. And although the anime has managed to be relatively entertaining so far, it does suffer from slow pacing in places. Therefore, it wouldn’t surprise me if the decision to adapt Hancho came as production felt itself struggling against the lack of material. That being said, it’s not as if Hancho has a lot of material either – as of the time of writing, only four volumes have been released, which makes me fear that the same problems will only be confounded.

That very much depends, however, on how Madhouse plans to adapt the manga, and more concretely, what the “jacking” entails at all. It’s possible that the adaptation will take over the programme entirely, whereas it’s also possible that segments of the episodes will be dedicated to Hancho stories, perhaps even attempting to weave the two story threads together. The second method would be more interesting, but if it is indeed a snap decision, then I doubt the production will have time to do so.

Regardless, I’m always happy to see more Fukumoto works adapted for anime, and if the adaptation of Hancho can be as solid as Tonegawa, then I’d be very happy indeed. The only thing that would make me happier is the announcement of an adaptation of part four of Kaiji, the somewhat infamous majohng arc. All of this adapting spinoffs must be preparation for that, right? Right?