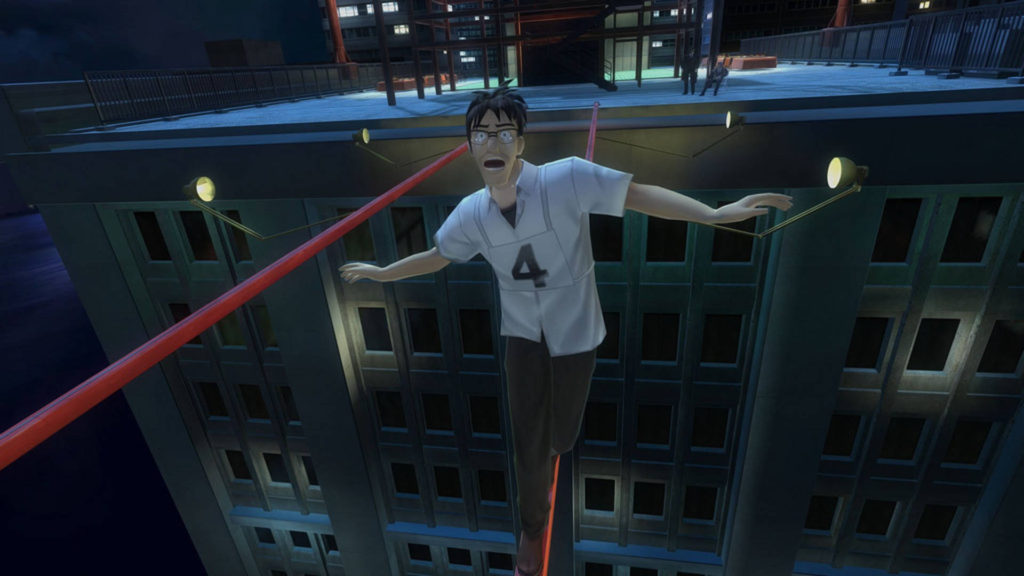 While fearing for my life isn’t usually my idea of fun, when it comes to Nobuyuki Fukumoto’s gambling series Kaiji, I can just about stomach some immobilizing dread. Indeed, nothing allows you to do so more than the Kaiji VR game, which has been a constant staple in Japan’s many “VR attraction” venues in recent years. Now, that attraction is making it’s way to smartphones – giving even more people the chance to experience Kaiji’s dread first hand.

Titled Kaiji VR: The Nightmare Bridge, the game seeks to replicate Kaiji’s experience crossing a bridge suspended between two buildings, as was one of the ‘gambles’ featured in the second part of the series. Simply reading or watching the arc was nerve-wracking enough, and I can promise you that it’s even more terrifying in VR, having had the opportunity to test it out for myself last year.

It’s worth noting that the VR game has already seen two ports for PlayStation VR as well as Nintendo Switch last year, but the game’s port to smartphones means greater accessibility, especially for those who can’t simply go and experience it in the VR attraction venues. And what a perfect time to do so, with Kaiji spinoff Tonegawa currently airing, and the manga having just entered a new arc.

The difference between the various ports over the years are interesting, as although the PSVR version of the game was more or less exactly the same as the original version since the Switch doesn’t support VR, the version available on the console uses a third person camera in some instances as well as gyro controls. I sincerely doubt that the non-VR version on Switch can capture the same dread you’re able to feel when playing the game in VR, so it’s great to see that version available on smartphones is the VR version – for which you’ll, of course, need some sort of VR goggles/phone strap.

The recent activity in properties related to Kaiji is curious, with both spinoff manga Tonegawa and Hancho receiving an anime adaptation, and now with this surprise smartphone port of the VR game. I can only hope that this is to gauge interest for a third season, so if you haven’t checked out the VR game yet, then I’d recommend you do – if only to tell MADHOUSE that we want a third season already. Kaiji VR: The Nightmare Bridge is available now on the App Store and Google Play for 360 yen.