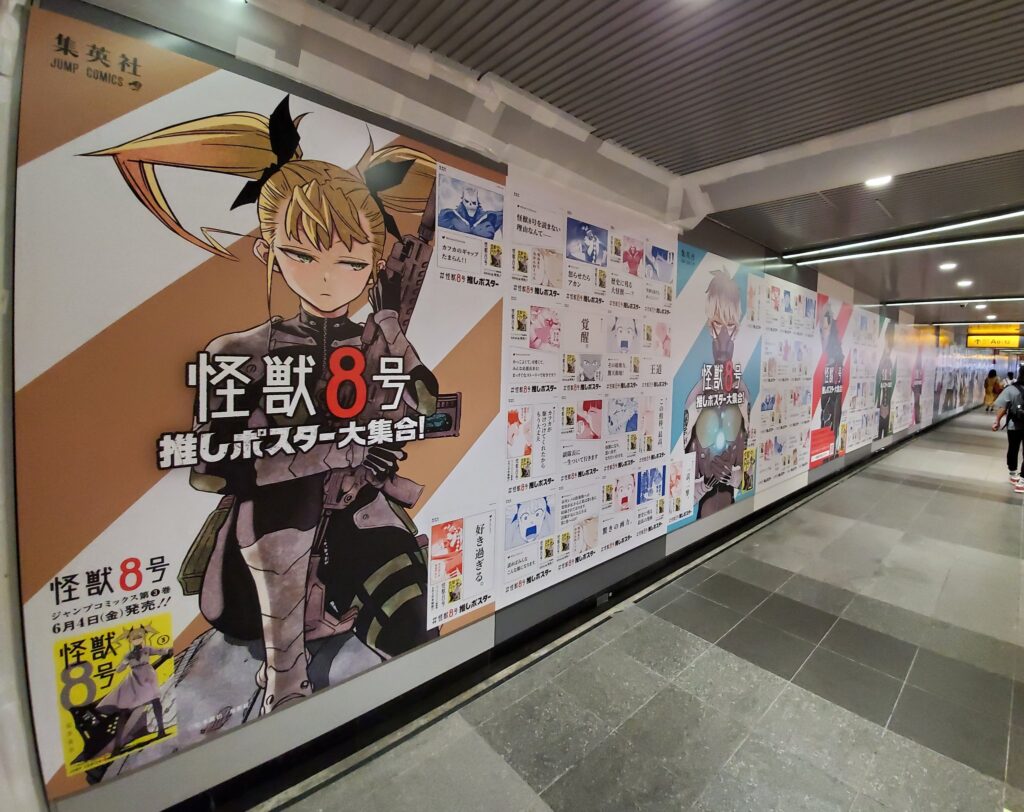 Breaking records has always been a Kaiju No. 8 tradition since the very beginning, but the series’ latest sales milestone only makes it even clearer.

Ahead of the release of volume 3 on 4 June, SHUEISHA has confirmed that the series now has over 2.5 million copies in circulation. As we’ve explained before, this is basically the same thing as sales, but the most important thing to note is that Kaiju No. 8 is the fastest series to reach this milestone in Jump Plus’s history, beating the previous record set by SPY x FAMILY.

To celebrate this momentous achievement, several initiatives have been announced. First of all, several posters are up in the Shibuya underground right now with key characters on them: probably the most interesting thing, however, is how some of them display scenes from the series alongside fan tweets and reactions. This only furthers the image that Kaiju No. 8 is intensely linked to virality.

Speaking of fans, Kaiju No. 8 is also launching a fan art competition to celebrate its latest sales milestone. Much like the previous Chainsaw Man competitions, this will be divided into three categories: ‘battle,’ ‘daily life,’ and ‘home screen.’ The last one refers to art presented in a vertical format suitable for smartphones.

Users are encouraged to post their creations on Twitter with either the hashtags #怪獣8号アート or #KaijuNo8art from 4 June to be in with a chance of winning special prizes. Those outside of Japan are specifically encouraged to enter, too!

Is it that much of a surprise that Kaiju No. 8 is doing so well in terms of sales? To a certain extent, no, given that it combines so many well loved tropes into one package. Yet, the fact that it can be read for free on the Jump Plus website and app isn’t insignificant: readers like it enough to go out there and buy the physical volumes.

Either that, or they’re not up to date.

You can read Kaiju No. 8 via VIZ Media‘s Shonen Jump and Manga Plus.

@nakaji2017 on Twitter
Jump PlusKaiju no. 8
Join Our Discussions on Discord
Join Now