Kaiju No. 8 Chapters 1-5: Previewing Jump Plus’ Next Big Hit 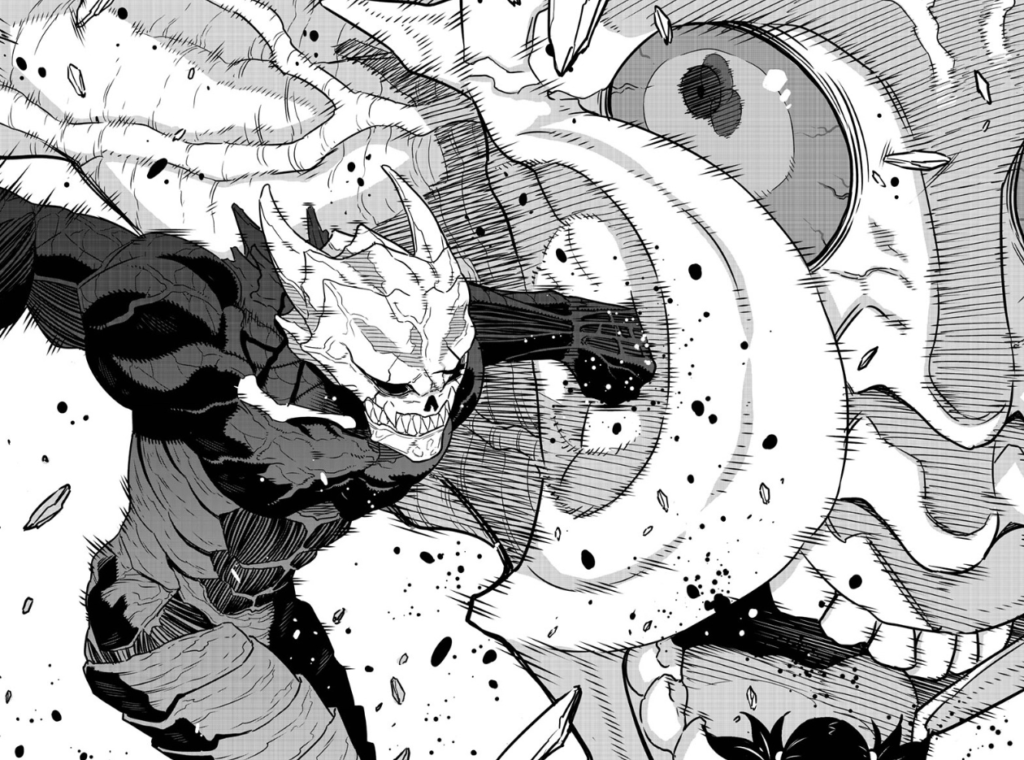 Between top trending on Japanese Twitter and being brought over to Manga Plus not long after, it might not be too preemptive to say that Kaiju No. 8 is Shueisha’s next big digital hit. The Jump Plus online manga service already had a great year last year, debuting Tatsuya Endo’s SPY x FAMILY to the tune of several awards and massive sales, and that success may continue into 2020 thanks to Kaiju No. 8. Furthermore, now that the chapters 1 through 5 are available through VIZ Media, western fans now have the opportunity to see what all the fuss is about – thus jumping on the hype train long before it leaves the station.

These early chapters of Kaiju No. 8 very much remind me of early World Trigger in terms of their incredible sense of energy and narrative potential. Much like the early days of Daisuke Ashihara’s sci-fi series, it really feels like series author Naoya Matsumoto could take this story anywhere – there are enough mysteries and questions surrounding the setting that exploring any one of them would most likely prove entertaining.

But before we even discuss where Kaiju No. 8 ends up by the end of chapter 5, it is necessary to establish what makes the series tick. Although the narrative and basic premise are no doubt intriguing, it is ultimately the characters that form the basis of the series’ appeal. 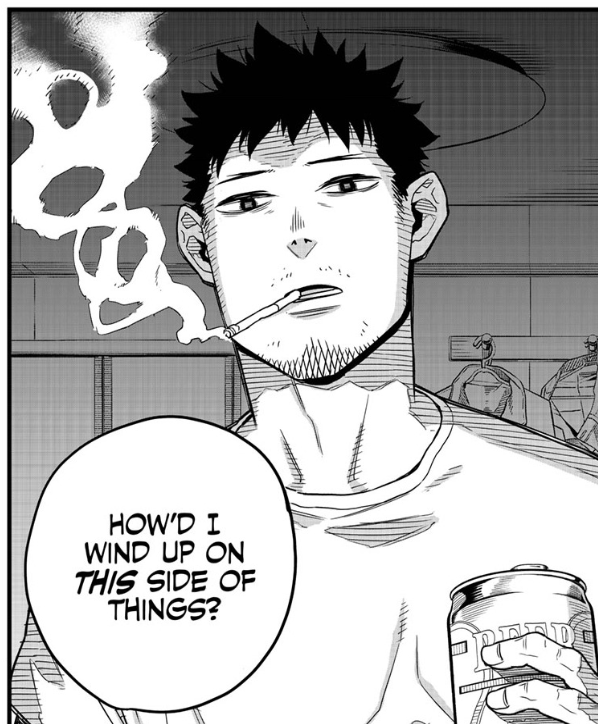 Most of chapter 1 is dedicated to setting up the protagonist Kafka Hibino, who is deeply dissatisfied with his life as a kaiju janitor and feels as though he has let his childhood friend, Mina Ashida, down given that he failed to qualify for the prestigious ‘Japan Defense Force.’ It is only through meeting the secondary protagonist, Reno Ichikawa, that his lifepath is altered for the better.

These early chapters of Kaiju No. 8 therefore combine a sense of mid-life crisis with unfulfilled childhood dreams, making for a protagonist and set of characters that we can immediately get behind. There are other characters as well, but these are not introduced until later.

Returning to the narrative, chapter 1 of Kaiju No. 8 is incredibly bombastic, introducing us to both the main concept of the world (kaiju attacks) and the main conflict of our protagonist (mid-life crisis) at the same time. It also leaves off on an incredible cliffhanger, with Kafka transformed into a kaiju by a mysterious bug and seemingly robbed of his chance to join the Defense Force.

Chapter 2 keeps up this charade for a while, following Kafka on the run as he is forced to save a little girl from a kaiju attack, but chapter 3 of Kaiju No. 8 gets the series on the straight and narrow. Instead of running with the ‘on the run’ premise, it shifts gears to funnel Kafka and Reno into the Defense Force and into a more structured plot. 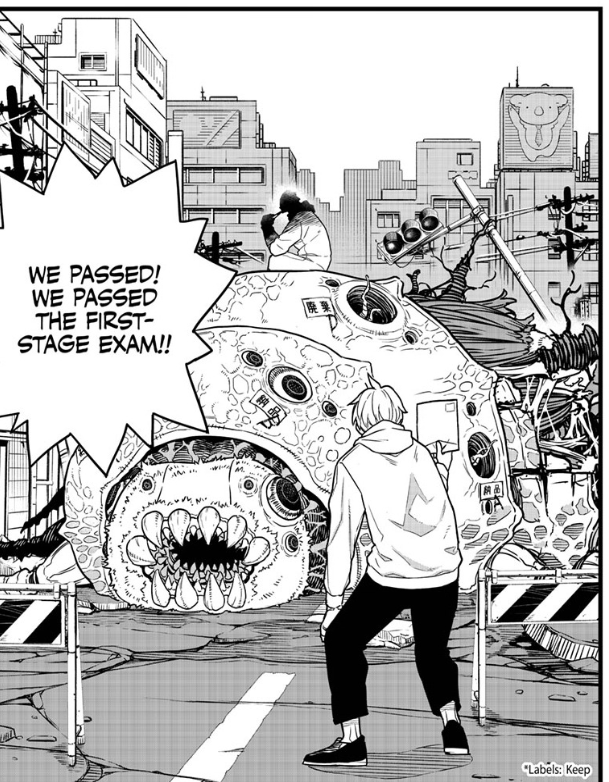 To a certain extent, this is disappointing. Much like World Trigger, it takes the mysterious energy of the early chapters and tones it down, placing it into a more manageable form for the author to progress. As such, chapter 3, 4 and 5 follow Reno and Kafka as they essentially undertake the genre-typical ‘exam,’ trying to qualify to become Defense Force agents by passing the rigorous test. So yeah, it’s basically the Hunter Exam.

Nevertheless, at the same time, this is entirely understandable. In a serialized medium, there is a need for more manageable structures, and it is hard to imagine how far Naoya Matsumoto could have taken the fugitive premise of chapter 2. But there is a clear shift in narrative gear that is hard to ignore. Was this planned from the beginning, or mandated by the editorial team in order to keep up the series’ long-term prospects? We’ll probably never know, but it is interesting to speculate nonetheless.

Where chapter 5 leaves Kaiju No. 8, then, is as a relatively standard shonen action series. True, the kaiju action isn’t something that we’ve seen executed well in a while (remember GIGA?), but much of the series reminds me of tried and tested formulas. The Hunter Exam from Hunter x Hunter has already been mentioned, but there is also the clear comparison between the Defense Force and Border from World Trigger.

Is this a slight on the series? Not at all. If you love shonen action, then you’ll probably love Kaiju No. 8 and will want to hop on the hype train before it truly takes off. The art is also solid, along with the character designs, which makes for a pleasant and engaging read. In fact, the only thing that really annoyed me is the humor, as it can be a little zany at times. But there is nothing incredibly unique here, so don’t come to the series with high expectations formed by the amount of hype both online and by word of mouth.

On a final note, it is interesting to consider the ramifications of Kaiju No. 8’s early success, making it clear that Jump Plus has another hit on its hands. Much the same thing happened to SPY x FAMILY, although it took much longer for it to hit VIZ Media’s Shonen Jump service, and just goes to show that the editorial team are cultivating the right kind of talent. Furthermore, this might spell trouble for the increasingly vacant Weekly Shonen Jump line-up, proving that you don’t have to be printed in a magazine to see success.

You can read chapters 1 through 5 of Kaiju No. 8 via VIZ Media.