Latest Commercial for Kaiju No. 8 Volume 1 Is Wonderfully Real 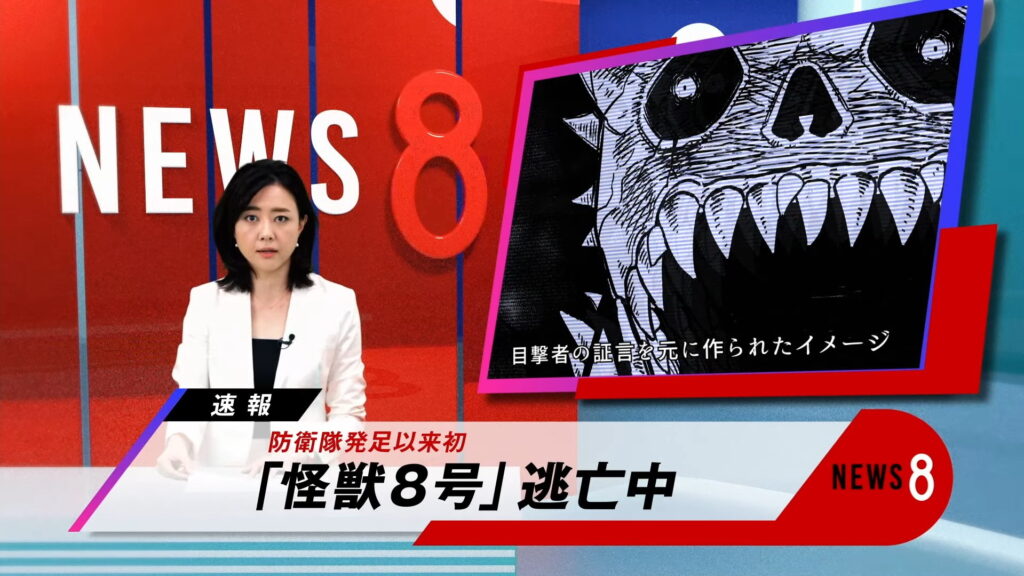 If the record-breaking success of Kaiju No. 8 on the Jump Plus app was anything to go by, then we’re expecting the release of Kaiju No. 8 volume 1 to be a huge success. The series’ first collected volume was released today in Japanese bookstores, and Shueisha has put out a new commercial to celebrate, which ties the fictional events of Naoya Matsumoto’s kaiju series into real life.

Shueisha has been on a roll with their commercials as of late. Gone are the days of boring animated manga panels; what we’re getting now are effectively short films and skits based on Jump manga, which is really cool. The recent Chainsaw Man commercials, for example, have been almost on par with an anime production.

In any case, the commercial for Kaiju No. 8  volume 1 takes a different approach. While it does feature artwork from the manga, it is mostly centered around a fake news broadcast where the presenter is interrupted halfway through the day’s top headlines to deliver ‘breaking news’ of the appearance of the titular Kaiji no. 8.

This ties in brilliantly with the story of the manga, as it is the nationwide attention afforded to him that forces protagonist Kafka to hide his shapeshifting abilities. As a result, you could actually consider this Kaiju No. 8 volume 1 commercial as canon; not something often considered when trying to promote a product.

We’re still waiting on the weekly figures to drop to truly determine the extent of Kaiju No. 8 volume 1’s success, but I wouldn’t be at all surprised if this commercial has a hand in boosting its numbers. Invariably, when you put the work in, you get your just reward; that much is true in the world of manga as it is in real life.

You can read Kaiju No. 8 for free via Manga Plus and VIZ Media’s Shonen Jump.