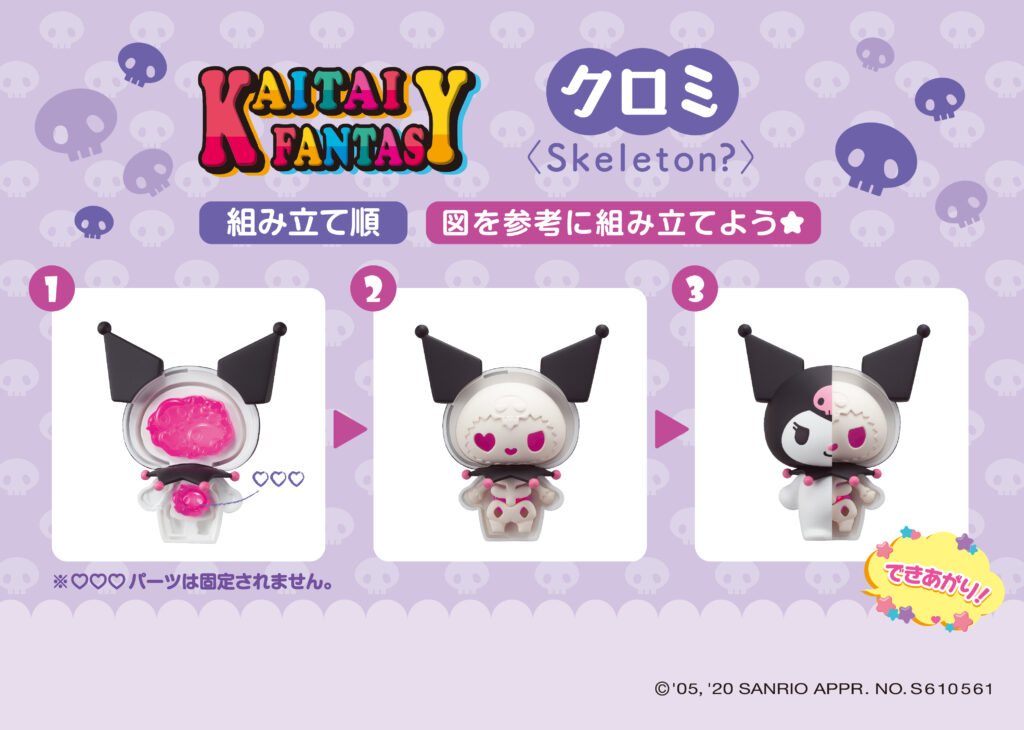 Japanese toy manufacturer MegaHouse has collaborated with Sanrio in the past with their KAITAI FANTASY Sanrio line, in 2019 to be exact. At that time they released a skeleton series of My Melody and Hello Kitty which were purchased up in a storm, selling out almost immediately. Now in 2020, they’re doing their second wave of skeleton series collaboration goods with Sanrio featuring Cinnamaroll, Pom Pom Purin, My Melody, and Kuromi. Frankly, compared to the previous release, I feel that this new round of figures looks infinitely better than the last run.

The figures themselves come in a blind box where each box contains one of the four figures. It can get really exhausting if you’re trying to get a full collection, trust me on this. There have been a number of blind boxes where I ended up having a multitude of duplicates that I was too lazy to sell, so I ended up giving them to friends. It’s the true meaning of ‘gacha’ to the fullest. The figures display half of the character in their typical fashion, but the other have removes to reveal their skeleton and rainbow cute insides. The official page states the following about the new KAITAI FANTASY Sanrio series:

“KAITAI FANTASY” is a new collection inspired by the inner workings of the characters! You can play with them by assembling and disassembling them, or enjoy them as they are.
The second set includes the world-famous Cinnamoroll, Pom Pom Purin, Kuromi, and My Melody (45th anniversary).

There are already a number of online retailers currently taking preorders for the KAITAI FANTASY Sanrio figures which are slated to launch before the end of the month. In Japan, each box will run ¥850 (approx. $8 USD), however, I have seen some of the preorders going for $30-$40 per box. If you’re looking to get them cheaper, it might be a better idea to reach out to someone that you might know living in Japan to pick them up for you and pay the shipping cost for them.