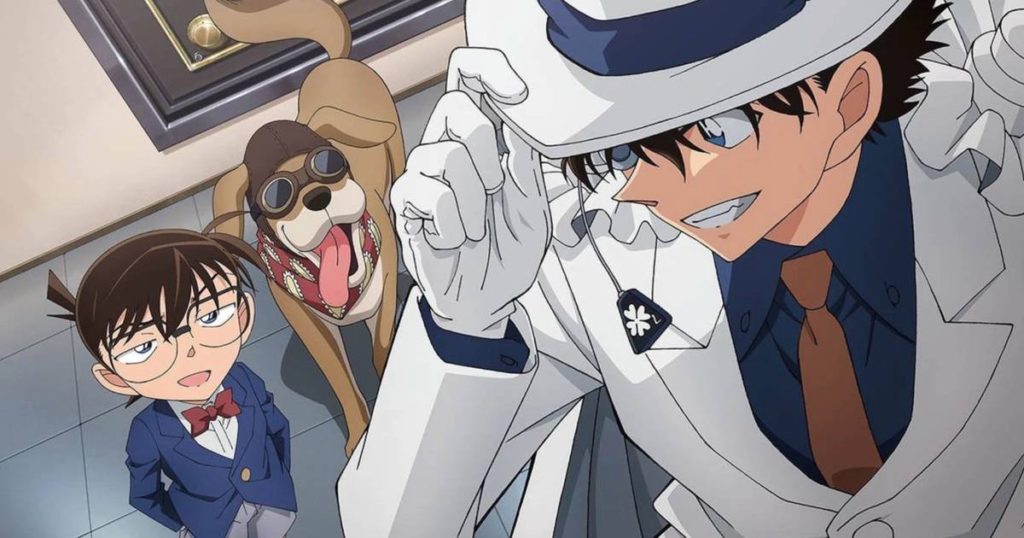 It’s not long to go now before the start of 2019, and what is shaping up to be a fantastic year at Universal Studios Japan for anime and manga fans. Perhaps more than anything else, there’s even better news for fans of Detective Conan, which is making another appearance this year as part of the ‘Cool Japan’ initiative, as each of the attractions will tie heavily into the franchise’s upcoming 23rd theatrical outing, Fist of the Blue Sapphire.

The ‘real escape’ attraction is a particularly notable example of this. Titled ‘Prologue of the Blue Sapphire,’ the attraction will see parkgoers thrust into a mystery in a Western mansion with the upcoming film’s Kaito Kid as the antagonist. Not only will the attraction see you working alongside Conan and various other characters to solve a mystery, but as the title suggests, that mystery will actually serve as a ‘prologue’ for the upcoming film – possibly giving some backstory or key plot elements to those who manage to get through it.

Of course, this presents quite a big problem for USJ – how far do they go? By fully committing to the ‘prologue’ premise and offering key information to fans who come to the park, they could attract more hardcore fans, who would come in droves. Yet, this would put those who wouldn’t be able to come to the park at a disadvantage, with also the possibility of being spoiled before the film’s April premiere. This is particularly pertinent for overseas fans, and considering that the upcoming film will take place overseas, in Singapore, Universal Studios Japan should think very carefully about this.

Thankfully, however, the way that the other attractions tie into the film shouldn’t be too problematic. The ‘mystery rally’ attraction which is returning once more this year will see parkgoers solving clues left behind by Heiji Hattori to foil another plot by Kaito Kid. From the information available, it seems like the story behind this will be fairly inconsequential, but it should still work in building hype for the film by emphasizing the role of Kid.

Furthermore, one of Kid’s self-proclaimed rivals is also set to make an appearance through this year’s ‘mystery restaurant’ attraction. Jirokichi Suzuki, who has been (unsuccessfully) setting traps for Kid for much of his life, is giving it another go by opening a new restaurant with a state-of-the-art security system and a precious jewel for bait in USJ. Restaurant goers will work alongside Shinichi Kudo and Makoto Kyogoku to foil Kid’s heist, all while enjoying the delicious themed food on offer.

Makoto is also a key character in the upcoming film alongside Kid, so it’s pretty clear that the attractions this year are focused on promoting the movie. That being said, last year was the same, with a heavy focus on antagonist Amuro Toru, so it’s safe to say that this more direct promotional element to the USJ Conan attractions will be a continuing element going forward.

And while Conan may be a big enough franchise to warrant exception, I can’t but think if this promotional element will also be incorporated into the other ‘Cool Japan’ attractions – particularly series like Evangelion and Lupin the Third, both of which have highly anticipated next installments.