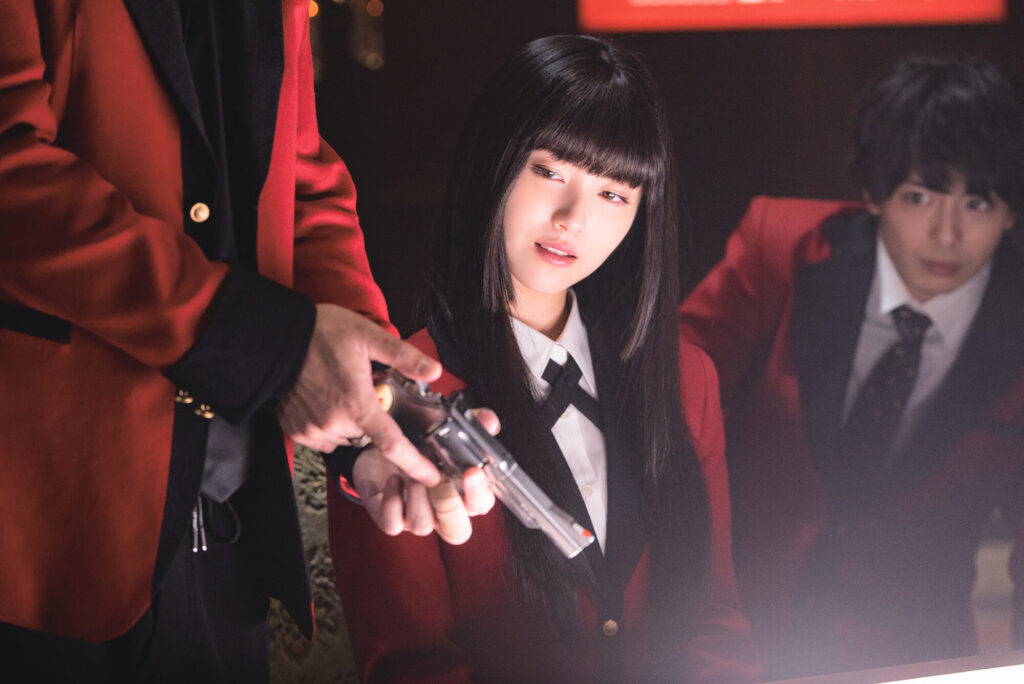 After several delays because of COVID-19, Kakegurui 2: Ultimate Russian Roulette will finally release in Japanese theaters tomorrow, with one final preview ushering in the film’s upcoming release.

Having recently been announced as one of the many Japanese films screening at Fantasia Film Festival 2021, it still remained to be seen when the film would actually be released for Japanese audiences to enjoy. Sure, following the briefly assumed new date of 12 May, the film was rescheduled to 1 June, but with COVID emergencies still ongoing it was a question whether this was simply another placeholder ahead of another delay. With the news that cinemas in Tokyo and Osaka will reopen in a limited capacity, Kakegurui 2 will finally be released in cinemas tomorrow.

To celebrate, a new video hosted by the actor Fuji Ryusei, who plays the movie’s antagonist Makuro Shikigami, was released on YouTube. In it, the actor introduced a clip from Kakegurui 2 to excite audiences about the film’s release. The clip, taken from the beginning of the film, showcases Makuro’s unhinged personality in the way he toys with his opponent during a gamble, teasing the opponent before grabbing her by the hair and asking where Yumeko is.

The story of the film is an original story told within the world of the live-action adaptation of the manga of the same name, with Makuro’s character being another original aspect of the film that doesn’t exist in the original manga. Their character as someone who’s less interested in money and proposes a more ‘thrilling’ match with Russian Roulette, and someone that was a former student, is an interesting twist on the formula that will be exciting to see.

If the preview interested you, Kakegurui 2: Ultimate Russian Roulette will release in Japanese cinemas tomorrow on 1 June, and you can find out more about the film over on the movie’s official website.